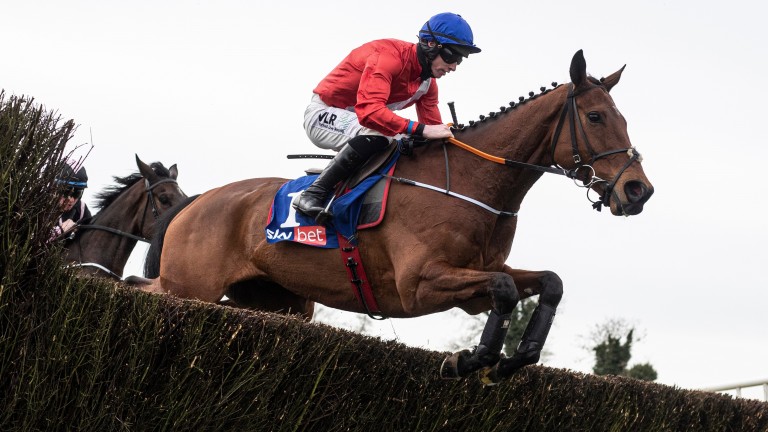 Cheveley Park Stud had no option but to remove eight horses, including superstar Envoi Allen, from Gordon Elliott due to the "shocking" photograph of the trainer sitting on a dead horse and the potential collateral damage it could do to the organisation's reputation, managing director Chris Richardson said on Tuesday.

Cheveley Park are the first major owner to leave Elliott's yard after the trainer confirmed the viral image of him sitting on a dead horse with the caption 'new work rider this morning' was genuine. Betfair terminated their ambassador agreement with Elliott on Monday.

The BHA subsequently suspended Elliott from having runners in Britain pending the conclusion of an IHRB investigation into the image, with a referrals committee hearing due to take place on Friday. 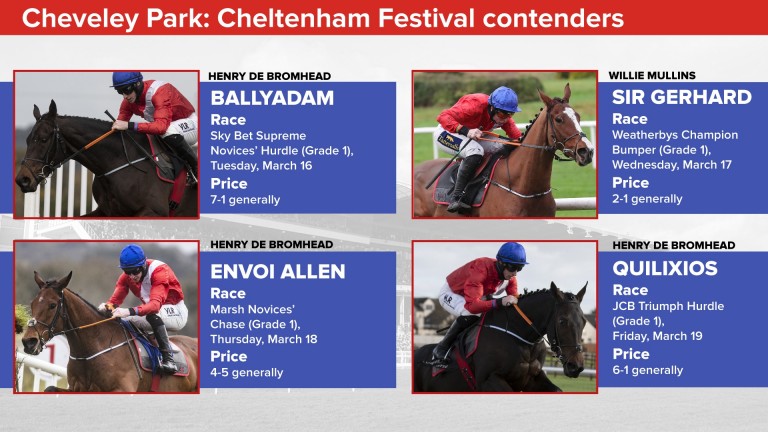 Richardson said the image and its possible impact on the Newmarket stud, which stands five stallions as well as selling foals, yearlings and mares, had been discussed at length between management, owner Patricia Thompson and her son Richard, a stud director, before a final decision was reached.

"We were, as was any horse-loving person, shocked to see the photograph and wished that to be verified before making any decision," he said.

"Throughout yesterday during discussions with Mrs Thompson and Richard Thompson we had to make some pretty severe decisions. It was just so shocking for everyone and it needed a lot of discussion between the parties to decide the way forward, which was confirmed this morning.

"Ultimately the decision was made for us because of the image and the fact we are a leading breeding operation and racing operation based in the UK. We love our horses and we have an equine cemetery here at the stud where we bury the ashes of some of our wonderful horses, both mares and racehorses, including [1992 Grand National winner] Party Politics. It was the shock of it all and having to unravel what had happened."

Comment: The tragedy of these images is they have given cause to doubt racing's sincerity (Members' Club)

Comment: Majority of horse people have been done a disservice by shocking images (Members' Club)

Asked whether Cheveley Park retained faith in Irish racing following the emergence of the Elliott image and a video of amateur jockey Rob James jumping on another dead horse, Richardson added: "Of course."

Richardson confirmed the intention to run Envoi Allen and Cheveley Park's other entries at the Cheltenham Festival following their transfer, and said: "Racing, and those passionate about racing, deserves to see a horse like Envoi Allen run, all being well. He doesn't know anything about all of this and he's only ever put his best foot forward. 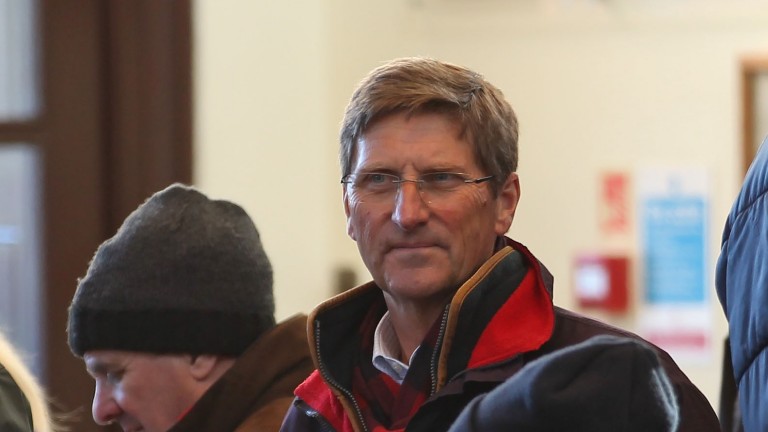 "With any of the runners we've got for the meeting you would hope that would also be the case and I think it's what Mr [David] Thompson would have been expecting."

Jack Kennedy is set to retain the ride on Envoi Allen for Cheltenham, and De Bromhead said: "I appreciate Cheveley Park sending the horses to us. They're extremely exciting horses.

"We've obviously watched on for the past few years and Envoi Allen's done incredibly well. Hopefully he'll settle in okay with us and we can keep going as he is. As far as I know Jack Kennedy keeps the ride."

Elliott was also rebuked by the the Irish Racehorse Trainers Association (IRTA) for having "let down both himself and horseracing" following the emergence of the photograph.

Michael Grassick, ITRA chief executive, said: "The ITRA utterly condemns the image that emerged over the weekend. As one of our most prominent and successful members, Gordon has a duty of care to his horses and this great sport but he has let down both himself and horseracing.

"However, we acknowledge his apology and recognise what is a very difficult time for him both professionally and personally."

#ForTheLoveOfHorses – the Twitter hashtag uniting the world of horseracing

Jack Chambers, Ireland's minister of state for sport, said Elliott should be "held fully accountable for his actions".

Speaking on broadcaster RTE, Chambers said: "Consequences are important and he needs to be held fully accountable. Everything should be on the table. Ireland has to set a high bar when it comes to animal standards."

There was further condemnation of the image from Britain on Tuesday, with the Racehorse Owners Association (ROA) backing the BHA's decision to suspend Elliott from having runners.

In a statement, the ROA said: "Owners expect their horses to be treated with the utmost compassion, care and respect; be that before, during or after their careers. Owners expect those values to be upheld at all times when placing their horse with a trainer and their staff.

"The confidence of owners and all those who watch and engage with our sport throughout the world is underpinned by the principle that the welfare of the horse is paramount and sacrosanct to all those who earn their living from looking after and caring for horses.

"The ROA supports fully the interim decision taken by the BHA to suspend any horses trained by Mr Elliott to race in Britain whilst the IHRB continues with its own investigation."

FIRST PUBLISHED 1:25PM, MAR 2 2021
Racing, and those passionate about racing, deserves to see a horse like Envoi Allen run, all being well