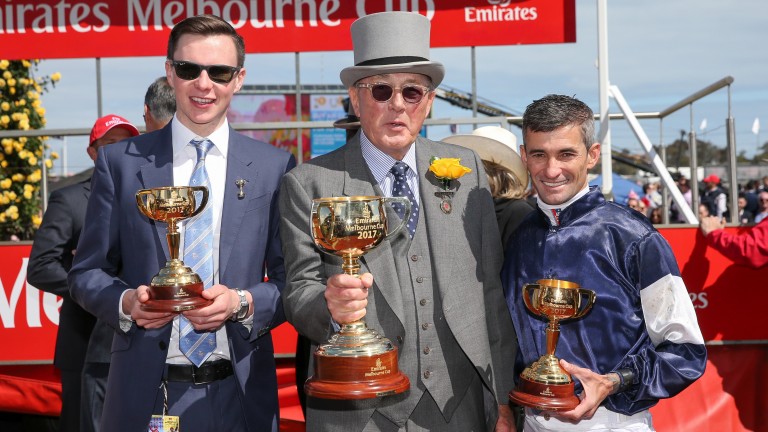 Debate has been raging in Australian racing after the most successful owner in the history of the Melbourne Cup called for racing in Australia to ban the whip.

Lloyd Williams, who has won Australia’s most high-profile race six times, argued significant damage is being done to the sport by jockeys continuing to use the stick. In response, many in the industry have defended the current rules.

Jockeys in Australia are allowed five strikes of the whip up to the half-furlong marker, after which riders can use it at "his or her discretion", with stewards able to penalise for overuse.

Williams, last successful in the Melbourne Cup with Rekindling two years ago, told Melbourne newspaper the Herald Sun: "Australia needs to be at the forefront and withdraw the whip. If we’re not proactive, the industry will be lucky to survive.

"If the industry doesn’t do something, it will be done for them. The world has changed. I have seen some research and the whip has to go.” 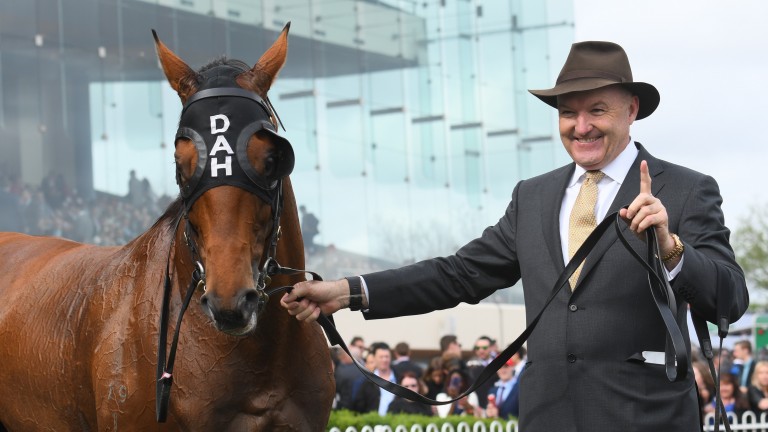 David Hayes: feels the whip is essential for controlling a horse
Vince Caligiuri

However, Australian Hall of Fame trainer David Hayes argued taking away the whip would be “a terrible overreaction”.

Hayes, who is set to return to Hong Kong to train in July, said: “There is merit to the idea but it would be a terrible overreaction at the moment.

“Over the last two or three years they have been tinkering with the whip rules and it’s been very effective. Maybe they can look at modifying them some more but I would leave it with the stewards and not change too much.

“You don’t see welt marks on horses and it’s more the noise with these padded whips – they’re a very good tool to help jockeys control their horse. Racing might not be as safe without a whip.”

ABC's special report last week into the inhumane treatment of ex-racehorses at a Queensland abattoir has put the spotlight on the sport in Australia, with the nation's agriculture ministers set to discuss the re-homing issue.

Racing Victoria, the sport’s governing authority for the state, said it is important for the industry to recognise evolving community expectations. 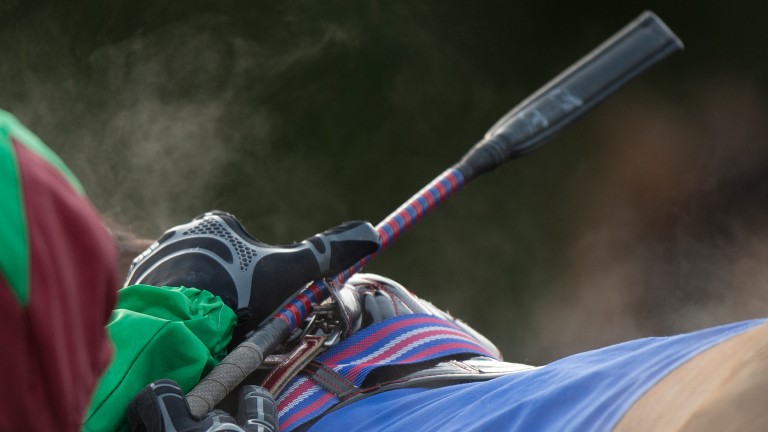 The whip: can be used five times prior to the half-furlong marker in racing in Australia
Edward Whitaker / racingpost.com/photos

A Racing Victoria statement read: “While our veterinary team are not seeing any evidence of a welfare problem on raceday, we understand the need to consider the perception of the padded whip and this is something the industry nationally must continue to debate.

“As events of recent days have shown, it is important that all within the Australian racing industry recognise that community expectations continue to evolve. We understand that and will ensure they remain a key consideration, along with the horses’ welfare, as we continue to discuss the use of the padded whip and the rules governing it.”

FIRST PUBLISHED 2:05PM, OCT 23 2019
If the industry doesn’t do something, it will be done for them. The world has changed. I have seen some research and the whip has to go