Leading layer takes out injunction against HRI over new rules 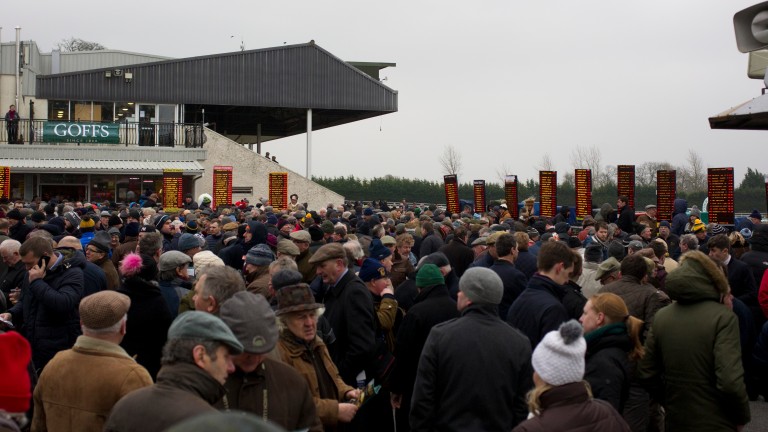 Brian Graham has taken out an injunction on Horse Racing Ireland
Patrick McCann
1 of 1
By Brian Sheerin 6:23PM, FEB 9 2017

Proposals that were agreed as a progressive means of revitalising the betting ring have been put on hold after prominent layer Brian Graham took out an injunction to prevent Horse Racing Ireland implementing the recommendations.

Negotiations between the Irish National Bookmakers Association (INBA) and the Association of Irish Racecourses (AIR) had concluded with an arrangement that advocated granting bookmakers access to areas that have been out of bounds.

However, the Racing Post understands Graham is unhappy with the prospect of bookmakers being able to bet in premium areas outside of the bookmakers’ ring and that the new pitch rules - which were introduced in March 2016 - affect his seniority rights as a bookmaker.

Graham confirmed: “I have taken out an injunction against HRI but I have been advised not to comment any further on the matter and I am afraid that’s all I am willing to say at the moment.”

Although the new pitch rules were passed at last year’s AGM and most of the changes have been implemented, Graham has taken issue with the revision that could lead to bookmakers operating outside the traditional betting zone.

HRI’s betting division manager Paul Finegan explained: “We have been informed that Brian Graham has a court order preventing HRI implementing any further changes to the racecourse executives' seniority and pitch rules.

“The rules are between the bookmakers, the racecourses and AIR and they basically define what bookmakers can do and where they can go on a racecourse. Quite simply, they are nothing to do with HRI as we only implement the rules but Mr Graham can prevent us from doing so by taking out a court order, which he has done.”

Finegan added: “There were a number of rules brought in last March and Mr Graham is objecting to one of the rules that will affect bookmakers setting up pitches in premium betting areas.

"Rather than relying entirely on the betting ring where bookmakers rely on the punters coming to them, they simply feel setting up pitches in certain areas around the racecourse – for example the parade ring at Leopardstown or between the two stands at Galway – would attract more business.

“The bookmakers would like to bet in more places than the betting ring. The selection process in which bookmakers get picked to take up these areas has obviously created a problem as well. However, from what I can gather the majority of bookmakers are in favour of the new pitch rules and it was largely viewed as a positive step forward to create more turnover.”

Each pitch at a racecourse comes with seniority rights and the oldest pitches derive the most seniority. Graham believes the new pitch rules could affect his rights as a senior pitch owner.

The controversial revelation comes just 48 hours after the bookmakers’ AGM, at which Graham was not re-elected on the committee of the INBA.

The new INBA committee for 2017 features Brian Keenan as new chairman, Ricky Gernon as vice-chairman, Francis Hyland as secretary and Colm White as treasurer. Daragh Fitzpatrick was elected as the INBA’S HRI board representative.

David Power, Justin Carthy and Damian O’Hare have retired from their respective positions on the board.

FIRST PUBLISHED 6:23PM, FEB 9 2017
We have been informed that Brian Graham has a court order preventing HRI implementing any further changes to the racecourse executives seniority and pitch rules