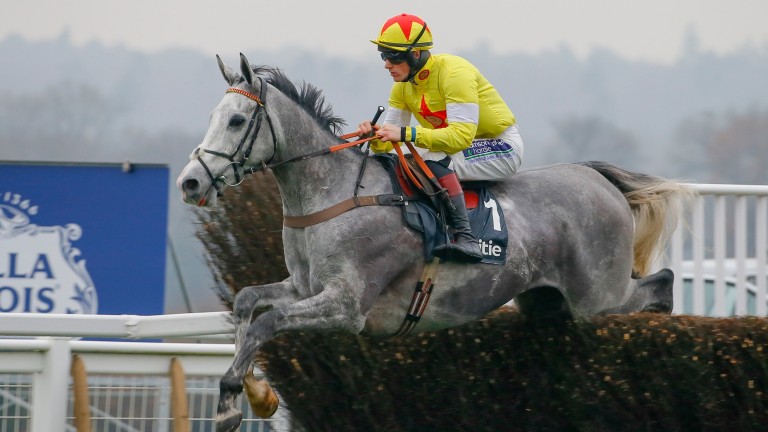 The apprentice takes on the master at Kempton when the Dan Skelton-trained Pain Au Chocolat attempts to lower the colours of Paul Nicholls's JLT Novices' Chase market principal Politologue in a £20,000 graduation chase that has attracted just two runners.

The 2m4f contest, open to five-year-olds and upwards who have won fewer than three chases, has attracted no more than seven runners in the last eight runnings with four runners lining up in the past three years, and if official ratings are anything to go by, it will take a career best from Pain Au Chocolat to defeat the long odds-on favourite.

Stuart Middleton, BHA racing manager, said of the two-runner turnout: “It’s always disappointing when a race achieves a small field and we will pick this up with Kempton Park during our strategic review of the programme for next year.

“We’re still committed to the concept of graduation chases as a race type as they do provide a genuine developmental opportunity for a certain profile of horse, albeit that on this occasion we might review the positioning of this race within the season.”

Politologue, owned by John Hales, is as short as 6-1 for the JLT with bet365 and finished second to Waiting Patiently in a Grade 2 novice chase at Haydock last month.

Harry Derham, assistant trainer to Paul Nicholls, said: "Paul [Nicholls] has always been a big supporter of graduation chases because these types of races are very important to give novices like Politologue some more experience.

"Politologue is absolutely fine and it's a nice stepping stone towards Cheltenham. We're hoping the first-time hood will relax him a little bit more."

Skelton’s six-year-old, rated 12lb inferior to Politologue, has to give 4lb to his rival.

Tom Messenger, assistant trainer to Skelton said: "There’s always the danger, particularly leading up to Cheltenham, that people want to protect their handicap marks and it’s disappointing that a race offering such money can only attract two runners.

"Politologue is a very good horse and will be hard to beat but you’d like to think our lad has got a nice prize in him as he seems progressive.

"He didn’t travel very well up to Musselburgh so you can put a line through that run."

FIRST PUBLISHED 6:00PM, FEB 9 2017
We’re still committed to the concept of graduation chases as a race type as they do provide a genuine developmental opportunity for a certain profile of horse