Japan (near side) just edges ahead close home to win the Beresford
Alain Barr
1 of 1
By David Jennings UPDATED 6:46PM, MAY 6 2019

It has been 17 years since a winner of Leopardstown's Derrinstown Derby Trial followed up in the Investec Derby at Epsom but Japan will try to emulate what High Chaparral did in 2002 after Aidan O'Brien revealed the exciting son of Galileo would skip Lingfield on Saturday in favour of a trial on home soil on Sunday.

Japan, bet365's joint-favourite for the Derby alongside Too Darn Hot at 6-1, has not been seen since edging out stablemate Mount Everest in the Beresford Stakes at Naas in September, and O'Brien was not keen for him to travel too far this weekend after the suffered colt a small setback which confined him to the easy list for a few days three weeks ago.

"Japan is entered at Lingfield but I am thinking that he will instead run in the Derrinstown Derby Trial at Leopardstown along with Anthony Van Dyck and Broome," said O'Brien on Monday evening.

The trainer added: "Japan had an easy week about three weeks ago, along with Anthony Van Dyck, and we don't want to go too far away with him for his first run back. In saying that, we do need to get a run into him.

"I just have to be a bit careful starting Japan back. Whatever he does at Leopardstown, he will come forward a good bit for the run. The Epsom Derby has always been at the front of the picture for Japan."

The Ballydoyle's Epsom battalion will be minus at least one after O'Brien ruled Mount Everest out of the Classic on June 1. 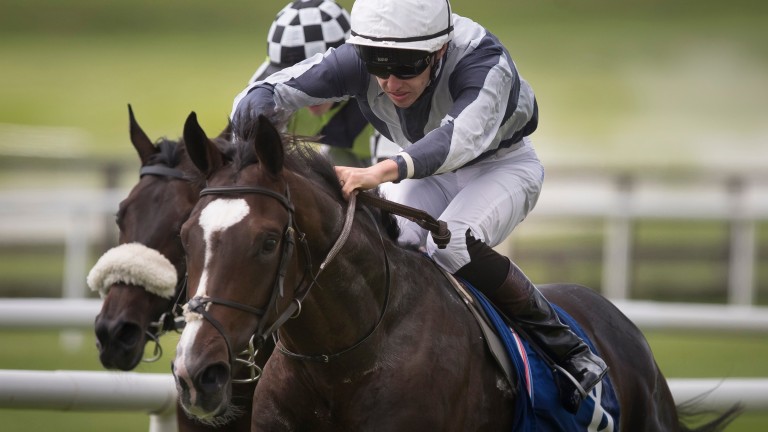 Mount Everest: will miss Epsom after a setback
Patrick McCann

"Mount Everest had a little setback last week which means he is going to have a month off. That means he will be out of the Derby picture but we will have him back at the back-end of the year," said O'Brien.

After claiming the first two Classics of the Flat season at Newmarket last weekend, O'Brien issued updates on Magna Grecia and Hermosa, with the 1,000 Guineas winner now likely to bid for the Irish equivalent rather than head for the Investec Oaks at Epsom.

O'Brien said: "It was a great weekend. I was delighted with Magna Grecia and the plan is to go to the Curragh now for the Irish 2,000 Guineas.

"I was delighted with Hermosa too. We had it in our heads that she would go for the Oaks with her but it is possible she could come back to the Curragh for the 1,000 Guineas instead of the Oaks. That mile at the Curragh should suit her really well we think."

O'Brien also revealed his team sheet for Chester this week, with Kew Gardens leading the side in the Ormonde Stakes on Thursday.

He said: "Kew Gardens will run on Thursday at Chester in the Ormonde Stakes. We were thinking that if he handled Chester he would then go on to the Coronation Cup at Epsom. 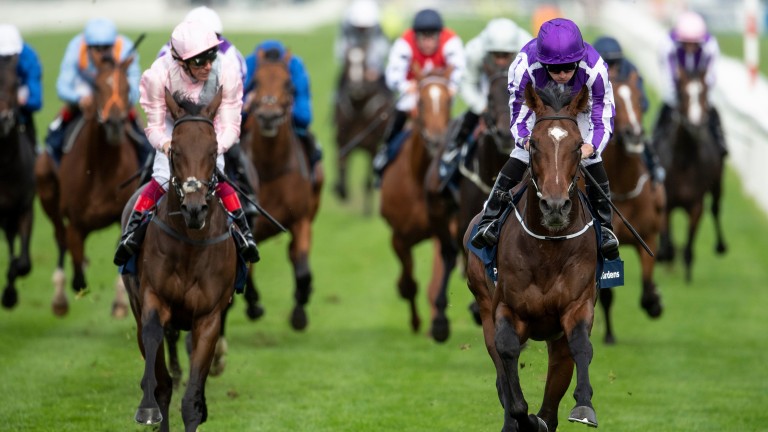 "That's what I am hoping. He was disappointing in the Derby at Epsom last year but maybe it was because we didn't give him a chance and rode him too forward."

He added: "We have Norway, Gentile Bellini and Sir Dragonet for the Chester Vase on Wednesday and then on Thursday, Mohawk and Circus Maximus for the Dee Stakes. That's the way we are thinking at the minute."

A wet start is forecast at Chester with significant rain and cool temperatures expected on Wednesday.

Clerk of the course Andrew Morris said on Monday: "The ground is good now and we are forecast two dry days until low pressure moves in on Wednesday.

"We're going to get rain and there could be some significant amounts, possibly 8mm, which could put us at good to soft or soft. On Thursday and Friday the forecast improves – it's not going to be warm but it should be dry with the odd sunny spell."

FIRST PUBLISHED 6:30PM, MAY 6 2019
I just have to be a bit careful starting Japan back. Whatever he does at Leopardstown, he will come forward a good bit for the run