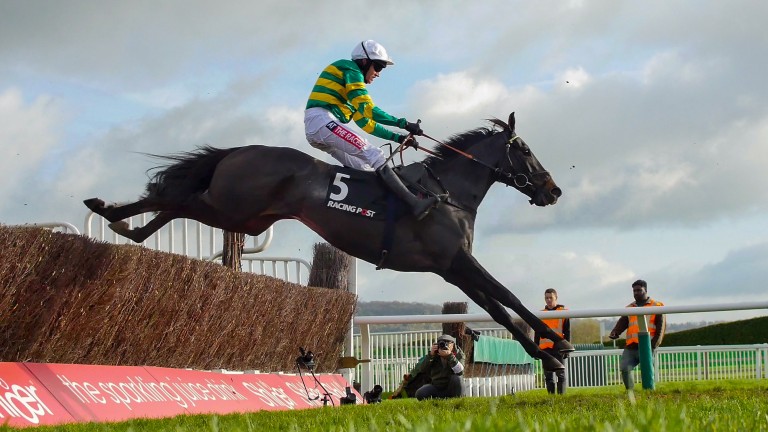 Paul Nicholls is making a habit of leaving it late to get on the board at the Cheltenham Festival, almost as late as Barry Geraghty left it on Le Prezien, but he came with a storming late run to win the Grand Annual in the manner of an exceptionally well-handicapped horse.

Pacha Du Polder notched Nicholls' sole winner at last year's festival in the 26th race. It took him as long for the same horse to get him on the board this time round, but then in the 28th and final race he joined messrs Mullins, Elliott, Henderson and Tizzard as a multiple winner. There were not many easier winners all week.

In a race one jockey described as "pure carnage", Geraghty, on the shortest-priced of five runners for JP McManus, plotted a steady course. Much like Nicholls this week he was always there, hovering around looking threatening – but not quite front and centre. And then, right when it looked like the festival may pass him by, Le Prezien did his best impression of his trainer and came with a roaring late run.

"It's been a bit of a tough week with some of them hating the ground and others not being good enough, but to end the week with two winners I'm delighted," said Nicholls, who added: "He deserved to win a good one."

On his own fortunes he said: "Most of ours have hated the ground so it was always going to be a tough week. We've been there before and we'll be there again, the only edge you've got these days is in getting the right horses so we'll keep our head down and keep trying to find them." 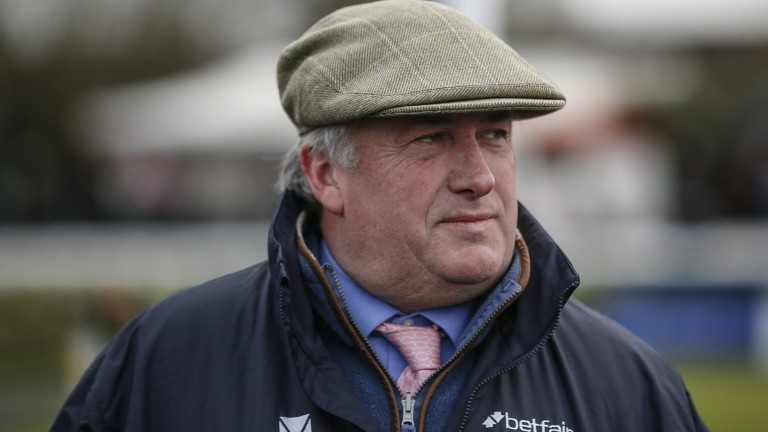 Paul Nicholls: was pleased to finish the week on two winners
Alan Crowhurst

In Le Prezien he has a horse who was second in a Grade 1 to Yorkhill at the Grand National meeting as a novice, and Geraghty is certain that class helped.

The rider said: "He crept through it nicely, I got a clear enough run, he travelled nicely and he jumped a lot better, which was a big help."

FIRST PUBLISHED 5:44PM, MAR 16 2018
Although he wants further we thought we would get away with two miles on this ground