Talk of the Tracks SEDGEFIELD 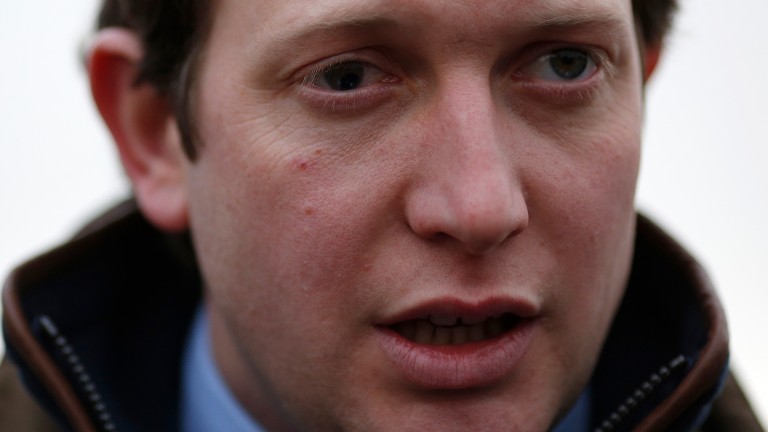 It is rare you see a really class act at Sedgefield, but perhaps we did here for Le Breuil, who runs in the colours of Emma Collins, looked a fine prospect when making a winning debut over jumps in the 2m4f novice hurdle.

He looks a natural jumper as he barely touched a hurdle despite his lack of experience, and Tom Cannon had the race sewn up well before the final flight. The rider allowed him to coast home but he still won by nine lengths from former point-to-pointer The Bay Oak.

He was the first winner with his second runner on the course for Ben Pauling, who brought horses north for the softer ground, and said: "Le Breuil is a very decent horse. We were going to go down the bumper route and aim him at the Champion Bumper and we couldn't believe it when he was beaten at Bangor last time, so we changed the plan.

"His jumping has always been really good, he was electric there and Tom said he'd have won at any trip. We'll definitely step him up in grade now."

Pauling added that his star novice hurdler from last season, Barters Hill, could make his eagerly awaited debut over fences at Cheltenham on Friday.

Prime off the mark

The Evan Williams-trained Prime Venture is another held in high regard, and after winning a Ffos Las bumper on his debut last season he made a successful start to his career as a hurdler by winning the 2m1f novice event.

Although sent off a well-supported 5-2 chance, it didn't all go quite to plan as he was edging left going to the last, but rider Adam Wedge straightened him up and the pair went away to win by three lengths.

Wedge said: "He's a very nice horse. He was having a good look going to the last so it was lucky I had a horse on my inside and he went away and won it well."

Easy in the end for Drumlee Lad

Brendan Powell had just one ride on the card and it was a winning one, as he took the novice limited handicap chase on fencing newcomer Drumlee Lad for trainer Johnny Farrelly.

The winner scored by 17 lengths, but that exaggerated his superiority as he was left clear at the final fence when his nearest rival, Bishops Court, came down, giving Noel Fehily a nasty fall.

Fehily missed his next ride but returned to action later in the day.

The winner runs in the colours of Roger Brookhouse, and Farrelly said: "He was always going to be a better chaser than hurdler. He tended to rush his hurdles but he settled and jumped well today.

"He's in again at Uttoxeter on Saturday but I'll speak to Mr Brookhouse before deciding whether he runs."

Make a note of Le Breuil, who looks a class act after his impressive debut over hurdles.

FIRST PUBLISHED 5:36PM, NOV 8 2016
We couldn't believe it when he was beaten at Bangor last time, so we changed the plan