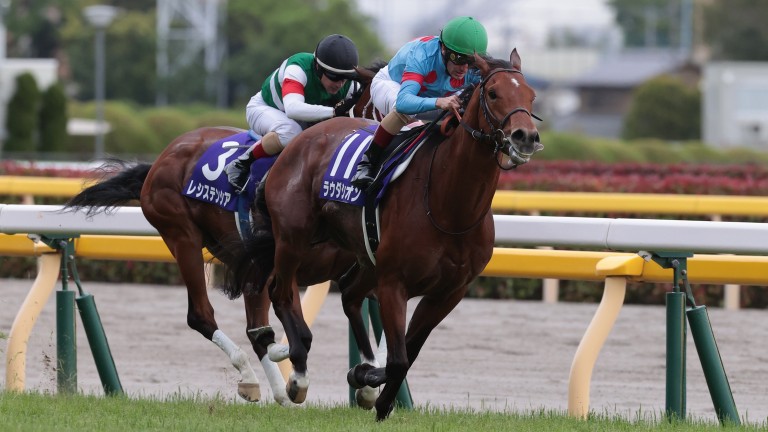 Racing prominently under jockey Mirco Demuro, Lauda Sion sat on the shoulder of leader Resistencia before mounting his challenge inside the final two furlongs, drawing away to register a comfortable length-and-a-half victory.

Demuro said: "I knew the track today ran better for front-runners, and considering he's usually an evenly paced colt I planned to keep him well up in front.

"He's always quick out of the gate so we were able to secure a good position and I felt he had plenty to outrun the filly in the final stages."

The NHK Mile was been won by a number of illustrious names in the past including the likes of El Condor Pasa, King Kamehameha and Mikki Isle.