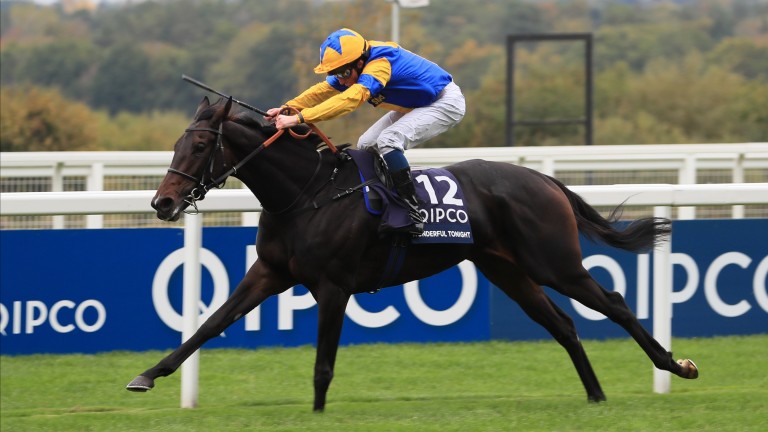 Wonderful Tonight: could be partnered by Oisin Murphy for the first time at Ascot on Saturday
Mark Cranham (racingpost.com/photos)
1 of 1
By Matt Rennie UPDATED 6:38PM, JUL 20 2021

David Menuisier has spoken of his delight to call upon champion jockey Oisin Murphy to ride Wonderful Tonight in the King George VI and Queen Elizabeth Qipco Stakes at Ascot on Saturday, but the trainer has urged caution over her participation in the race unless there is significant rainfall.

Murphy, the top rider in Britain for the last two seasons and currently leading this season's title race, has picked up the plum spare ride aboard the four-year-old, with her regular rider William Buick set to partner Derby winner Adayar as retained rider for owners Godolphin and Charlie Appleby.

The daughter of Le Havre was one of the biggest improvers of last season, culminating her campaign with Group 1 successes at Longchamp and over course and distance in the British Champions Fillies & Mares Stakes, and will be ridden by Murphy for the first time.

Wonderful Tonight is a 10-1 chance for the Berkshire track's summer showpiece, having made a winning return in the Hardwicke Stakes at last month's royal meeting.

Menuisier said: "I'm delighted to be able get one of the top jockeys in the world. He's been riding for us a fair bit and is the perfect replacement. William obviously has first call on the filly, but as he can't ride her, I thought it was an obvious decision to call on Oisin.

"Let's not get ahead of ourselves yet though, we need to get the weather first. They're all tough opponents so I'll be concentrating on my filly and if we go, we are prepared to take on whoever lines up."

The Aidan O'Brien-trained Love, successful on her reappearance in the Prince of Wales's Stakes at Royal Ascot, heads the King George betting at a general 5-4, with Adayar next best at 15-8, while Irish Derby second Lone Eagle and Mishriff are 6-1 chances.

The going at Ascot on Tuesday was good to firm, good in places and dry conditions are expected at the track until Friday before a possibility of thunderstorms on Friday evening and on raceday, with 10mm of water applied to the track on Tuesday according to the BHA's racing administration site. 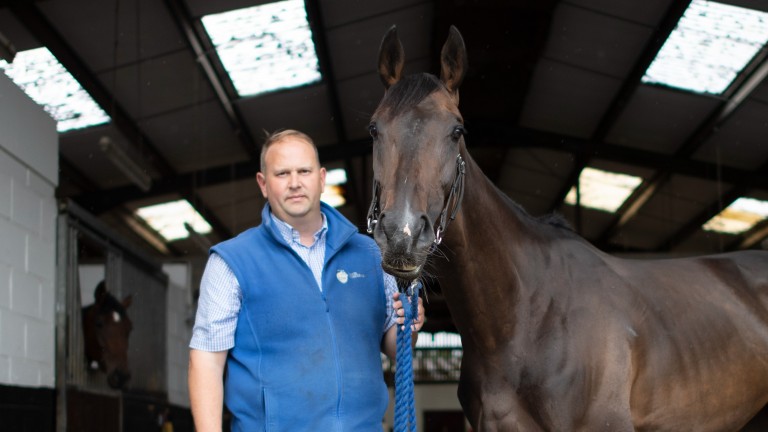 Wonderful Tonight's last two victories at Ascot came on ground described officially as soft, and should conditions prove to be too quick, the West Sussex-based trainer could re-route his stable star to the Qatar Goodwood Festival instead.

"She's buzzing and ready to go whenever we want her to," Menuisier added.

"It's composed excitement as we are very ground dependent, so the chances are we might not be able to go. We are quite relaxed about it, if it falls in our favour then we'll be delighted. If not, we'll be patient and wait for another option.

"The very strong next option would be the Lillie Langtry Stakes at Goodwood the following weekend. There's a bit of rain forecast down there at the moment for next week. If we can't make the King George, fingers crossed we can go there and get another run under our belt."

'We couldn't be happier' – Battaash in prime shape for Glorious Goodwood

FIRST PUBLISHED 5:00PM, JUL 20 2021
I'm delighted to be able get one of the top jockeys in the world. He's been riding for us a fair bit and is the perfect replacement