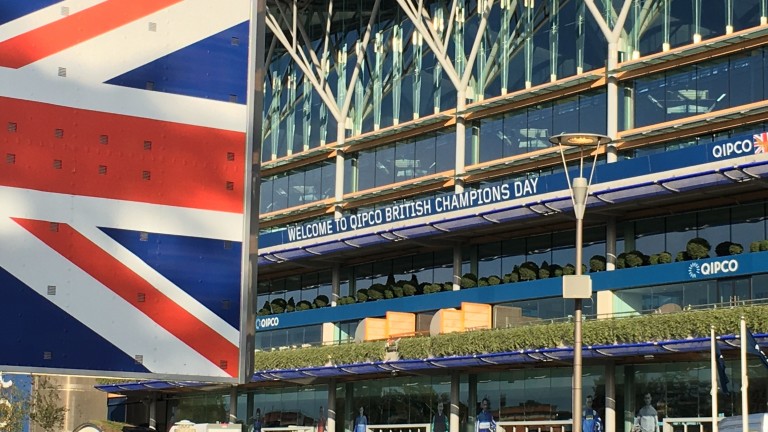 Stradivarius and Palace Pier will be the bankers of the day for many on British Champions Day at Ascot, but the record of short-priced favourites at the meeting strongly favours Palace Pier out of the pair.

The marathon contest has produced some of the biggest upsets in Champions Day history, with Order Of St George only fourth when sent off 4-6 in 2016 and Stradivarius beaten into second by Kew Gardens last year when sent off at 8-13.

Order Of St George won at 4-5 a year after his defeat. Stradivarius was third that day before winning as an even-money shot the following year, but those have been the only two winning favourites in the race in its Champions Day guise so the race is definitely one to be wary of.

Stradivarius also has to overcome a quick turnaround of 13 days from the Prix de l'Arc de Triomphe, in which he finished seventh, and that same short gap may have played its part in Order Of St George's odds-on defeat in this race.

Following confirmation that 2,000 Guineas winner Kameko will not run, Palace Pier has hardened as QEII favourite. The unbeaten Royal Ascot winner has an awful lot going for him, including the record of favourites in the prestigious mile contest.

The race has had two odds-on shots in the history of British Champions Day – Frankel at 4-11 in the very first running in 2011 and Excelebration a year later at 10-11. Both won emphatically.

In all, seven of the 11 short-priced favourites on British Champions Day – those sent off at evens or shorter – have won since the season-ending showpiece was inaugurated in 2011.

Three of those wins have come in the Champion Stakes, which has a competitive look this time around with Magical and Mishriff at the top of the market, although last year's winner Magical took over outright favouritism on Tuesday when Aidan O'Brien confirmed her for the race.

With Magical destined for the Champion Stakes, Wonderful Tonight is edging favouritism in the Fillies & Mares at around 4-1, while the Champions Sprint market is headed by general 6-4 shot Dream Of Dreams.

'We hope he's back!' - trainer Philip Hobbs talks Defi Du Seuil on What A Shout One trainer, one horse, one jockey and one race to watch on Saturday Four horses who will appreciate the ground at Ascot and Navan on Saturday Harrington bemoans 'seriously annoying' paperwork for sending runners to Britain Who will win the Clarence House Chase at Ascot? Our experts have their say Brian Hughes keen to strike another blow for 'second-class citizens' at Ascot