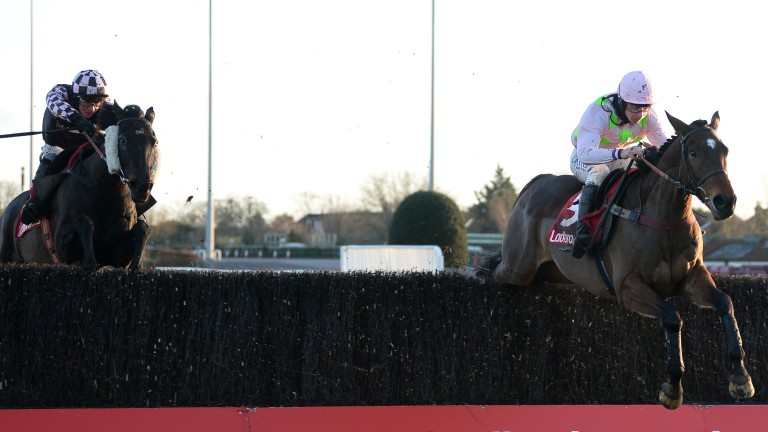 Rich and Susannah Ricci told Venetia Williams to keep them in mind should she find a nice prospect and leading novice chaser Royale Pagaille has proved the Grand National-winning trainer's judgement spot on.

The early signs were not too promising as the seven-year-old did not run for a year after his €70,000 purchase and failed to beat a rival on his first two starts in Britain. This season has proved quite the turnaround.

Royale Pagaille defeated Espoir De Romay at Haydock on his return and won a handicap chase at Kempton over Christmas on the bridle. His rating went up a stone and then another 2lb after third-placed Double Shuffle boosted the form with victory back at the Sunbury track on Saturday.

The Riccis' sole runner in Britain this season is now the second highest-rated novice chaser according to official marks, behind Arkle favourite Shishkin, and having a horse with Williams had been in the offing for a few years.

Williams, who celebrated a treble at Leicester on Wednesday, said: "I met Rich through Andrew Brooks a number of years ago. We've met up on a few occasions since and he said a few years ago, if I found a nice horse then to get in touch, so I'm delighted to have found one."

The novice chaser is entered in the Magners Cheltenham Gold Cup, for which he is a best price 66-1 with bet365 and this week was backed into 33-1 (from 50-1) with Paddy Power and Betfair Sportsbook, and a best price 22-1 with bet365 for the Festival Novices' Chase (formerly known as the RSA).

Royale Pagaille, who shares a joint-top Racing Post Rating of 160 in the staying novice chase division with Monkfish, also figures prominently in the betting for the Ultima and National Hunt Chase, but his spring targets will become clearer after contesting the Grade 2 Peter Marsh Handicap Chase at Haydock on Saturday week. 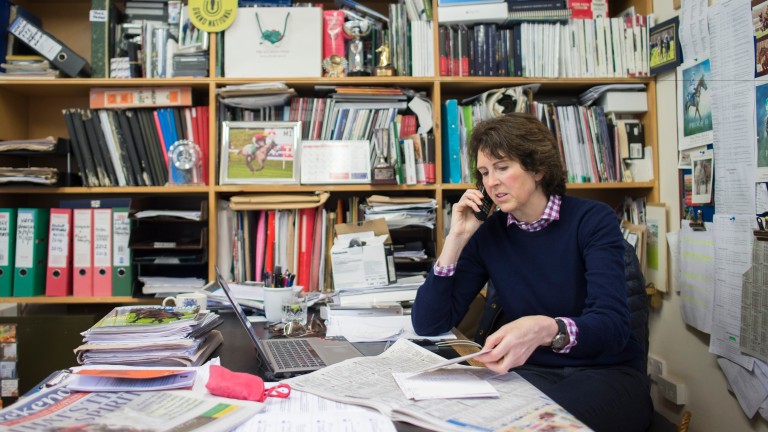 Williams said: "The handicapper has gone and popped him up another two after Double Shuffle's victory which I thought was a bit punchy as he would have probably been beaten had the other horse jumped the last better. The plan, all being well, is to go to the Peter Marsh at Haydock on Saturday week. We will take it one step at a time with him.

"I got him at the sales in France two years ago but he didn't run for a year after I got him. It took a while to get him sorted. He was a tad disappointing in the first couple of runs the previous season for us, but we're thrilled he has stepped up now.

"I do find it slightly intriguing the handicapper has taken the view of putting him up above most of the novices that have been running in the Graded novices, which seems a little bit bizarre.

"You have to remember at Kempton he was running against handicappers and not all of them were at the top of their game. I've no doubt the second was in good form but there were quite a few that weren't. We will see how he goes at Haydock and make further decisions after that."

FIRST PUBLISHED 10:00AM, JAN 15 2021
He was a tad disappointing in the first couple of runs the previous season for us but we're thrilled he has stepped up now

Mullins lands treble as Bapaume books Punchestown festival spot Policy Of Truth a big player for French Guineas in more ways than one 2021 Scottish Grand National result: where your horse finished and who won Radio documentary on Sunday puts jockeys' mental health under the microscope Find out about Members' Club, the ultimate resource for racing fans and punters Watch now: follow the action from Ayr and Newbury on Racing Post Live