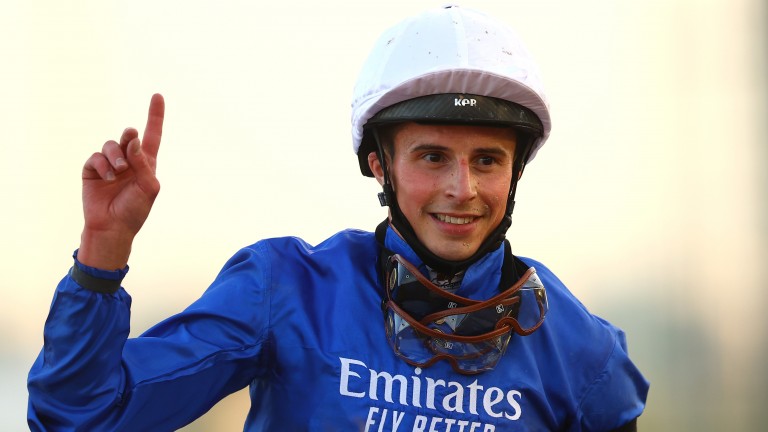 William Buick: is tied with Oisin Murphy at the top of the champion jockeys' title standings
Francois Nel/Getty Images
1 of 1
By Chris Cook UPDATED 8:02PM, JUN 15 2021

A hard-fought success on Reshoun in Tuesday's Ascot Stakes (5.00) came at a cost for William Buick, who was given an 11-day suspension and a fine of £1,150 for his use of the whip.

A notice posted on the BHA's stewarding page on Tuesday night said he had used it "above the permitted level and down the shoulder in the forehand from approaching the final two furlongs".

Watch a replay of Reshoun winning the Ascot Stakes on Tuesday

Sent off at 66-1, Reshoun was to the fore from an early stage in the marathon handicap, scrapping his way to the lead inside the final furlong and then having to withstand a strong late challenge from the fancied M C Muldoon. The winning margin was just a short head.

"I thought the horse ran a blinder," said the winning trainer, Ian Williams. When told of the stewards' decision, he added: "I'm very disappointed to hear William's received a ban of that length. There was certainly nothing that struck me as I watched the race to make me think that was coming. I'm a little shocked." 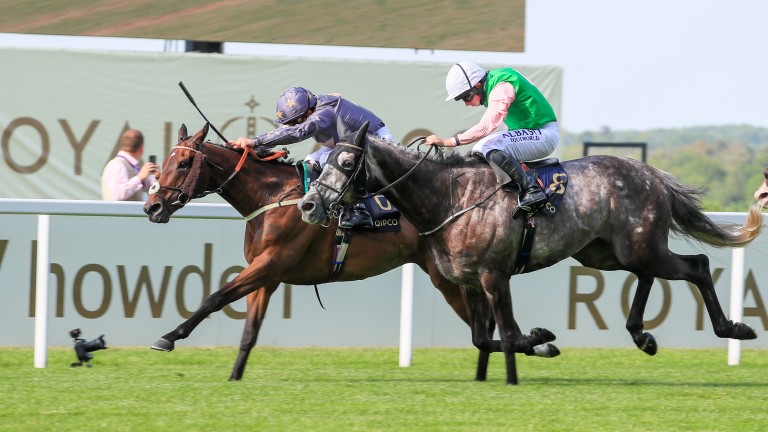 An 11-day ban will be a significant obstacle to Buick as he continues to chase a first champion jockeys' title. He and Oisin Murphy are tied at the top of the table with 37 winners each after both rode winners on the opening day of Royal Ascot. Murphy was favourite to retain his title at 5-4 last night, while Buick's odds ranged between 11-8 and 7-4.

No more official information was available as to how the stewards reached the figure of 11 days as a suitable penalty. The number of days need not relate directly to the number of times the whip has been used but is instead a global penalty reflecting the stewards' view of the gravity of the offence.

The fine of £1,150 is automatically generated once the suspension has been determined and is also related to the value of the race.

Expert jury: Palace Pier v Poetic Flare: which camp are you in for the Sussex Stakes?

'Wonderful old horse' Solar Impulse set for French adventure after tenth win Brunch tastes good for William Buick as rider enjoys wonderful weekend The King George was great but this Saturday at Ascot is far more important Forgive the gushing enthusiasm but I feel like I have seen something special Who is better - Hurricane Lane or Adayar? Our experts have their say Zain Claudette holds on to provide Ray Dawson with emotional first Group win