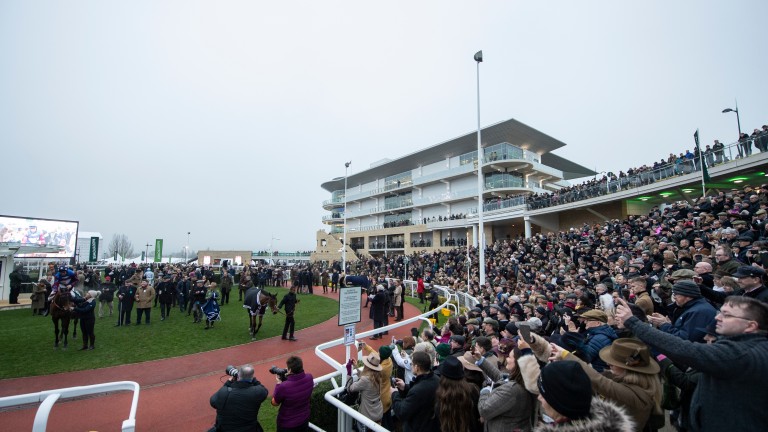 From Wednesday, December 2, spectators will be allowed into certain racecourses in England following a relaxation of government coronavirus restrictions – but whether tracks can admit customers depends on which tier the local area has been placed into.

We have reviewed the entirety of the December fixture list to identify which meetings might be able to host paying customers again. Tracks in Tier 2 areas – there are none in Tier 1 – can host up to 2,000 spectators or 50 per cent of their total capacity (whichever is lower), while those in Tier 3 can only stage action behind closed doors.

Remember each racecourse will have restrictions on numbers of spectators and is likely to give precedence to annual members, but as the below list shows, there are plenty of meetings potentially open to spectators over December.

Race meetings in December where up to 2,000 spectators will be allowed (Tier 2) 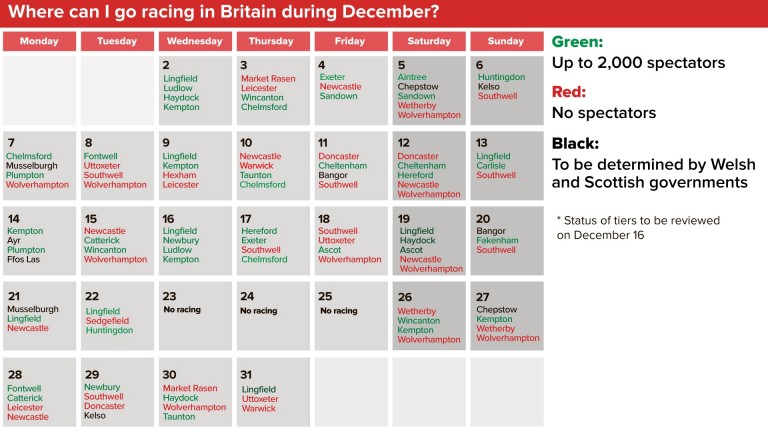 To be determined by Welsh or Scottish governments

*Tiers will be reviewed on December 16

FIRST PUBLISHED 2:36PM, NOV 26 2020
There are plenty of meetings potentially open to spectators over December