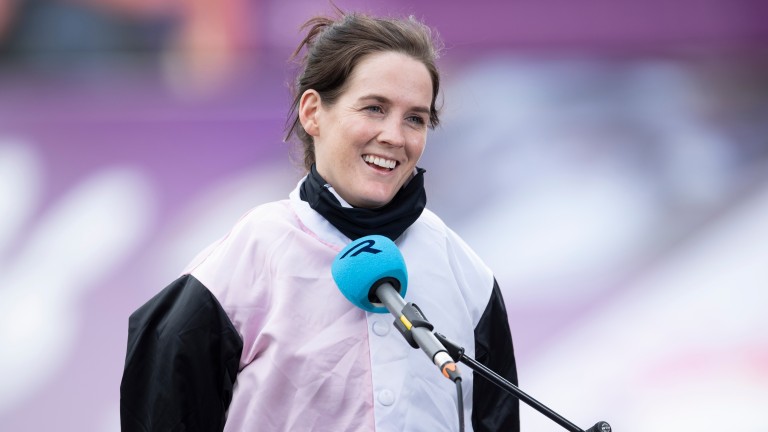 I think when they're reeling Paul Nicholls into the situation it makes it like David and Goliath. We're just trying to keep training winners, that's all we can do
Donald McCain discussed the jockeys' title race after Brian Hughes rode a winner at Cheltenham on Thursday

It would mean more than anything I've ever achieved. The Gold Cup was big, the King George was big, but this is just as big. That man has been picked up off the floor and I'm so proud of him
Paddy Brennan on the exciting prospect of Fergal O'Brien reaching a century of winners for the season

It's been incredible. When you see your face on papers in Japan and China you know things are a bit different.
Rachael Blackmore reflects on her historic Grand National success on Minella Times

Members can read the story here

I'm brokenhearted and still can't believe he's gone. I spent my whole life waiting for a horse like him to come along and I will certainly never have another one like him
Presenting Percy's owner Philip Reynolds pays tribute to his star following his sad death

Oh I loved him dearly pic.twitter.com/psmdb8hSJH

I remember one day at Gowran Park the crowd clapped me out of the parade ring. I didn't know if they saying goodbye to me or trying to get rid of me! They roared me back in after the race. It was all for Presenting Percy. I have never felt that before on a racecourse.
Regular jockey Davy Russell also recalls his fond memories of Irish cult hero Presenting Percy

FIRST PUBLISHED 6:00PM, APR 17 2021
They roared me back in after the race. It was all for Presenting Percy. I have never felt that before on a racecourse

'I rode some great horses - but there was something different about Mill Reef' Brian Kavanagh: 'It was tense and stressful - there had been bitterness' 'When he was right, there wasn't a horse in the world who could beat him' The day the Queen Mother stood closer than planned to a fractious horse 'I was dreading every step, every stride, and always thinking the worst' 'It was a savage piece of work with some good horses - he just blew them away'
Bookmaker
Price
E.W. Terms
bet365
Open Account
Ladbrokes
Open Account
William Hill
Open Account
Coral
Open Account
Paddy Power
Open Account
Betfair
Open Account
Sky Bet
Open Account
Sporting
BetVictor
Boylesport
888sport