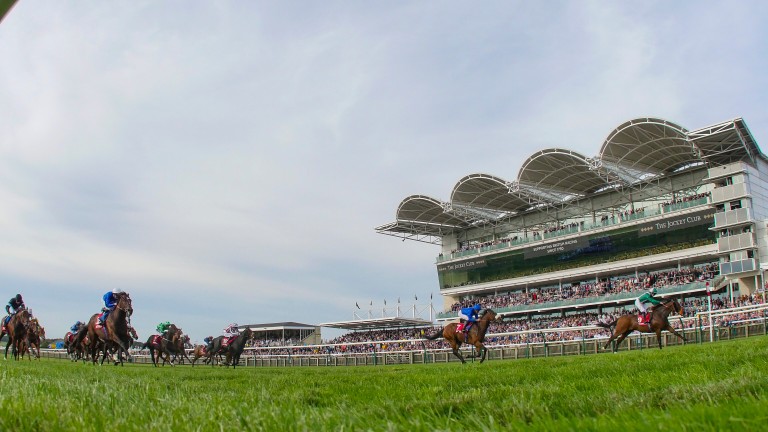 The Cambridgeshire meeting on the Rowley Mile is the feature of the week
Mark Cranham
1 of 1
By Matt Rennie UPDATED 9:00AM, SEP 20 2021

It is a start to the week with no fewer than six meetings, headlined by the second day of the Harvest festival from Listowel.

The Grade B Liam Healy Memorial Lartigue Handicap Hurdle (3.50) is the feature race and it looks typically competitive, with the Willie Mullins-trained Dark Voyager aiming to get back to winning ways following a respectable effort at the Galway festival last time out.

Joseph O'Brien fields three JP McManus-owned runners as he attempts to win the race for a second time, with Flying Scotsman looking like the leading hope.

Fairyhouse also races in Ireland, where the feature is the Listed Ballyhane Blenheim Stakes (4.37), while in Britain there is racing at Leicester, Warwick, Hamilton and Wolverhampton in the evening.

The action switches to the Flat for the third day of the Harvest festival, with the Listed Edmund & Josie Whelan Memorial Listowel Stakes (4.37) taking centre stage. Ado McGuinness is double-handed in this year's race, with Casanova looking to rattle off a quickfire hat-trick this month following wins at Galway and Punchestown.

In Britain, a small but select field will go to post for the Eddie And Violet Smith Conditions Stakes (3.00) at Beverley in which the popular pair Brando and Danzeno clash in a battle between the veterans.

Warwick stages a jumps fixture for the second day in succession, while there are all-weather cards from Lingfield and Newcastle too.

A touch of class is sprinkled across Wednesday, with the Guinness Kerry National (3.55) at Listowel taking pride of place.

Gordon Elliott is set to be represented by a high-class team as he bids to secure his biggest victory since returning from his suspension and could be represented by Conflated, who has been well supported into favouritism over the weekend, as well as the likes of Farclas and Aramax. 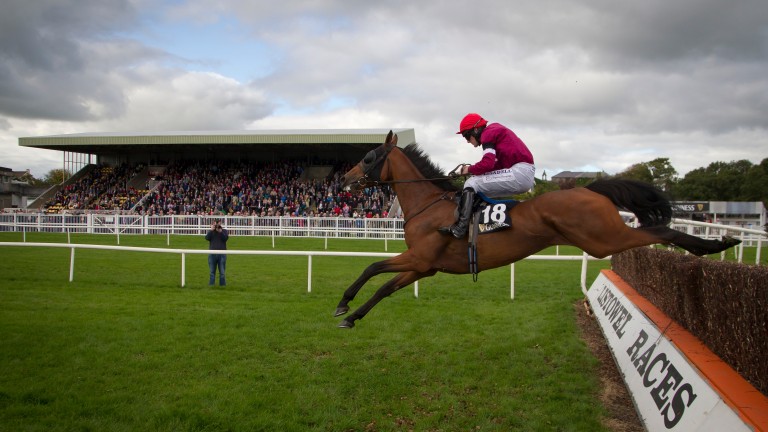 Willie Mullins took the race last year with Cabaret Queen and looks set to be mod-handed this time, while the high-class Chatham Street Lad could take his chance as well as the progressive Fairyhill Run.

At Goodwood, multiple Group 1 winner Addeybb may have his Champion Stakes prep run in the Best Of British Members Club Foundation Stakes (2.52) having not been seen since finishing second in the Coral-Eclipse in July. Perth and Redcar also stage afternoon cards before a seven-race evening fixture at Kempton.

The three-day Cambridgeshire meeting gets under way at Newmarket and some stars of the future could be on show in the Tattersalls Stakes (2.45).

The Andre Fabre-trained Trident, second in the Prix Morny behind Perfect Power last time, could drop back down from the top level if he makes the trip from France for the 7f Group 3, but will not have everything his own way.

He could face the unbeaten trio of Thunder Max, Coroebus and Cresta, as well as Harrow, who landed the hat-trick when a fine winner of a valuable sales race at the St Leger meeting earlier this month.

There is also the Listed Jockey Club Rose Bowl (3.20) and some intriguing handicaps on offer from Flat racing's headquarters, while the Harvest festival continues at Listowel, featuring a 1m4f premier handicap (4.00) and a maiden (1.40) won by subsequent Irish Derby winner Santiago in 2019.

The racing on the Rowley Mile cranks up another notch on the second day of the Cambridgeshire meeting, with a host of Listed and Group action on offer.

The feature is the Group 2 Joel Stakes (3.35), where 2,000 Guineas second Master Of The Seas could be in line to make his return from injury and take on fellow Godolphin runner Real World, who has been one of the stars of the season for Saeed bin Suroor. 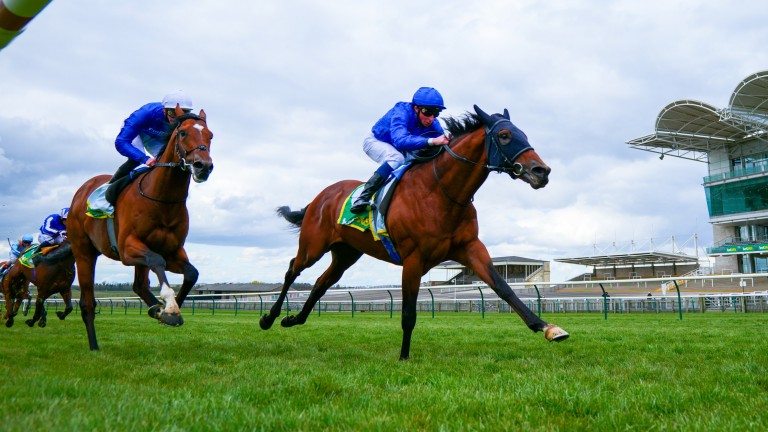 Master Of The Seas (right) could make his first start since his second in the 2,000 Guineas in the Joel Stakes on Friday
Mark Cranham (racingpost.com/photos)

The other Group 2 on the card is the Rockfel Stakes (3.00) in which plenty of juvenile fillies will aim to lay down an early marker for next year's 1,000 Guineas, including potentially Majestic Glory, an impressive winner of the Sweet Solera Stakes on the July course last month.

The Princess Royal Stakes (2.25) could feature a clash between Oaks second Mystery Angel and Yorkshire Oaks runner-up Albaflora, while the Rosemary Stakes (1.50) and Godolphin Stakes (4.10) may see some classy types turn up.

The ITV cameras will also take in two races from York, while Worcester and Haydock stage afternoon fixtures, as well as the penultimate day of the Harvest festival at Listowel.

Newcastle and Dundalk provide the evening entertainment, with the Group 3 Al Basti Equiworld Dubai Diamond Stakes (6.45) the feature at Dundalk.

The top-class action comes from left, right and centre on a blockbuster day of action, highlighted with the third and final day of the Cambridgeshire meeting at Newmarket, with the big handicap taking place at 3.35.

The bet365-sponsored cavalry charge over 1m1f looks as competitive as ever this year, with the highly regarded Uncle Bryn topping the ante-post market after he got his career back on track at Ascot last time.

Anmaat and Storm Damage – targeted at this race since bolting up on the July course last month – could be well supported for success, but make sure to look at some outsiders too, with only two favourites obliging in the race in the last ten years. 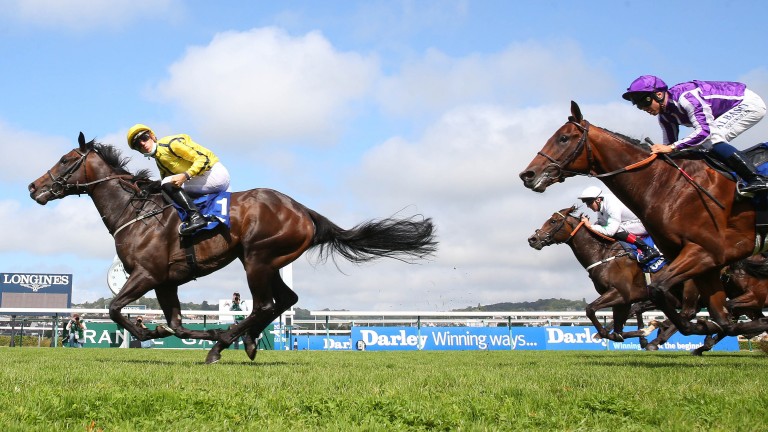 Perfect Power: could aim to cap a brilliant season off in the Middle Park Stakes
Â© APRH / QUENTIN BERTRAND

Group 1 action complements the big handicap in the Juddmonte Middle Park Stakes (3.00) in which Perfect Power may aim to cap off a brilliant juvenile season following wins in the Norfolk Stakes and Prix Morny, and the Juddmonte Cheveley Park Stakes (2.25), where the unbeaten Sacred Bridge, Sandrine and Zain Claudette could take part in a thrilling three-way clash.

The rest of the afternoon Flat action in Britain comes from Haydock, Chester and Ripon before Chelmsford race in the evening. Market Rasen is the solitary jumps fixture.

In Ireland, the Group action comes from the Curragh, which stages the Alan Smurfit Memorial Beresford Stakes (4.10) and William Hill Ireland Renaissance Stakes (2.30), while the Harvest festival concludes at Listowel.

It is a quieter day on the racing front in Britain and Ireland following a hectic week, with two Flat fixtures at Ffos Las and Epsom in Britain, while there is Group action at the Curragh in Ireland.

FIRST PUBLISHED 7:00AM, SEP 20 2021
Make sure to look towards the outsiders in the Cambridgeshire, with only two favourites obliging in the last ten years