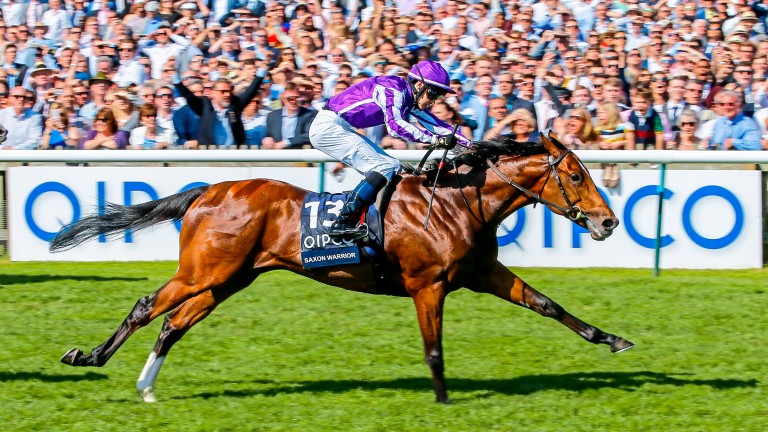 Saxon Warrior: Doncaster success was a springboard to Guineas glory
Mark Cranham
1 of 1
By James Burn 9:02AM, OCT 19 2020

Hollie Doyle and Archie Watson, who teamed up with Glen Shiel to win their first Group 1s at Ascot on Champions Day on Saturday, will be eager for their fine run to continue with Stag Horn in Pontefract's conditions stakes (2.20), which remembers Timeform founder Phil Bull.

The intriguing association between Colin Keane and Aidan O'Brien is another partnership to watch at Gowran Park, where they are represented in the mile maiden at 3.05 with King Of The Castle, whose brother Serpentine won this year's Derby.

Stablemate Roman Empire has experience, however, and is the mount of stable stalwart Seamie Heffernan. 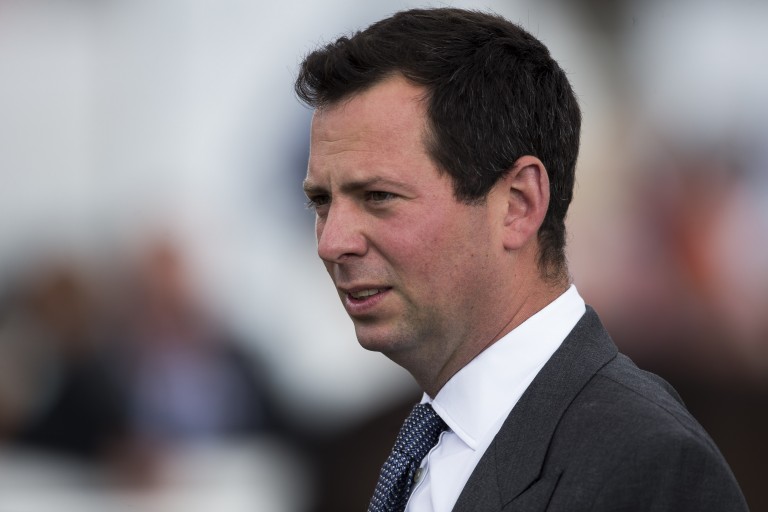 David Koepp, whose best known films include Jurassic Park and Indiana Jones and the Kingdom of the Crystal Skull, is one of the most successful screenwriters of all time and there is confidence his namesake can strike at Newcastle.

Trained by Charlie Hills, Koepp lines up in a conditions stakes under Kieran Shoemark having won comfortably at Chelmsford last time.

Newmarket races for the third-last time in 2020 and clues for next term could be on offer on the card, which caters chiefly for juveniles.

There is also a Flat meeting at Gowran Park and all-weather action at Kempton, while fans of the winter code might be jumping for joy with Hereford and Fontwell's fixtures. 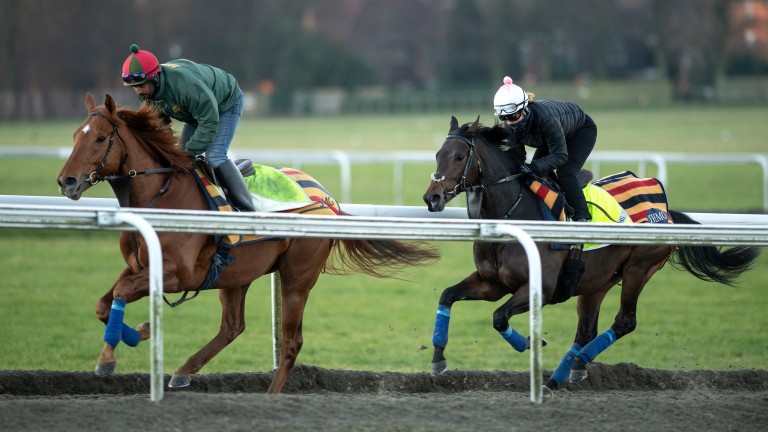 Remember Whitlock? He was snapped up by connections of Too Darn Hot to be a pacemaker for the now-retired classy miler and joined Nicky Henderson for a jumping career last year.

Off since October 2018, he was due to run at Newbury in the spring only for coronavirus to kick in, but the time off has done him good according to the champion trainer, who has entered him on Ludlow's card.

Gai Waterhouse could add a dash of colour to the all-weather meetings at Chelmford and Wolverhampton where Teofilo Star, whom the giant of Australian racing owns with training partner Adrian Bott, is engaged to make his debut.

The colt is trained in Newmarket by James Ferguson, who might not need to go far for any advice.

The focus returns on Cheltenham, which hosts its first meeting since the festival in March.

Unsurprisingly, the entries look well up to scratch and feature the 161-rated Dolos for 11-time champion trainer Paul Nicholls.

Four of the track's races will be live on ITV4, which also screens two from Doncaster, while Newbury stages what could be an informative end-of-season fixture. 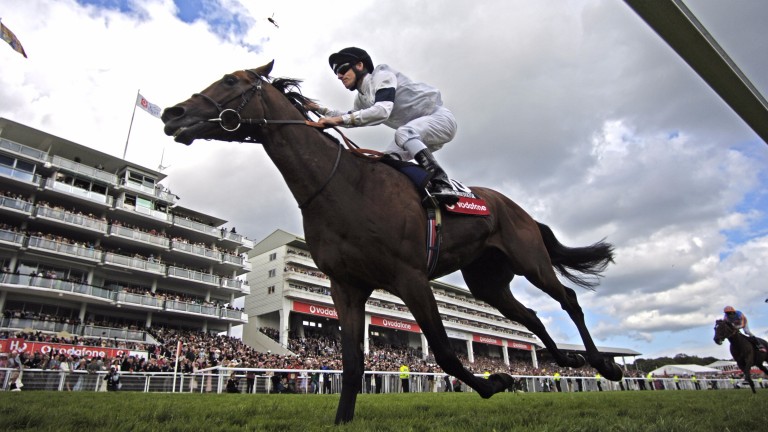 It's day two of Cheltenham's October meeting, but the headlines could be about Doncaster's Vertem Futurity Stakes, which used to be known as the Racing Post Trophy.

The last three winners of it, Saxon Warrior, Magna Grecia and Kameko, have gone on to win the 2,000 Guineas, while it has also produced Derby heroes High Chaparral, Motivator and Authorized.

Aidan O'Brien seeks a tenth triumph in the Doncaster Group 1, but will also have an eye on matters in Australia where Armory and Magic Wand could be on duty for him in Moonee Valley's Cox Plate, the country's best weight-for-age race.

Cheltenham followed by Aintree – you know winter is on its way with the return of the Merseyside circuit, which has the Monet's Garden Old Roan Chase as its highlight.

Recent winners have not lived up to the 2006 edition when a certain Kauto Star prevailed, but it will be an anticipated affair that could feature the smart Itchy Feet.

It's also worth watching the Kikuka Sho, the Japanese St Leger, at Kyoto, where the exciting Contrail bids to emulate his sire Deep Impact and Orfevre as a Triple Crown winner in the racing-obsessed nation. He looks a monster.

FIRST PUBLISHED 9:02AM, OCT 19 2020
Aidan O'Brien seeks a tenth triumph in the Doncaster Group 1, but will also have an eye on matters in Australia

How Mondammej went from a 'ticking time bomb' to 'absolutely pitch perfect' 'She was fifth in a deplorable maiden, Henry - you're talking utter nonsense' 'I always feel I've stuff to prove' - a day with Brian Hughes and Harry Skelton 'It's David and Goliath' - McCain says Skelton's firepower too much for Hughes Russell recalls the glory days as Cheltenham hero Presenting Percy passes away ITV Racing tips: one key runner from each of the six races on ITV4 on Thursday