Walk on: Liverpool treble down but Mosala scores an impressive consolation 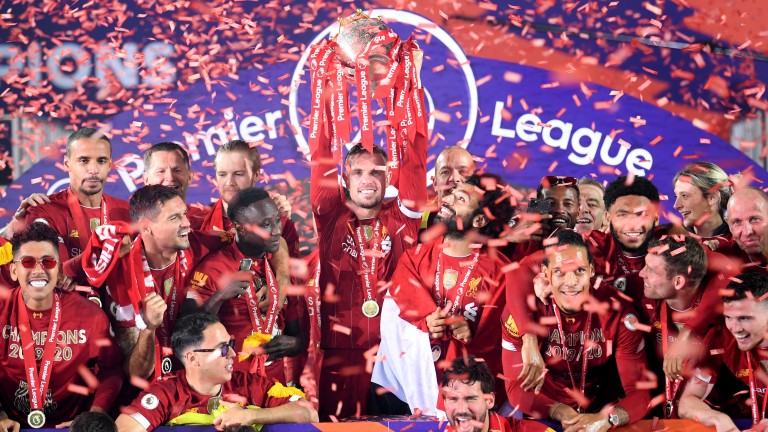 Liverpool fans dreams of celebrating their first 'treble' in 20 years with three horses seemingly named after some of last season's famous title-winning heroes on Friday were dashed in what would have been a remarkable feat, but celebrated a consolation victory when the aptly-named Mosala scored at Dundalk.

The Reds last lifted three trophies in one season in 2001 under the late Gerard Houllier and that streak continues – albeit in equine form – after Klopp finished down the field in the concluding 6f handicap at Newcastle.

Central defender Virgil van Dijk has built his world-class reputation on his consistency, but does not score often and the same can be said for his equine namesake, who was a fast-finishing second in the opening mile handicap at Southwell to take his record to one win from 22 appearances.

However, while he is not directly named after goal machine Mo Salah, Reds fans got some consolation when the Henry de Bromhead-trained Mosala scored for the first time in his career in the 1m2½f maiden at Dundalk.

Friday's free racing tips: two of our experts agree on a Southwell contender

As a passionate red, Antony Brittain, who also trained Klopp, had little trouble naming his duo after some of his title-winning heroes.

"Van Dijk is very tough to win with, he's not the most straightforward or most genuine of horses – he's certainly not as consistent as his namesake!" the trainer joked. 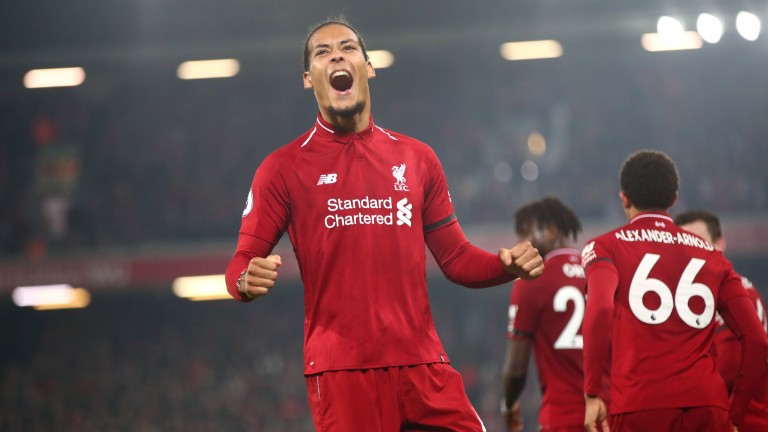 Virgil van Dijk's racehorse namesake is not as consistently tough as the Liverpool defender, according to his trainer
Clive Brunskill

"As you can tell I'm a big Liverpool fan, so it was simple to name them, but I wasn't aware of the other horse running at Dundalk. I imagine they've all been well supported by Liverpool fans. It's a Liverpool day."

The treble could have kick-started a crucial weekend for Liverpool, who face old foes Manchester United in one of Britain's most famous rivalries on Sunday.

Victory at Anfield would take the reds back to the top of the Premier League table above their counterparts, but Brittain is nervously anticipating the outcome of the match.

He added: "They're in form and we've faltered a little bit. I've been confident the last three years we've played them. but maybe not so much this time. Fingers crossed we can bounce back to our brilliant best."

'Three horses winning could be a worse result than Liverpool beating United!'

Unsurprisingly, punters latched on to the Friday treble, with Van Dijk and Mosala well supported in a bet that could have seen Paddy Power lose a significant sum should it have been successful.

"Van Dijk was very popular in the market and Mosala had also been backed into evens (from 6-5) during the day.

"We have a number of specials up on the site too, with Mosala to win and Mo Salah to score anytime against United at 15-4, while Klopp, Van Dijk and Mosala to win and Liverpool to beat Man United was a 125-1 poke.

"The three horses winning could have been a worse result than Liverpool beating United!"