What is it and why is it needed: the new bloodstock code of practice explained 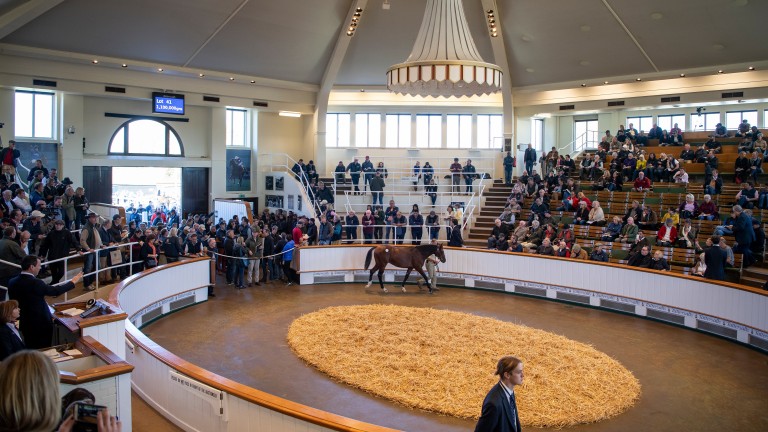 The new code will apply to all sales in Britain or Ireland after August 16
Edward Whitaker
1 of 1
By Matt Butler UPDATED 8:36PM, AUG 4 2021

In 2017 the BHA commissioned an extensive Bloodstock Review, with the findings and recommendations published in 2019. This has led to a new code of practice for the sector, which is explained here.

What is the bloodstock code of practice?

It is a new, expanded set of rules and standards which will apply to all sales of bloodstock and racehorses taking place in Britain or Ireland after August 16. The code is of particular significance to agents but applies to all participants at sales. It will be formally incorporated into the rules of British racing and replaces the Irish Thoroughbred Breeders Association (ITBS) Sales code of practice in Ireland.

Does a code of practice already exist?

Yes, it does. A cross-industry working group drew up a bloodstock code of practice in 2004, which was incorporated into the rules of racing. This was subsequently updated in 2009 and has existed since.

Why is it happening?

A review of the buying and selling practices of bloodstock and racehorses within British racing was released in December 2019 after being commissioned by the BHA board in June 2017.

In the executive summary of the 2019 review, it was noted that “the self-regulatory model agreed the amended code in 2009 is not fit for purpose and requires urgent attention and overhaul”, while there was “a surprisingly widespread lack of knowledge that the code even existed”.

The introduction of a new, enhanced code of practice was one of the key recommendations from the review.

What was the exact recommendation for the new code of practice?

In the 2019 review, recommendation five read: “The BHA to replace the code with the new code which should be more robust and fit for purpose and should include: a) application to all relevant industry participants; b) a clear and comprehensive list of applicable duties of an agent; c) clear and express statements of the types of practices that are prohibited on the grounds of being unethical and/or unlawful; and d) a more effective complaints and disciplinary procedure, with alleged breaches being reported to the BHA who in turn would have responsibility for prosecution and enforcement."

What is included in the new code?

Key features of the new code include the outlawing of "luck money" payments and tje establishment of independent legal advice for those impacted by alleged malpractice at sales.

There are eight rules included in the code, which in summary cover:

Rule 1: The application of the code to all participants at sales and to all sales taking place within Britain and Ireland after August 16.

Rule 2: The need for participants to act honestly and with integrity in relation to sales.

Rule 5: The need for agents to act in the best interests of their principal in relation to sale.

Rule 6: The need for agents to not be in a position where personal interests may conflict with those of their principal without prior informed consent.

Rule 7: Market abuse at public auction, including collusive bidding-up, induced purchases, and vendors offering private advantages in advance for bidding on or buying their horses.

Rule 8: The treatment of participants assisting another in a course of conduct, knowing that the course of conduct is breaching or likely to breach any rule of this code or deliberately closing their eyes to that possibility, as being as if they too acted in breach of that rule.

Will the code be reviewed?

Yes. The code will be reviewed annually to ensure that it remains robust and fit for purpose.

Who are the main figures behind the BHA Bloodstock Review investigation?

FIRST PUBLISHED 2:54PM, AUG 4 2021
The code is of particular application to agents but applies to all participants at sales