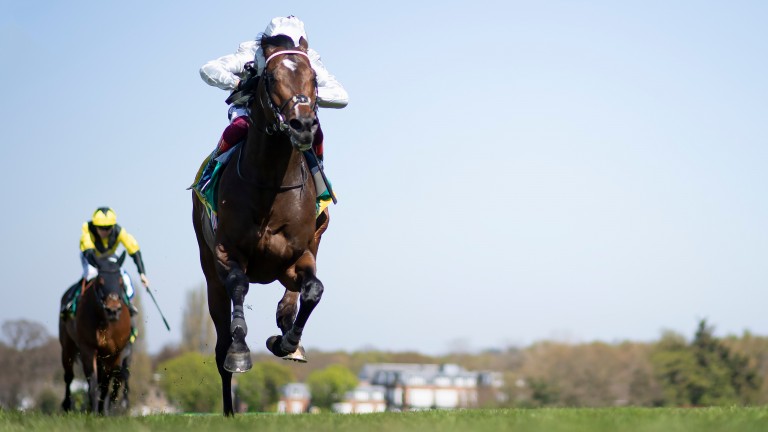 Champion trainer John Gosden admits his firepower at Royal Ascot next week is heavily biased towards his older horses with his three-year-olds "the worst I've had in living memory".

While Gosden and his son Thady can rely on the likes of Palace Pier in the Queen Anne Stakes, Lord North in the Prince of Wales's Stakes and Stradivarius in the Gold Cup, they are likely to be lightly represented in those contests for three-year-olds during the five-day fixture.

The trainers were without a runner in the 2,000 Guineas, Oaks or Derby and fielded only 66-1 also-ran Star Of Emaraaty in the 1,000 Guineas.

"Let's be honest, we're totally dependent on our older horses," Gosden said. "We have a couple of nice two-year-olds but our three-year-old crop, sadly and that's the way it is, is the worst I've had in living memory so we won't be particularly potent in any of the three-year-old races. 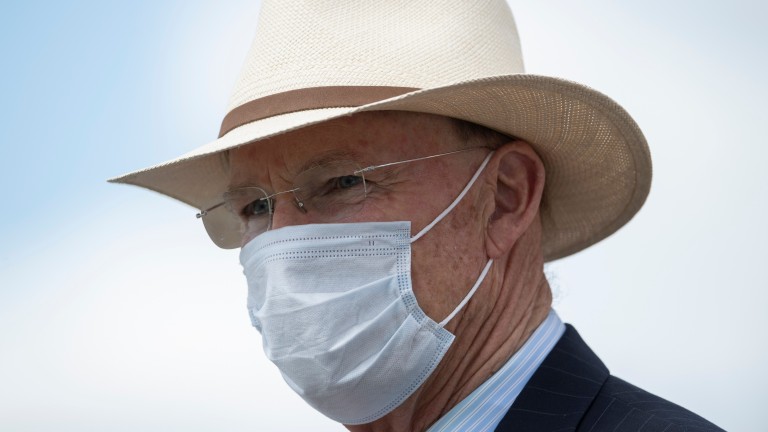 John Gosden: "Our three-year-old crop is the worst I've had in living memory"
Edward Whitaker

The Gosdens will seek a third St James's Palace Stakes win in four years despite a lack of strength in depth with unbeaten Listed-winner Mostahdaf lining up in the Group 1 after following a similar path to recent winners Palace Pier and Without Parole.

"I think it's a good edition of the race," Gosden said. "He's a lovely horse and I think we have to give him a chance. We took this route before with Without Parole, King Of Comedy just missed and we've not taken that obvious Guineas route. Palace Pier himself didn't come through an obvious direction."

Palace Pier will aim to get the meeting off to a perfect start for the Gosdens with the four-year-old the general 4-9 favourite to add the Queen Anne to his impressive win in the Lockinge Stakes last month.

"He's a lovely horse and has done everything right in his life," Gosden said. "We're happy with him and there's plenty to look forward to with him.

"He handled that [soft] ground [in the Lockinge] and maybe a horse like Lope Y Fernandez did not like it, so back on summer Flat racing ground I suspect you'll see a lot of horses come back into play that maybe weren't happy on the ground.

"I think there are a lot of nice horses in there and I've always respected the opposition in a race. I've never dismissed horses just because of the betting odds."

The Gosdens will also be attempting to guide Lord North to back-to-back victories in the Prince of Wales's Stakes on Wednesday where last year's dominant three-year-old filly Love could be among the opposition.

Gosden said: "He's in good form and back on quicker ground, so it's a fascinating race. Love was exceptional last year, but she raced with her own sex. I was thinking she'd be the one for the Arc, but the Arc ended up being run on, the jockeys tell me, the deepest ground they've ever raced on at Longchamp.

"We hope Lord North behaves in the starting stalls this time, but he can be very tricky. The reason he was gelded is because he destroyed the gate up at Newcastle once and when he sets off in there he doesn't listen to anyone."

Prince of Wales's card and betting

New option for Palace Pier as Qipco British Champions Day entries are revealed January date for trial of Royal Ascot protesters who deny aggravated trespass Can Andrew Balding emulate his father Ian and become champion Flat trainer? Ryan Moore: 'I try not to offend anyone but for me it's always about the horses' Will Baaeed end the year as the best miler in Europe? Our experts have their say 'The more rain the better for Trueshan' - trainer quotes on the Group 1