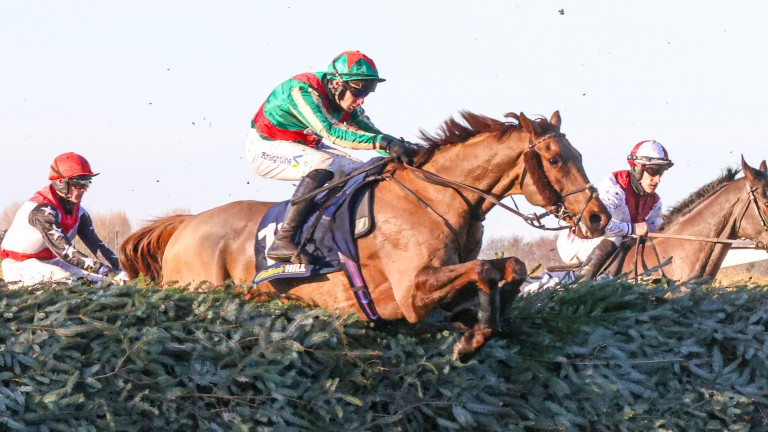 Vieux Lion Rouge is something of an Aintree legend.

He has run at the course 11 times, ten of which have been over the Grand National fences, and has finished on all but one occasion. He has won two Becher Chases and was second in another. He likes the fences and loves the Becher Chase which he will contest for the sixth time on Saturday.

Vieux Lion Rogue did not complete on his last attempt, falling when in touch with the leaders at the 20th fence in April's Grand National won by Minella Times, but he has been getting some practice in at home.

Trainer David Pipe said: "Tom Scudamore schooled him over the fences – there's not really much point in doing it given how many times he's been round there, but we did it anyway as he had a fall last time he was there."

Vieux Lion Rouge won the Becher at his first attempt in 2016 off a mark of 142, beating the previous year's winner Highland Lodge by a short-head.

The following season he was seventh, the year after that he was second off 146 to Walk In The Mill – who himself came back and won the race the following year with Vieux Lion Rouge back in ninth.

He regained the title last season, winning by 24 lengths off a mark of 140 and is 5lb higher this time with less than a month until he officially becomes a teenager. 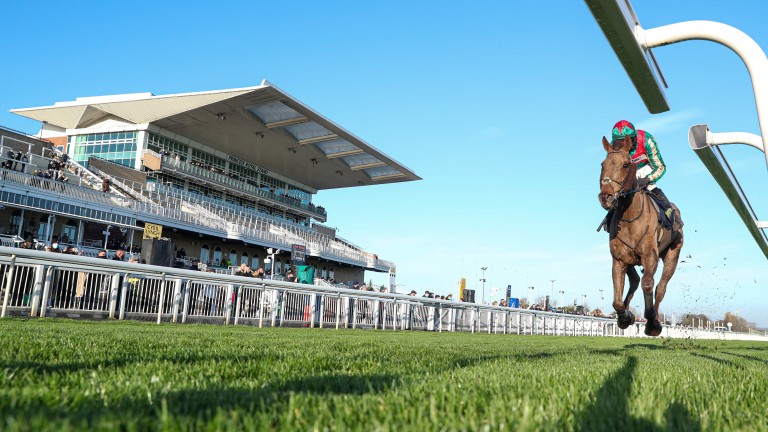 The 12-year-old is a top-priced 14-1 for Saturday's contest in a market headed by general 6-1 chance Mac Tottie, winner over the National fences in the Grand Sefton last month.

"He's looking a million dollars and still full of life so it's lovely to have him running there again."

Read more ahead of the weekend:

New 888 customers can get £40 in free bets when they place a £10 bet. £10 deposit using promo code "RACING". The first bet must be placed on horseracing. Minimum stake £10 at odds of 1/2 (1.5). Free bets credited upon qualifying bet settlement and expire after 7 days. Free bet stakes not included in returns. Deposit balance is available for withdrawal at any time. General deposit method and withdrawal restrictions apply. Full T&Cs apply. Click here to claim the offer

Ultima and bet365 Gold Cup among spring targets for Corach Rambler 'Hopefully I can get a clear run in the spring'- Josh Moore closing in on return 'I was happy to get to the end of the dance without standing on Pasquale's foot' 'It was a shame' - jockey misses out on winner after positive Covid-19 test 'His work was very, very good' - Shishkin set for Energumene clash at Ascot 'I should have checked' - trainer fined after buying wrong horse in sales mix-up