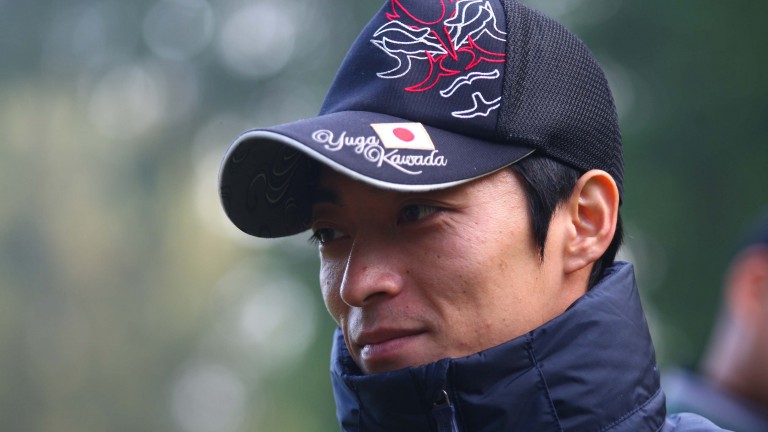 Yuga Kawada, the man hailed as the heir apparent to Japanese riding legend Yutaka Take, will soon be able to demonstrate his considerable talents to a British audience as he is due to spend part of the summer with Roger Varian.

The 32-year-old, who has won Classics on Japanese A-listers Gentildonna, Harp Star and Makahiki, and also enjoyed top-level success on the classy Maurice, spent time with Varian last term, but did not manage a ride.

Varian is hoping to put that right and supply the jockey, who could arrive next month and stay until September, with some ammunition.

"He spent a couple of weeks with us last summer, but didn't ride here," said the Classic-winning trainer. "I think he had a ride in France, but we've cleared his visa and his licence and he can ride, so I think he'll stay for six to eight weeks.

"We'd like to give him some rides. He's a very good rider – one of the top three in Japan."

When it was put to Varian that Kawada had been mentioned in the same breath as the all-conquering Take, he added: "He's very good. He's got good hands and balance, and is riding lots of Grade 1 winners in Japan, which tells its own story.

"He rides for my brother-in-law Mitsu Nakauchida, and Mitsu rates him, and he's not a bad judge."

Kawada, who carried the famous blue Godolphin silks to victory on Fine Needle in the Grade 1 Takamatsunomiya Kinen in March, is third behind overseas duo Mirco Demuro and Christophe Lemaire in the jockeys' standings in Japan with 53 winners for 2018.

He will vie for rides with stable number one Andrea Atzeni, David Egan and Jack Mitchell.

"Let's just see," said Varian, who is nonetheless delighted to be helping his imminent visitor. "He's not even here yet. I've got David and Jack [as well as Andrea], but he'll get a few rides."

Racing professionals on their country's chances of lifting the World Cup