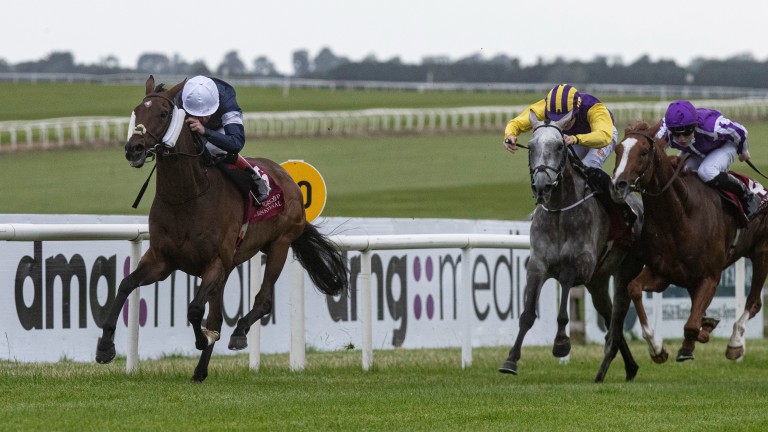 Melbourne Cup hero Twilight Payment will spearhead a strong Joseph O'Brien challenge on Irish Champions Weekend, with the evergreen eight-year-old set to be joined by stablemates Baron Samedi and Master Of Reality in the Comer Group Irish St Leger at the Curragh on Sunday.

Twilight Payment supplied the 28-year-old with his second Melbourne Cup last November, three years on from Rekindling's famous success, and he is likely to be towards the top of the market for Sunday's showpiece.

His latest success in the Irish St Leger Trial was Twilight Payment's sixth at the Curragh and O'Brien is hoping he continues his love affair with the track.

O'Brien said: "Twilight Payment, Baron Samedi and Master Of Reality will run in the St Leger. Twilight Payment loves the Curragh and he has a brilliant record there. He seems to save his best form for the course and he's done great since he won his trial. Fingers crossed he will run his race and go close.

"Master Of Reality, in stark contrast, has never really been at his best at the Curragh so hopefully he can change that on Sunday. You'd have to be thrilled with the way he got the job done at Down Royal last time.

"Baron Samedi has done nothing but step up on each of his starts and he's been brilliant for us over the last two years. He's done well since his last run at Saint-Cloud and we're looking forward to seeing how he gets on."

Perhaps O'Brien's best chance of an Irish Champions Weekend winner will come in the Moyglare Stud Stakes on Sunday with Agartha.

O'Brien, who teamed up with younger brother Donnacha to land the Group 1 in 2016 with Intricately, issued an upbeat bulletin on the filly, who was an impressive all-the-way winner of the Debutante Stakes at the track last month. 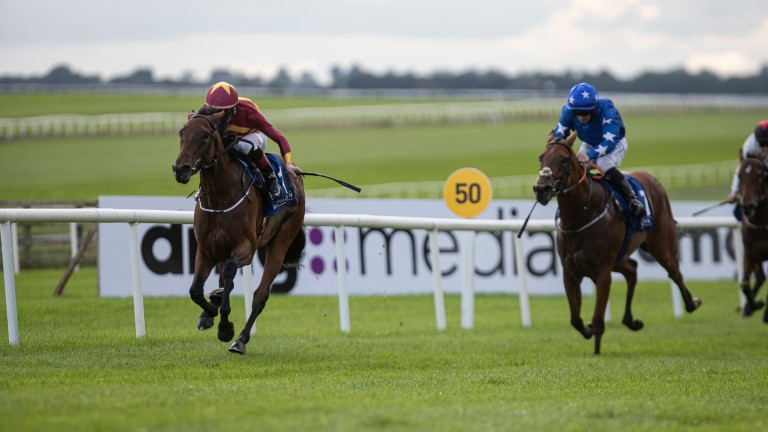 The trainer said: "Agartha has had a fantastic year and has done nothing but improve. She's very genuine and you'd have to say her Debutante display was probably her best yet. She keeps getting better and she deserves her shot at a Group 1 now. We couldn't be happier with her."

O'Brien expects to have lots of runners over the two days and will be going all out to get on the scoreboard at what he described as "one of the most important weekends of the whole season."

He said: "It's an absolutely fantastic weekend of racing and we will be doing whatever we can to try and get a winner. We have a nice team of horses for the two days and we're really looking forward to it."

Dermot Weld: Aidan O'Brien is the third turf giant I've had to compete against

FIRST PUBLISHED 9:00AM, SEP 5 2021
He seems to save his best form for the course and he's done great since he won his trial