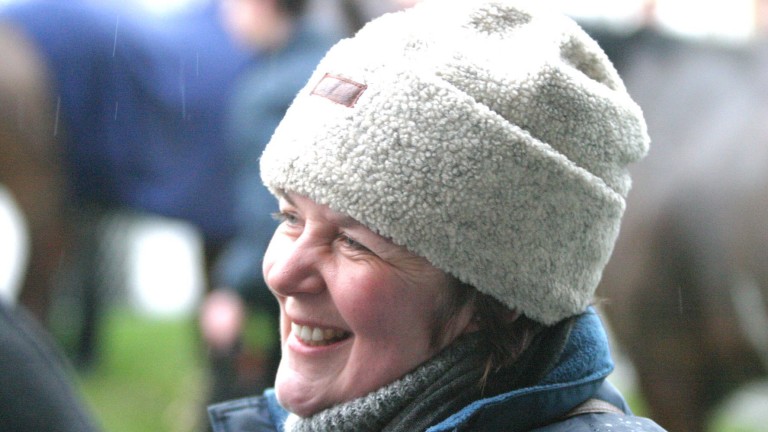 Kate Milligan, who was hailed as "an old-fashioned trainer who wanted things done right", has died at the age of 60.

She trained for two decades and sent out around 70 winners, with 2006 Durham National runner-up Dark Ben among her best horses.

Milligan suffered from multiple sclerosis and handed over the licence at her Middleham yard to Simon West in 2009.

"She was a very independent woman," West recalled. "She came down from Scotland, went to work at Neville Crump's and never went home!"

Milligan never rode under rules but was a successful event rider and had her first winner as a permit-holder with Scandalous Rumour at Musselburgh in 1989.

"She never spent big money on horses but she always seemed to find them," West said. "She was an old-fashioned trainer and she wanted things done right. All the tack was pristine."

Dougie Costello, who rode several winners for Milligan in his days as a jump jockey, said: "She was a very good stockwoman and she was an absolutely brilliant character.

"When I rode for her she was getting a bit less mobile but she had plenty of spirit – and she wasn't afraid to give you a bollocking if you got it wrong!

"She always seemed to get improvement out of horses she got from elsewhere."

Dougie Costello: "She always seemed to get improvement out of horses she got from elsewhere."
Martin Lynch

Milligan, who never married, is survived by three brothers and a sister.

There will be a private cremation on March 25 with a memorial service at 1pm on April 1 at Middleham Church.

FIRST PUBLISHED 5:02PM, MAR 14 2020
She came down from Scotland, went to work at Neville Crump's and never went home!