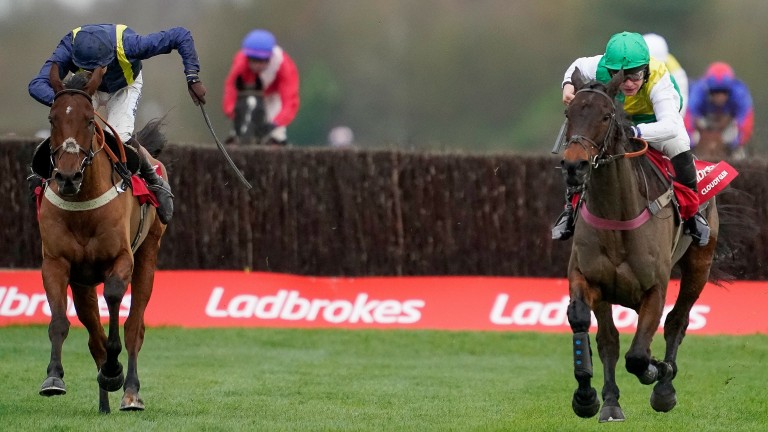 Fiddlerontheroof (left) finishes second to Cloudy Glen in the Ladbrokes Trophy at Newbury on Saturday
Alan Crowhurst / Getty Images
1 of 1
By James Stevens 7:00AM, NOV 29 2021

Grade 1 targets are on the radar for Fiddlerontheroof after he ran a "blinder" in Saturday's Ladbrokes Trophy, with the King George one potential option according to assistant trainer Joe Tizzard.

The seven-year-old rallied to within half a length of Cloudy Glen at Newbury and may have been even closer had he not lost momentum due the fall of Remastered at the top of the straight.

Racing Post Ratings awarded him a rating of 164 with that run, and that compares well with the efforts of other potential Kempton hopefuls – Chantry House achieved the same RPR with his Sandown win and it was 2lb superior to the Ascot victory of stablemate Lostintranslation.

"It was a great run," reflected Tizzard. "He just got a tiny bit balked by the Remastered fall four out and that perhaps stopped his momentum. He'd have landed right on the tail of them.

"The winner beat him fair and square but he's run a blinder. I'm chuffed, even if it's frustrating to get beat in a huge race.

"It still puts him shy of a Gold Cup contender, but he's going the right way and it'll be interesting to see what the handicapper thinks of his performance."

Fiddlerontheroof is a general 33-1 chance for the King George following that run and connections will assess his conditions before confirming whether he will line up.

He added: "He's got a King George entry, but that's only four weeks away so we'll see how he comes out of it – he had a fair old race. We'll have a chat with the owners, we'll take stock and make a plan. We'll play it right with the spring festivals in mind."

More pressing is the return of stable legend Native River, who will take his chance in the Many Clouds Chase at Aintree on Saturday providing the forecast rain comes to fruition. 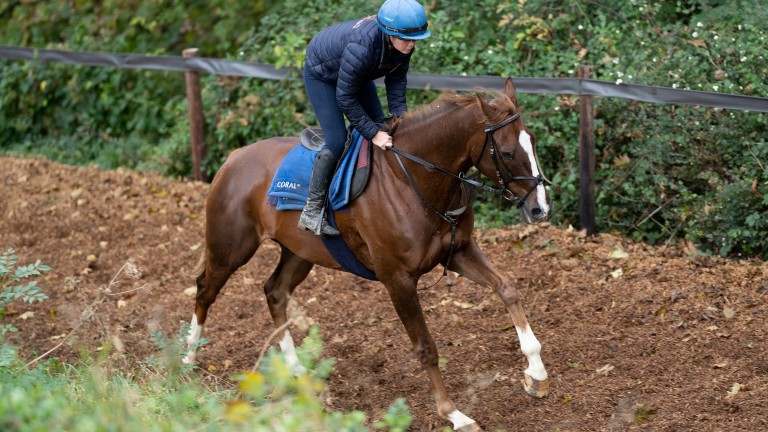 The 2018 Cheltenham Gold Cup winner is reportedly impressing at home and would be appearing in the Grade 2 for the third time. He was successful in 2019 and third last season, when he was unsuited by the fences in the home straight being taken out due to low sun.

"Aintree is the plan," added Tizzard. "He's really well and hopefully it does rain – as long as the ground is right he'll go up there. We couldn't be happier with his homework, he's schooling well and he looks fantastic. As soon as he gets his conditions he's good to go."

Brendan Powell rode Native River for 11 of his first 12 career starts, and could be reunited with the 11-year-old for the first time since February 2016.

However, his services may be required at Sandown where War Lord will be the yard's big runner in the Henry VIII Novices' Chase.

FIRST PUBLISHED 7:00AM, NOV 29 2021
It still puts him shy of a Gold Cup contender, but he's going the right way and it'll be interesting to see what the handicapper thinks.