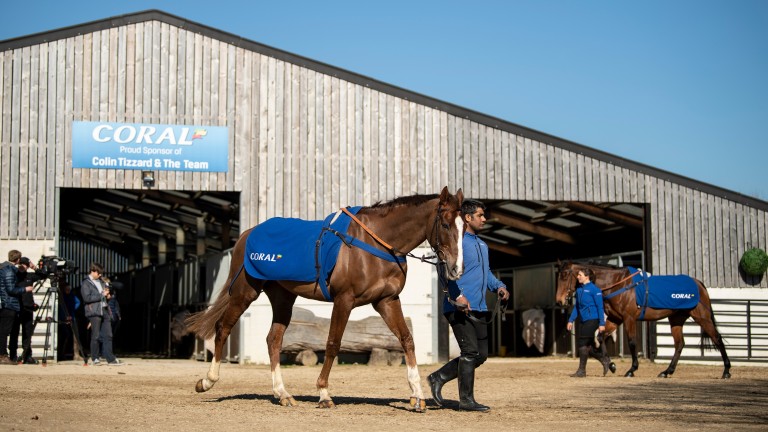 Colin Tizzard realised a lifelong dream last year when Native River provided him with a first Cheltenham Gold Cup victory, and the trainer is pinning his hopes of returning to fantasy land on the nine-year-old's stamina.

Tizzard was speaking to the media at his main Dorset stable on Monday when, in the heat of unseasonably warm February highs, he outlined his intention to keep cool in advance of jump racing's most high-pressure fixture.

Among the enviable team of talent he displayed for the Festival, the former dairy farmer showed off last year's Gold Cup winner, who is a best-priced 6-1 third favourite to become the first horse since Best Mate to successfully defend the festival showpiece.

He will be joined in the £625,000 Magners-sponsored prize by stablemates Thistlecrack and Elegant Escape, neither of whom should be discounted, Tizzard warned.

Native River warmed up for the Gold Cup by working at Wincanton last week, an afterthought following the equine flu disruption that resulted in the Denman Chase being postponed a week and moved to Ascot.

The balancing act of getting his big guns to the festival in peak form is the challenge now facing Tizzard.

"It's about holding our nerve, and it gets to me a bit," he admitted. "There are no two ways about it, even if I might come over pretty cool, but it's lovely to be playing in this game, at this level.

"What I don't want is to do things to grab another five lengths; all the horses to have racecourse gallops, or double the schooling or go faster up the gallops.

"I'm sure everyone's guilty of pushing them too far at some stage. Sometimes it works and if they get beaten a length and stand there blowing for half an hour you'd wish you'd done more with them, but I think we have to hold on a bit.

"They've been racing all season, their form's in the bag and if we can get them to Cheltenham fit and healthy, that's all we can hope for."

Owned by Garth and Anne Broom, Native River, who denied Might Bite in an epic tussle last year, was runner-up in the Betfair Chase before a staying-on third in the King George.

Returning to stamina-sapping, left-handed Cheltenham, and the extended three-mile-two-furlong Gold Cup trip, will favour Native River according to Tizzard, who describes the week's main event as a "pretty open race".

"The King George is run around a minute faster than the Gold Cup so that brings his stamina into it," he said, adding that any rain would be welcome.

"The more pace the better. We've all seen Native River, he'd stay four miles. The stronger the pace, the better he'll be. It will come down to stamina I'm sure.

"Softer ground would play to his strengths more. If he's on song he should have as good a chance as last year." 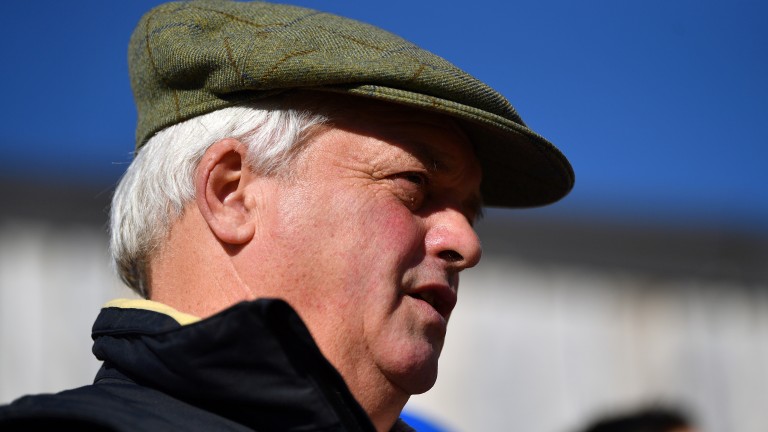 Tizzard, 63, who recalled watching Glencaraig Lady and The Dikler winning Gold Cups as a youngster, insisted 16-1 shot Thistlecrack – second to Clan Des Obeaux in the King George – and Welsh Grand National hero Elegant Escape, who is 25-1, should not be overlooked.

He went on: "The betting would say one has a better chance than the others, and my opinion is Native River has done it and probably has the better chance, but it's a horserace. On any given day, with things going right, the other two would have a massive chance.

"Thistlecrack is a cracking horse and when he won the World Hurdle he was as good as you've seen. He's 11 and you can't get away from that, but he hardly raced until he was six or seven and I think he's better left-handed than right, while Elegant Escape's rated 162 and hasn't got to find much.

"At seven he's the younger of my three and improving. His last run was his highest-rated so you mustn't ignore him. He's big and strong and doing it at the moment. He's a stayer and stamina is needed in the Gold Cup."

With a fortnight until to the festival, the Met Office cannot be confident with forecasts, but it appears next week could be wet with race week due to be dry.

A spokesman said on Monday: "It's way in advance from our point of view but, broadly speaking, we expect from this weekend through to next week to be pretty wet and windy – more or less the whole week.

"The week of the festival we expect there to be a greater likelihood of drier weather."

FIRST PUBLISHED 1:21PM, FEB 25 2019
The more pace we can have the better. We've all seen Native River, he would stay four miles