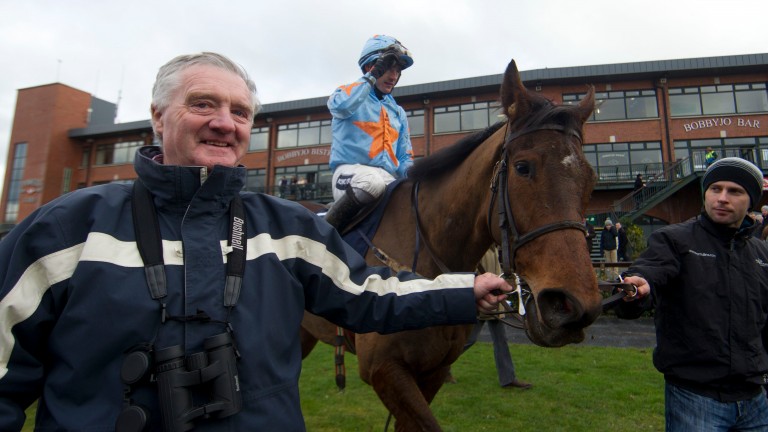 Eddie O'Connell: leads in Turban and Ruby Walsh after their victory in the Underwriting Exchange Dan Moore Memorial Handicap Chase at Fairyhouse in 2014
Patrick McCann (racingpost.com/photos)
1 of 1
By Mark Boylan UPDATED 1:59PM, APR 21 2021

Tributes have been paid to popular owner Eddie O'Connell, the man who will forever be associated with top-class chaser Un De Sceaux, after his death aged 73 on Monday.

A passionate sports enthusiast and proud supporter of Gaelic games in Cork, his award-winning logistics company O’Connell Group has sponsored the hugely successful Glanmire GAA hurling team, Sarsfields, since 1989, with the club's recently upgraded AstroTurf facility named in his honour.

Fans' Favourites: 'You're going to go a million miles an hour into a fence - do not move'

"We're devastated, lost for words," said O'Connell's son Colm. "If every human could leave the world in the same way that Eddie did, having done what he has for us, the community and others, we'd have some planet."

He added: "It was marvellous for him to come across a horse like Un De Sceaux. We're [in] racing all our lives and when he eventually came across a good one, he really enjoyed it. He had a great relationship with Ruby Walsh, who was extremely good to him.

"When dad took ill, Ruby made his way to visit him in the family house for tea and that meant the world to him. We sponsored the Hilly Way Chase at Cork and when Un De Sceaux won the race it was magic." 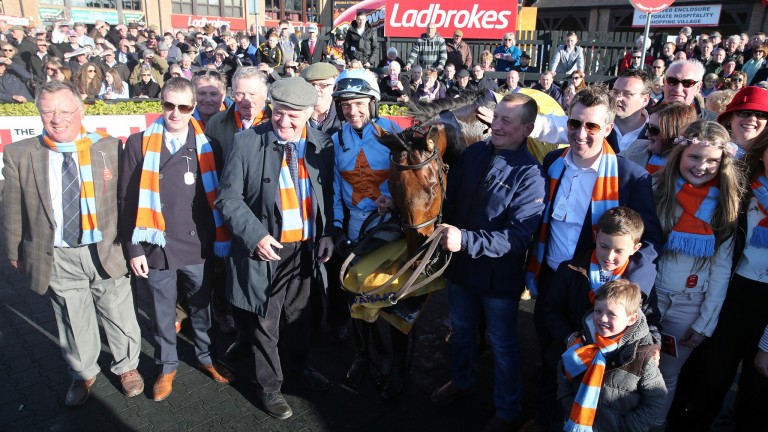 The O'Connell family: easily recognisable at the races through their blue and orange scarves
Caroline Norris (racingpost.com/photos)

Colm, who regularly represented the family at the races in recent years draped in the famous blue and orange scarf of his father's colours, believes there were similarities between the personalities of Un De Sceaux and his owner.

"They were made for each other," he said. "The horse was sound until an injury at the very end of his career and Eddie would never have been a man to get a cold or flu, always positive, gung-ho and intent on getting on with life. They were both made of absolute iron."

He added: "He got a diagnosis of Alzheimer's and as anyone who's been around the disease knows, it slowly takes its toll. We had great memories together, though."

O'Connell is survived by wife Catherine and sons Colm, John, Paul, and Eamon, with a private family funeral – in accordance with current Covid-19 guidelines – taking place at noon on Thursday.

FIRST PUBLISHED 1:30PM, APR 21 2021
If every human could leave the world in the same way that Eddie did, having done what he has for us, the community and others, we'd have some planet