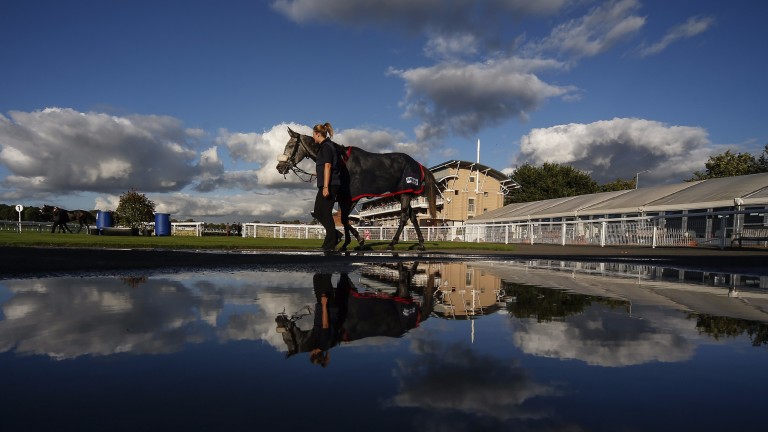 Warwick general manager Andre Klein insists there will be no safer place in the country on Monday when racing takes place in front of a crowd in Britain for only the second time since March.

A maximum of 474 spectators will be at the track for the pilot event, comprising 150 annual members, 124 hospitality bookers and up to 200 owners, in addition to participants and raceday staff.

Racecourses have been restricted to key industry personnel and latterly a limited number of owners since racing returned behind closed doors in June, apart from a pilot event for day one of the St Leger meeting at Doncaster this month.

The remaining three days of that trial were cancelled by local authorities because of a rise in the rate of Covid-19 infections in the area, putting this week's events at Warwick, and Newmarket from Thursday to Saturday, under intense focus.

Klein said on Sunday: "There's no element of our operation that hasn't been turned upside down - everything's changed. We've never had to do so much work for 500 people. So many people have had input and ideas, from the local council to Public Health England and other racecourses.

"I keep reminding the team, we have to do our best but it won't be perfect, we're taking the hit for the next guys. It's exposed so much of our business down to the bare bones, but I can tell you there will not be anywhere safer in the country than here." 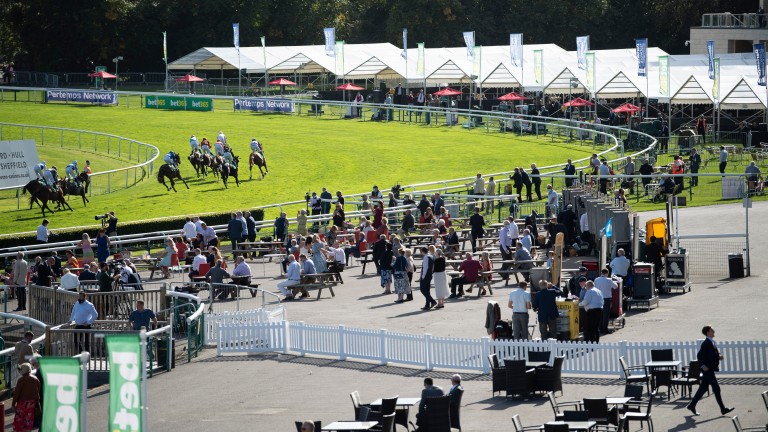 A meeting was held last week between the government and sports bodies to discuss the possible return of limited crowds universally from October 1.

Klein said: "I'd like to think we'll have crowds back soon. I can't see why they wouldn't be. Warwick Castle's 500 metres away and they can welcome 2,500 people every day. They haven't had to jump through 1/100th of the hoops we have.

"Assuming our trial is successful I don't doubt we could go to our public health committee and ask to do the same at our meeting next week.

"Despite everything in place we still want to make this feel as normal as possible. We'll be advertising our Warwick Chase and Kingmaker days because we're hopeful that by then people can buy tickets. New Year's Eve is our biggest day."

Klein stressed the importance of pilot events leading to bigger crowds, saying: "Racecourses are going to have to spend a lot of money while income opportunities are being reduced. There would be huge implications for all sports if we don't get crowds back in a meaningful way. For any sport that relies on public attendance to fund the business, it's massive."

Klein said the cancellation of three days of Doncaster's crowds pilot prompted Public Health England to consider calling off the Warwick event, and felt the wider perception of the sport was an issue.

"Doncaster being cancelled didn't help," he said. "It got national publicity and all of a sudden Public Health England got in touch and were thinking of pulling our event. Until then it wasn't a big concern at all.

"In five years we haven't had one incident, but the perception whether we like it or not is people staggering down the Evesham Road after the Cheltenham Festival. A Monday at Warwick is a million miles away, but that's what we have to battle, that's our job."

Warwick pilot event on Monday gets go-ahead with reduced capacity

FIRST PUBLISHED 6:00PM, SEP 20 2020
I don't think there's any question we'll be able to manage bigger crowds as a result of this pilot