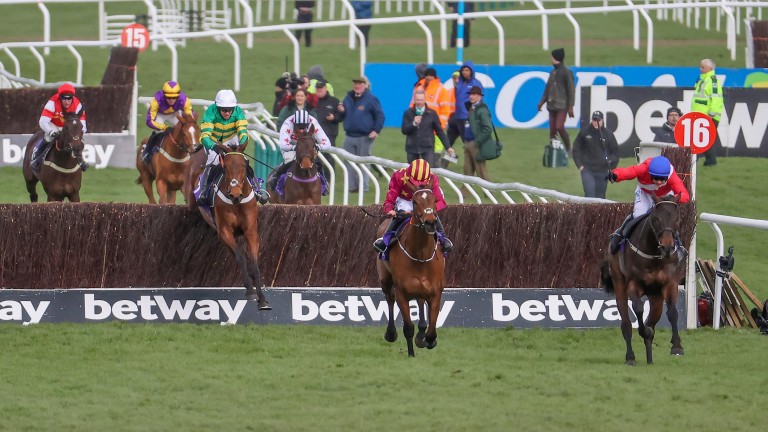 The 2021 Cheltenham Festival is looming large, but last year's meeting gave us some truly spectacular finishes and many of the key protagonists from 12 months ago will again be in attendance in March. Racing Post handicapper James Norris looks back on three epic races from 2020. 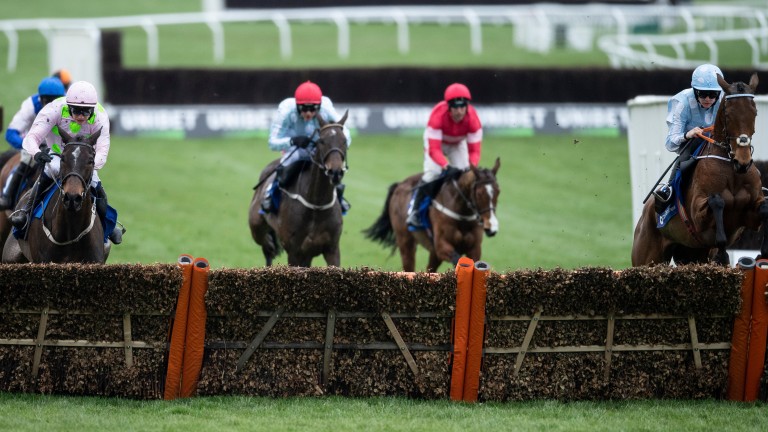 Given Honeysuckle's most recent rout in the Irish Champion Hurdle, perhaps the best – and certainly the fastest – mare won on the day, yet Willie Mullins and connections of the runner-up may always look back upon this race with frustration.

Benie Des Dieux was proven over three miles but her stamina was barely questioned as stablemate Stormy Ireland set a steady pace. Rachael Blackmore aboard Honeysuckle was no happier with the situation and at halfway pressed the lead, forcing a small but noticeable increase in tempo. She was wide as Paul Townend kept Benie Des Dieux covered up on the inside.

Three out and the resulting decisions made by Townend and Blackmore proved pivotal in how the latter stages unfolded. A slow jump from Honeysuckle allowed Elfile, another Mullins runner, to nab her position and forced the Henry de Bromhead-trained mare inside, and now she was at risk of being caught in a pocket once the field turned for home. Townend, sat in behind on Benie Des Dieux, certainly feared this eventuality and on the run downhill to two out he allowed the odds-on favourite to drop back and plotted a wider route.

Had Robbie Power on Stormy Ireland stuck to the rail Honeysuckle would have been forced to wait and Benie Des Dieux may well have kicked into an unassailable lead. Fortunately, as a winner of the Irish Champion Hurdle, Honeysuckle lacked nothing for pace and as soon as the gap on the rail opened she was through it, Blackmore brilliantly taking the initiative.

With just half a length between Honeysuckle and Benie Des Dieux at the line this may have been where the race was ultimately won and lost. Both mares gave their all and left with reputations enhanced. The 2021 running has plenty to live up to.

This was to be Barry Geraghty's last winning ride over fences, and what a ride it was.

With each chase start Champ's jumping became less and less assured, culminating in a fall two out in the Dipper on Cheltenham's New course with the race at his mercy. Time ran out in the search for a confidence-boosting prep run and he reappeared in the RSA Chase with questions to answer.

On Cheltenham's sharper Old course but upped to three miles, Champ rarely looked comfortable. Most rivals outjumped him at most of the fences. Champ was not making mistakes; he was just ponderous, apparently lacking confidence. While at the front, a free-going, sharp-jumping pair had the race between them from some way out.

Ultimately, those free-going tendencies were the downfalls of both Minella Indo and Allaho. As they turned in for the final time, there was little to split them. The second-last comes quickly here and they each took it in their stride but Minella Indo, having outstayed Allaho 12 months earlier over hurdles, came away from the fence looking the stronger. Then, a momentum-stopping error at the final fence from Minella Indo offered his old rival a sniff.

Battle recommenced, only for the Cheltenham hill to bare its teeth. As the incline increased, strides shortened, and though their legs moved as if in slow motion, a redoutable Champ, merely picking up the pieces in third, suddenly began to motor. At the end of a famously dour test, there was no resisting the irresistible force. Between toiling rivals, Champ breezed by, looking stronger at the line than at any stage before. 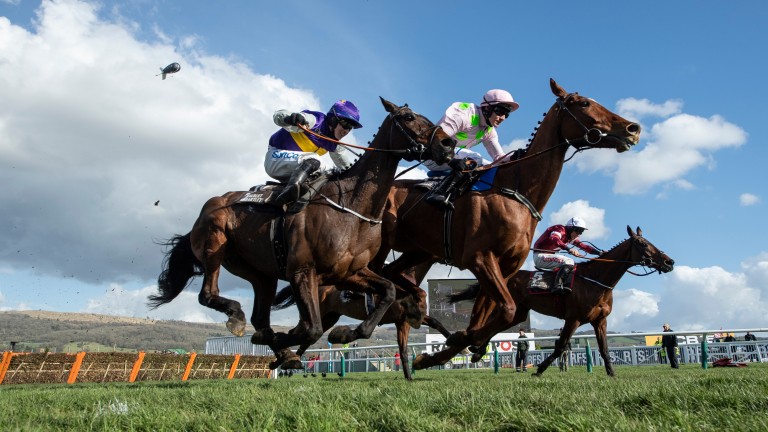 The least celebrated of the festival's three Grade 1 novice hurdles is often susceptible to a surprise result. Last season, however, the four market leaders came to the fore with each contributing to a thrilling climax. The form has continued to work out and the replay should remain worthy of review for a while to come.

Backers of favourite Thyme Hill may still be licking their wounds. The Challow Hurdle winner was settled in rear early and plotted a wide course, ceding ground to the eventual first three almost throughout. As the also-rans dropped away he began to bridge the deficit on the final descent. Encouragingly, the gap soon closed and Thyme Hill looked poised, only to find his path blocked both before and after the final flight. The Stayers' Hurdle awaits for his shot at redemption.

This case perhaps underestimates quite how much Monkfish did wrong en route to success. Keen for two-thirds of the contest, he kicked at least one hurdle out of the ground and after turning for home allowed the cannily ridden runner-up Latest Exhibition on to the stands' rail. Davy Russell, sure to be missed at the forthcoming festival, played his favoured stalking role aboard Fury Road before switching to the inside to challenge at the last. Monkfish was the sandwich filling and briefly looked third best, yet this green, giant gelding rallied, claiming his prize with a taking display of guts and class.

Expectations were naturally sky-high for this season over fences, and with each start they have grown. Remarkably, Monkfish continues to surpass them. 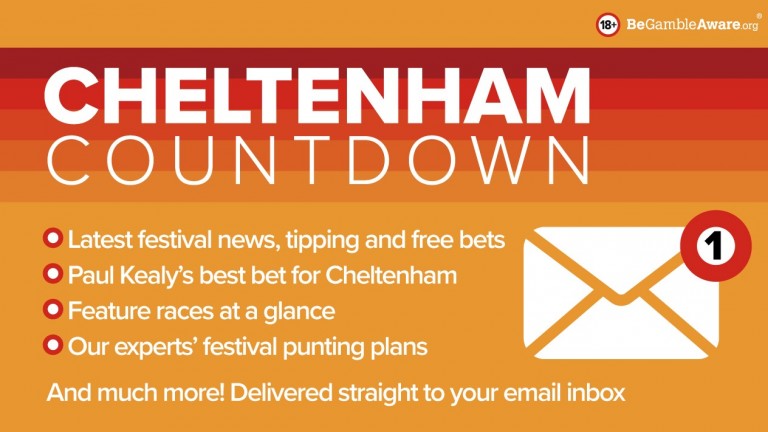 FIRST PUBLISHED 11:00AM, FEB 28 2021
Honeysuckle lacked nothing for pace and as soon as the gap on the rail opened she was through it, Blackmore brilliantly taking the initiative