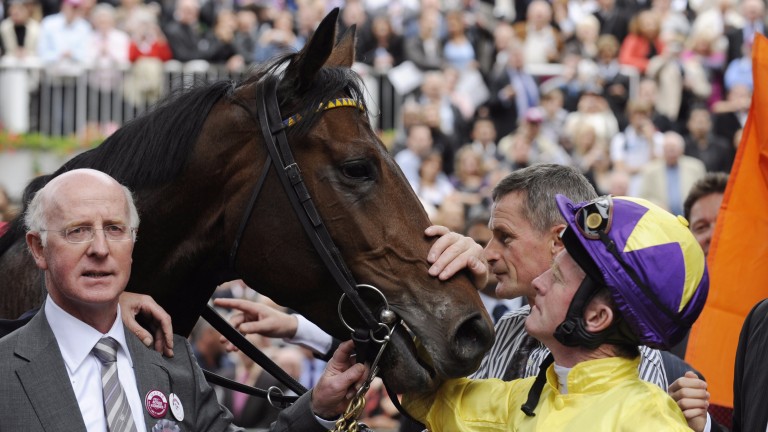 Mick Kinane hailed John Oxx "a fantastic trainer and an outstanding gentleman" on Monday after the trainer of Sea The Stars announced he is to retire at the end of the season.

Oxx, who turned 70 in July, has sent out 33 Group 1 winners during his 41 years as a trainer but will be remembered most for his handling of Sea The Stars, who went through a spectacular three-year-old campaign unbeaten by winning the 2,000 Guineas, the Derby, the Eclipse, the Juddmonte International, the Irish Champion Stakes and the Arc in 2009.

Oxx, who was crowned champion trainer in 1995, told the Racing Post he had no regrets over a training career which began in 1979. "The time is right and we're happy to stop at the end of the season," Oxx said on Monday evening.

"You obviously don't make these sort of decisions on the spur of the moment so it's been on our minds for a few years, but we just felt the time was right now."

He added: "I have no regrets; we have had some wonderful times. We were very, very lucky to have some very good owners and some very good horses over the years.

"We had two horses who won the Derby and the Arc in the same year. Ridgewood Pearl was right up there with the best I've had; she won four Group 1s in four different countries and Timarida was a great filly too.

"I am extremely grateful to all the owners who sent me horses to train and to all the great jockeys who rode them and to all the exceptional staff who have worked for us. I will greatly miss training for them but now is a good time for me to stop.

"My concern at the moment is that our staff can find alternative employment as our training business will cease at the end of this turf season in November. I hope that we will find someone to rent the yard as well." 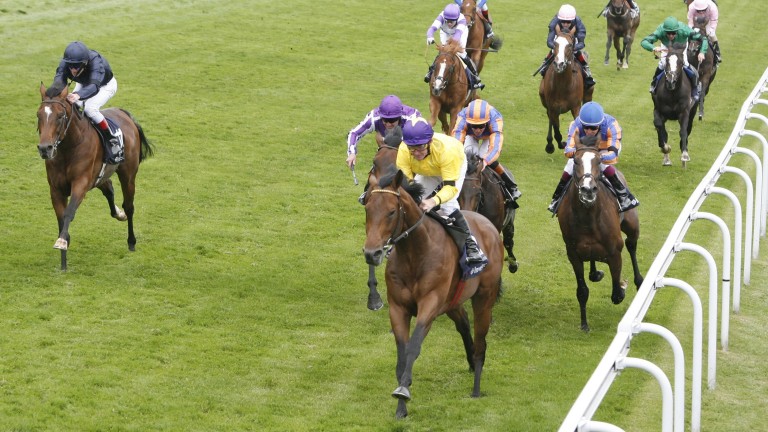 When reflecting on Oxx's outstanding training career, thoughts instantly turn to Sea The Stars and the man who had him in peak physical condition for those six Group 1 wins in 2009 has nominated the Arc victory as the highlight.

Oxx said: "Every day was an important day with Sea The Stars. You see, he had to win everything to prove he was the horse we knew he was. To get the last one done, the Arc, was massive so that had to be the biggest day.

"I remember Nijinsky was beaten in the Arc by an inferior horse after winning the Triple Crown and it spoiled the whole thing. It was so sad to see him lose, so I knew it was really important for Sea The Stars to win the Arc. It proved his merit beyond any doubt."

Kinane was on board for all nine of Sea The Stars' races and when asked to sum up Oxx, he replied: "A fantastic trainer and an outstanding gentleman."

Brian Kavanagh, chief executive of Horse Racing Ireland, said: "John has been a wonderful ambassador for our industry and our country. Always a gentleman to deal with and generous with his time and knowledge. Truly the end of an era." 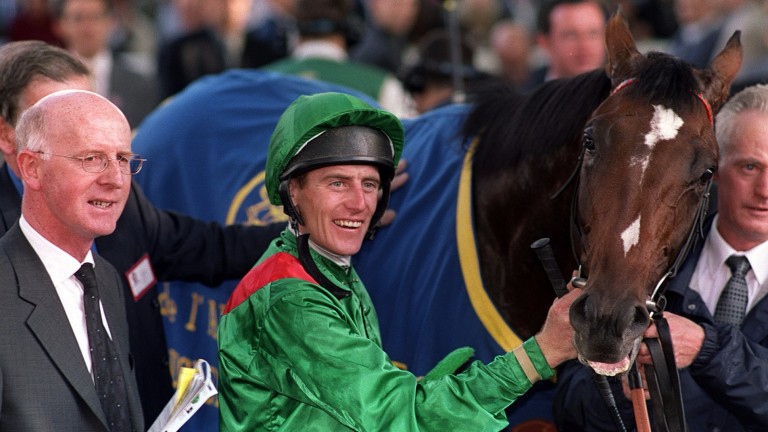 John Oxx and Johnny Murtagh with Sinndar after the Arc in 2000
Edward Whitaker (racingpost.com/photos)

Sinndar provided Oxx with his first Derby and Arc double in 2000, while Alamshar won the Irish Derby and King George in 2003. Azamour and Ridgewood Pearl both won four Group 1s, with the latter providing a famous triumph when landing the 1995 Breeders' Cup Mile at Belmont Park under Johnny Murtagh.

Oxx's first Group 1 winner was Eurobird in the 1987 Irish St Leger, while his final success at the top level was Alandi in the Prix du Cadran at Longchamp, an hour and a half after Sea The Stars had won the Arc.

FIRST PUBLISHED 6:06PM, OCT 12 2020
Every day was an important day with Sea The Stars. You see, he had to win everything to prove he was the horse we knew he was

Johnny Murtagh: Oxx was a real gentleman and never once lost his temper with me