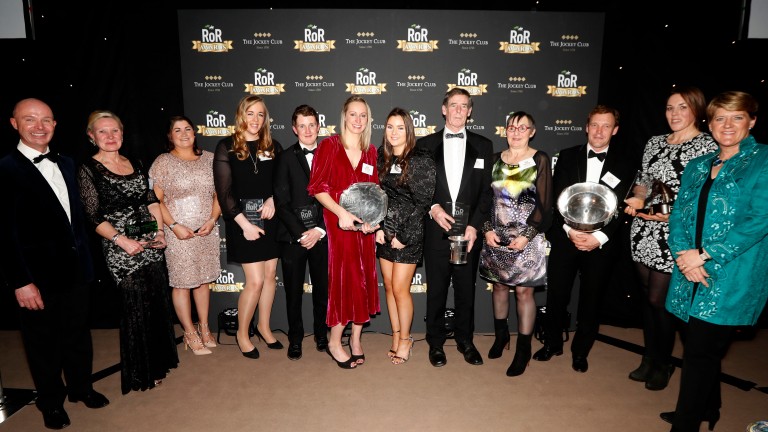 The Queen's former Flat performer Quadrille was named Retraining of Racehorses (RoR) Horse of the Year at a ceremony held at the Jockey Club Rooms in Newmarket on Saturday.

The evening’s most prestigious prize, sponsored by the Jockey Club, was presented to Louise Robson, who has retrained the 13-year-old for a second career in dressage.

Now in its sixth year, the awards were co-hosted by RoR patron Clare Balding and racing broadcaster Luke Harvey and celebrate the versatility of ex-racehorses across a range of disciplines, with prizes awarded to winners in dressage, endurance, eventing, hunting, polo, showing and showjumping. 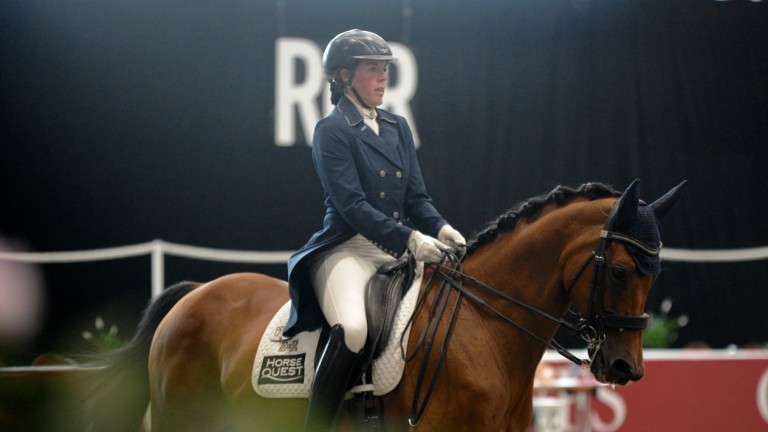 Quadrille and Louise Robson at the RoR National Championships at Aintree

When trained by Richard Hannon Quadrille finished second in the Listed Hampton Court Stakes at Royal Ascot in 2010 before his career on the track was cut short by injury. Dressage rider Robson then took on Quadrille and the son of Danehill Dancer is now the highest-performing thoroughbred on the UK dressage circuit.

Robson said: “This horse is incredible. I do love him very much, he has been a challenge, in fact he still is and initially, we never thought he would get beyond novice dressage because his basic paces are not fantastic, yet now he can pirouette, he can piaffe, he can passage.

"His heart is there, and he's still getting better. I'm so proud of him because he really deserves this because he tries so hard.

"I'm sure Her Majesty will be delighted. She has followed Quadrille's progress since the first day we had him." 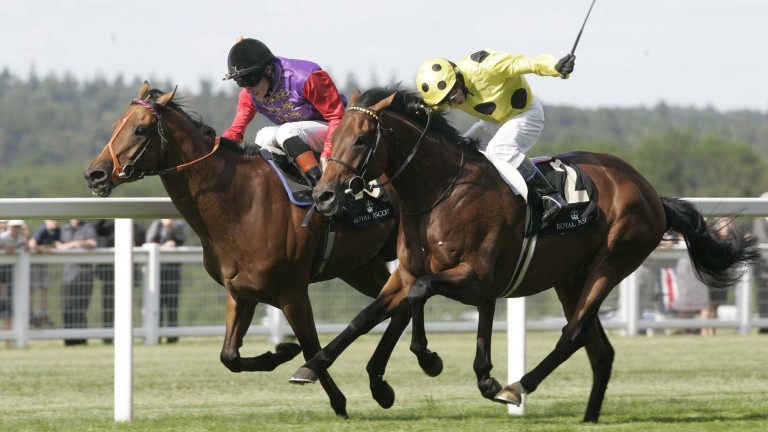 In the inaugural RoR Horse Personality of the Year award, best-selling author Jilly Cooper selected the 11-year-old gelding Ned Causer, who has had a transformational effect on the life of his owner and rider Sarah Peacock, helping her overcome bouts of anxiety and depression.

Among the evening’s other elite winners was Abseil, winner of the RoR Endurance title. Formerly trained by Sir Michael Stoute, Abseil and his rider Tracy Sieminski have shown their versatility in competing in dressage, showing, cross-country classes as well as endurance.

FIRST PUBLISHED 3:43PM, JAN 19 2020
I'm sure Her Majesty will be delighted. She has followed Quadrille's progress since the first day we had him

'Immaculate' - Haggas, Gosden and Bell reflect on the Queen's Windsor committal A final farewell and a heartfelt thank you from horseracing to the Queen A passion for racing that kept pace with momentous change Our sport was lauded as her favourite pastime. Now we must show we deserved it The Queen enjoyed a record-breaking year in 2021 - and her team's getting better How the Queen was still gripped by racing and mating plans in her final days