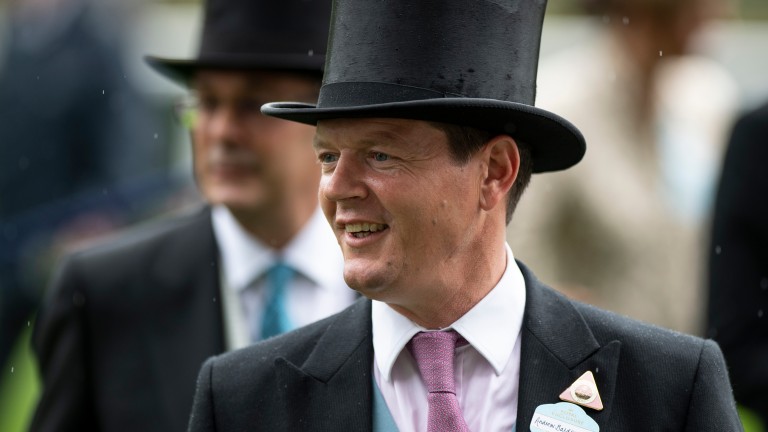 She's irreplaceable, of course, and she made the most enormous contribution in every facet of the yard. She was a people person who did so many good things, and to do her justice here and now would be impossible, so I'll stop there. Amen
Sir Michael Stoute expresses his thoughts on his long-term partner Coral Pritchard-Gordon following her sad death last year

Look who has just arrived home. THE TIN MAN had twelve days in hospital and now back in his own stable. As you can see he has very large support bandage on. He will be very spoilt in retirement. Thanks to @NEHreferrals who saved his life we are all very grateful. #happyretirement pic.twitter.com/nQWMYHc94s

If racing becomes just a speculative market where the best horses inevitably end up with the richest people, that would be sad and we would lose the magic of this sport
Trainer Jean-Pierre Gauvin speaks of the way he perceives ownership could be going

I thought the meeting was sure to be off. We were only coming here to have lunch
Andrew Balding on a dramatic fourth day at Royal Ascot after Sandrine's victory

I don't usually get emotional but I'm lucky to be here at all after the accident. It’s just an amazing feeling, just to get back here, never mind a winner at Royal Ascot
An emotional Paul Hanagan after Perfect Power's triumph in the Norfolk Stakes

For those who are not getting fed up of all the posts of our Princess pic.twitter.com/EdrvnKCIXd

At my age, what else would I be doing? I ride him every day myself, except on the weekends, when my daughter Wendy rides him. Other than that I do everything with him. I ride him out, put the shoes on him, everything
80-year-old trainer Frank Oakes is in a fine mood after his only horse, Mountain Fox, scored at Gowran Park

I said to my valet when he put his hand around me: "There's no place for tears in here." There are far worse things going on in the world. We're in the entertainment industry and I'm steering these marvellous animals.
Oisin Murphy on his Ascot lows and highs after Alcohol Free's Coronation Stakes success

FIRST PUBLISHED 12:00PM, JUN 22 2021
There's no place for tears in here, there are far worse things going on in the world