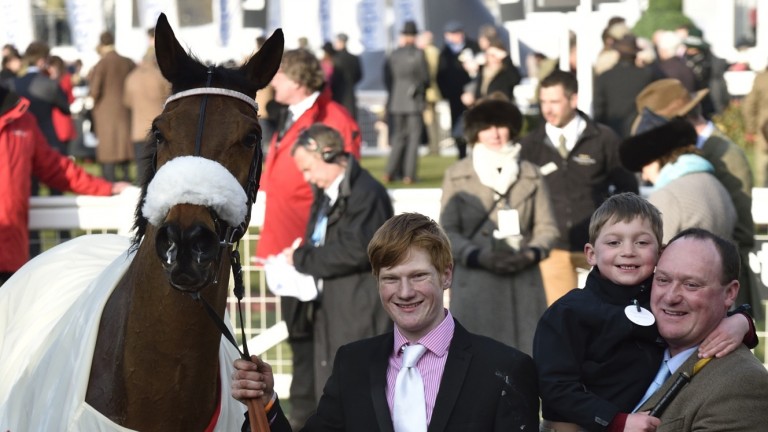 Amateur jockey Harley Cornock was remembered on Friday by trainer Martin Keighley as a talented rider and popular staff member, with a gift for riding keen and difficult horses.

Cornock, 24, was found dead at his parents’ home near Cheltenham in March having attended the first day of the Cheltenham Festival before going out with friends.

Having returned home early on Wednesday morning, Cornock did not reappear to get ready for work at Keighley’s stable near Condicote in Gloucestershire and was found hanged in his bedroom by his mother Lynn shortly after 6.30am.

Cornock worked for Keighley for six years, becoming a well-liked and respected member of the team, who had a passion for sports, especially horseracing and kart racing. An inquest was told on Thursday that he had been looking forward to attending the rest of the festival.

Keighley said on Friday: “He was a massive part of the team and his big skill was riding busy horses and keen horses at home. He had the gift of switching them off and it was fantastic to see.

“It’s such devastating news for such a young lad with so much to look forward to. It really is so sad. He worked for me for a long time and came as a shy, quiet lad and just grew in confidence. He was very talented and he loved sport.”

Such was the regard Cornock was held in by the Keighleys that he was given former stable star Any Currency, first past the post in the 2016 Cross Country Chase at the Cheltenham Festival, to look after in his retirement.

Keighley said: “We thought so much of him that when Any Currency retired we gave the horse to him and he retrained him and showjumped with him. The family has still got Any Currency, which is great. He had so much more to do and it’s such a lovely family.”

The death has not been treated as suspicious with the assistant coroner giving a narrative conclusion, with the cause of death the effects of hanging.

Cornock’s family believe the death was an accident and his mother Lynn said in a statement to the court: “We believe Harley was happy and content in all aspects of his life. He loved his job, his friends, his horse and his family. He was looking forward to the future.

“We are aware that we may never know, but we doubt that Harley had a suicide intention.”

Keighley and former colleagues were unable to attend Cornock’s funeral due to the restrictions imposed by the Covid-19 pandemic, but the trainer said they planned to pay their own tribute to the rider.

He said: “Racing Welfare have been very helpful and we had the chaplain Louise Brown come and see me, my wife Belinda and the whole of the team and she was amazing. She talked everybody through what was going to happen and helped with a lot of things.

“With Covid-19 we couldn’t go to the funeral, so we’re going to plant a tree here in memory of Harley. We thought it would be nice as the team were so close to him, so if they want a quiet moment they can have somewhere to sit and remember him. He was such a fun guy and had so many friends here.”

FIRST PUBLISHED 6:57PM, JUN 5 2020
We are aware that we may never know, but we doubt that Harley had a suicide intention