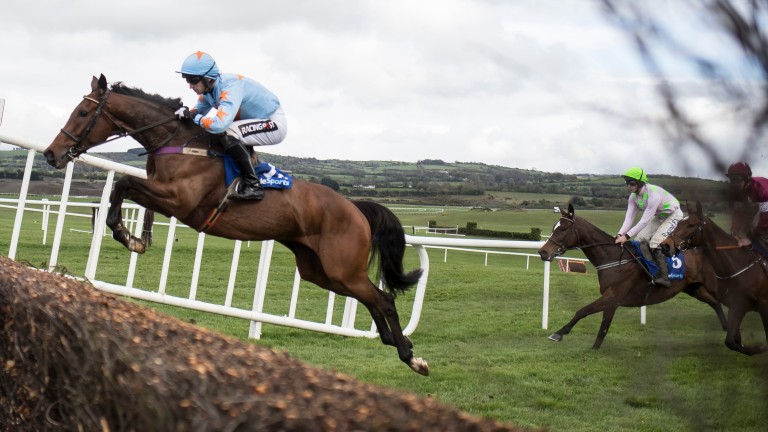 Ruby Walsh says Un De Sceaux had "freakish enthusiasm" which he never lost right up until his last piece of work on Thursday morning.

The evergreen 12-year-old, who won 23 of his 34 starts, suffered a suspensory ligament injury on Thursday as he continued his preparation for the Queen Mother Champion Chase, so a sixth trip to the festival has been ruled out and Willie Mullins confirmed on Friday morning that the ten-time Grade 1 winner will be retired.

Walsh was in the saddle for 15 of Un De Sceaux’s wins, including his Ryanair success at the festival in 2017, and he recalled the very first time the pair teamed up at Punchestown back in February 2013. 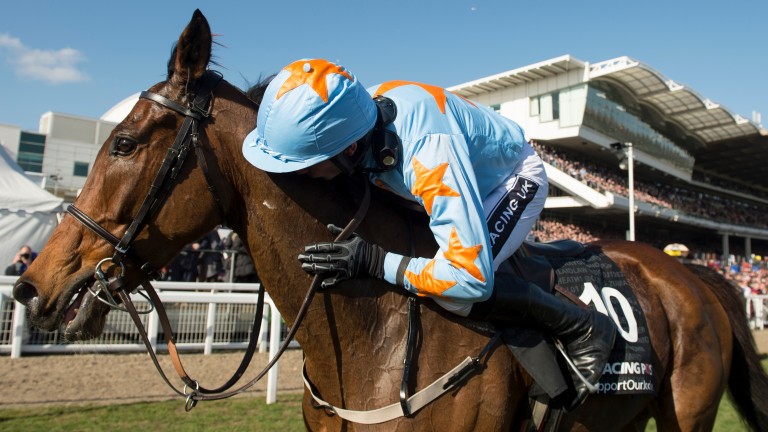 Walsh said: "He was just a wonderful horse. I remember the first time he won for us, a maiden hurdle at Punchestown, I had broken my nose in the previous race [on Apt Approach]. My face was covered in blood, but I just had to ride him in the next.

"It was like being back in pony club on the way down to the start. I couldn’t hold on to him. I just had to keep doing circle after circle with him. Each one smaller than the last to try and get him to stop. And, you know what, that freakish enthusiasm never left him. Usually age tempers enthusiasm for everyone, but it didn’t with Un De Sceaux. He had it from the very start right up until the other day. He was incredibly enthusiastic."

The winningmost jockey at the Cheltenham Festival continued: "The great thing about Un De Sceaux was that you didn’t have to do any homework when he was running. There was no such thing as thinking about tactics. There were no complications. He just went out and did his thing."

Reflecting on the 2017 Ryanair success, Walsh said: “When we really needed him, he was there for us. We hadn’t had a good start to the festival that year and we needed him to come good, and he didn’t let us down. He was just an amazing little horse. We had some great days together, not only at Cheltenham, but over in France and at Punchestown too.”

Paul Townend, who partnered Un De Sceaux to two top-level triumphs, said: "Un De Sceaux has had a brilliant career and it was amazing for the O’Connell family in Cork to come across a horse like him. Unfortunately, he probably wasn’t at his best on his last run at Ascot but his run before that was very good at Sandown, and also at Punchestown in April when he won the Champion Chase. He performed at the highest of levels for a long time so will be badly missed. He'll be very hard to replace.

"My favourite memory was definitely the Champion Chase at Punchestown last year when he beat Min. That was the best feeling I’ve ever got off him. The real Un De Sceaux turned up that day. He was a proper two-mile chaser and he really lived on the edge."

Patrick Mullins won his only start on Un De Sceaux. He made every yard of the running in the BoyleSports Champion Chase at the 2018 Punchestown festival, seeing off stablemate Douvan to post his second-highest Racing Post Rating of 173. The only performance which bettered that was his 2017 Clarence House victory, which earned him an RPR of 174. 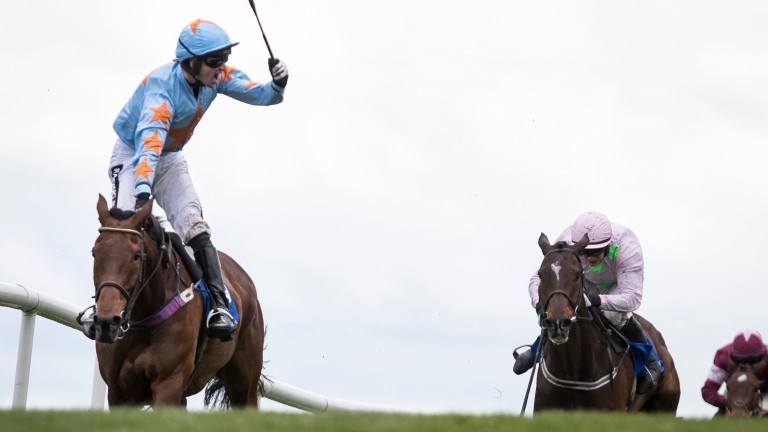 Patrick Mullins said: "He had a fascinating and astonishing career, the like of which we may never see again. Defeating him wasn’t easy but making him admit defeat was impossible.

"Virginie Bascop was the Robin to his Batman all the way and deserves huge credit. It's a sad yet happy day for her and the yard. I don’t think he’ll be doing on-course interviews like Thousand Stars and I can see him embracing retirement as happily as Dunwoody did!"

Patrick's father Willie made the announcement of Un De Sceaux's retirement to the Racing Post on Friday morning, saying: "Unfortunately, Un De Sceaux has been retired. He worked on Thursday and worked well but he wasn't right afterwards. Our vet checked him out this morning and confirmed that he had suffered a suspensory ligament injury.

"He was a fantastic racehorse first over hurdles and then over fences and gave us and his owners, the O'Connell family, many great days. He's 12 but was still showing all the enthusiasm he displayed throughout his career."

Un De Sceaux came into the Arkle following two wide-margin wins over fences, including a 15-length defeat of the useful Clarcam at Leopardstown. Sent off the 4-6 favourite, he raced with his usual enthusiasm up front and, when asked by Ruby Walsh for his effort, he quickened clear up the hill to account for God's Own by six lengths.

Having been comprehensively defeated by Sprinter Sacre in the previous season's Champion Chase and Celebration Chase, Un De Sceaux earned a well-deserved (and battling) success in the Tingle Creek. Made to pull out all the stops by 2014 Champion Chase hero Sire De Grugy, Willie Mullins' star refused to lie down after putting down at the final two fences and battled to win by a length. 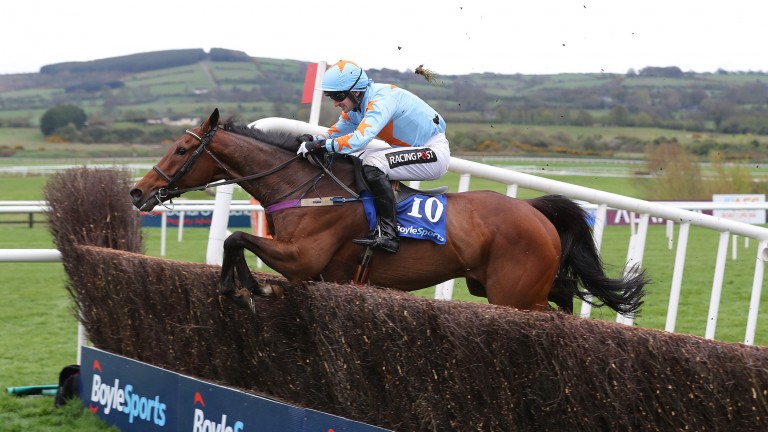 In what turned out to be his final success, there was no bigger cheer at Punchestown that week, a fitting tribute to one of the most popular jumps horses of recent times. Stablemate Min was the 8-13 favourite to confirm his brilliant Aintree win earlier that month, but had no answer to Un De Sceaux's devastating front-running style.
Kitty Trice

FIRST PUBLISHED 11:39AM, FEB 28 2020
Defeating him wasn’t easy but making him admit defeat was impossible

Who is racing's Lionel Messi? The leading seven jockeys primed to shine in 2020 Punting dos and don'ts for when British racing resumes next week Key punting factors to consider when assessing two-year-old races Everything you need to know as racing prepares to resume on Monday Ken Condon eyeing another Jacques le Marois victory with crack miler Romanised Tote to seed pools so early-bird punters are not left in the dark on dividends