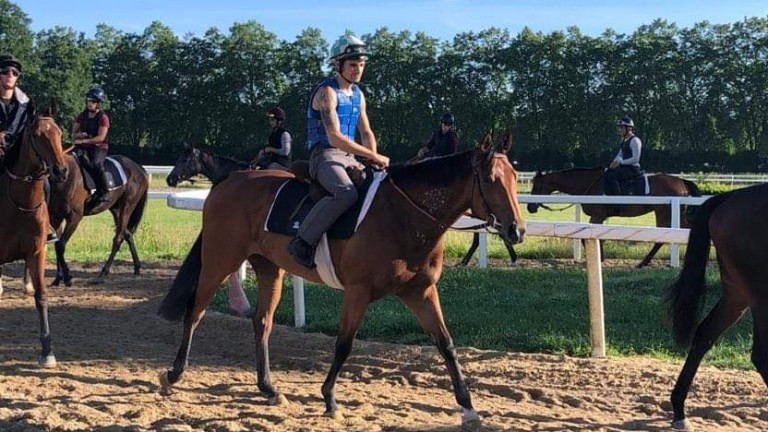 Crack French-trained sprinter Suesa and a dark horse for the Gold Cup from Germany are set to be among a much smaller-than-usual European contingent at Royal Ascot next week.

While US trainers Wesley Ward, Brendan Walsh and Rusty Arnold ensure there will be plenty of international interest at the meeting, the difficulties of travelling humans and horses from mainland Europe continue to take a toll on likely participation from the continent.

Mikel Delzangles and the Aga Khan team have decided against sending recent Longchamp Listed winner Sagamiyra for Wednesday's Duke of Cambridge Stakes – a race for which the daughter of Sea The Moon was a best-priced 10-1 – with the Group 3 Prix Bertrand du Breuil Longines at Chantilly four days later her likely next start.

Delzangles said: "I think she'll stay in France and run in the Bertrand du Breuil. She is very well but travelling is rather difficult at the moment and so we'll stick to home." 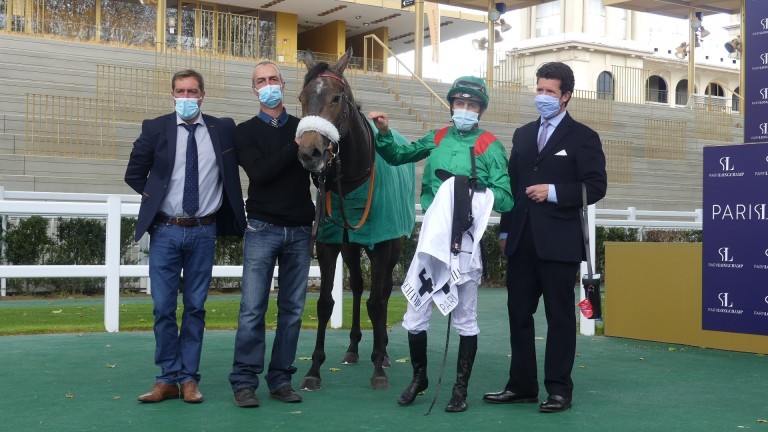 Francois Rohaut and owner George Strawbridge have every logistical box ticked as preparations continue for Commonweath Cup second favourite Suesa, an easy winner of both the Prix Sigy and the Prix Texanita at Chantilly this spring.

"She has recovered very well from her last race," said Rohaut. "She will work Wednesday morning and everything has been organised for the trip over. We just have to hope she remains in good form between now and then.

"Mr Stawbridge's racing manager, James Wigan, has been able to sort out staff to care for her in Britain while she is over there and my daughter Marie is working for Sir Mark Prescott and she will represent me at Ascot.

"It's not certain yet whether Olivier [Peslier] will be able to travel so we have a plan B with a British-based jockey booked in case. We'll decide once Wednesday’s gallop is out of the way."

Andre Fabre and Jean-Claude Rouget are among the leading French trainers who have cited the quarantine requirements for staff as major barriers to their participation.

"I am lucky to have good friends in England and Rikki and Katja Morse will be part of our team for a couple of days," said Suborics.

"We are preparing Rip Van Lips for the Gold Cup and although there is an alternative of a Listed race in Cologne, the main priority is Ascot. I'm checking the weather forecast every day and there is not too much rain around. If the ground got firm we would think again but the horse worked really well this morning and I'm very happy with him.

Rip Van Lips was an impressive winner of the Group 2 Oleander-Rennen over two miles on his last start but can still be backed at 100-1 against Stradivarius and company.

"He ran well first time out in France and then improved a lot when winning his Group 2 at Hoppegarten," said Suborics. "I know he will be taking another big step up against the top stayers in England but I think the 4,000 metres [two and a half miles] will suit him, he's in good form and we have nothing to lose.

"As long as it’s good ground he'll be coming. He is five but I think there is more improvement to come because he had nearly a whole year out."

Further German representation could come from a frequent visitor to Britain in the shape of Namos for Dominik Moser in the Diamond Jubilee Stakes.

In addition to the Ward Armada, Walsh saddles Al Quoz Sprint winner Extravagant Kid in the King's Stand Stakes, with Ryan Moore in the frame to ride.

And Arnold has secured the services of Frankie Dettori aboard Artos for the Queen Mary.

FIRST PUBLISHED 11:53AM, JUN 8 2021
She will work Wednesday morning and everything has been organised for the trip over