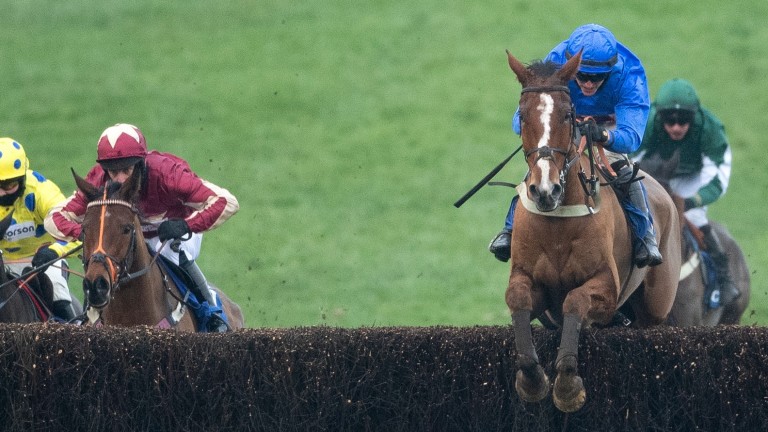 Last season's Welsh Grand National runner-up The Two Amigos will not bid to go one better in the marathon at Chepstow next month – after trainer Nicky Martin forgot to enter him.

Martin's stable star will be standing in his box in Somerset on December 27 when the 3m6½f stamina test, in which he chased home favourite Secret Reprieve in January, is being run.

Following her oversight, Martin now has an ambitious revised target of the Randox Grand National at Aintree in April in mind for The Two Amigos, having previously been reluctant to send him over the National fences due to his relatively small stature.

The Two Amigos, who was last seen finishing eighth in the Midlands Grand National in March, may well get his season under way in the Welsh Grand National Trial at Chepstow on Saturday week.

Of her blunder, Martin said: "We'd had a few major dramas at the farm on the morning of Welsh National entry day and I forgot. By the time I remembered, it was 1pm and I'd missed the deadline. It was a stupid mistake and rather annoying, as you can imagine, so we're having to go down another route."

Even though The Two Amigos is unable to go for Chepstow's big race, he could run in the trial, in which he also finished second to Secret Reprieve last season. 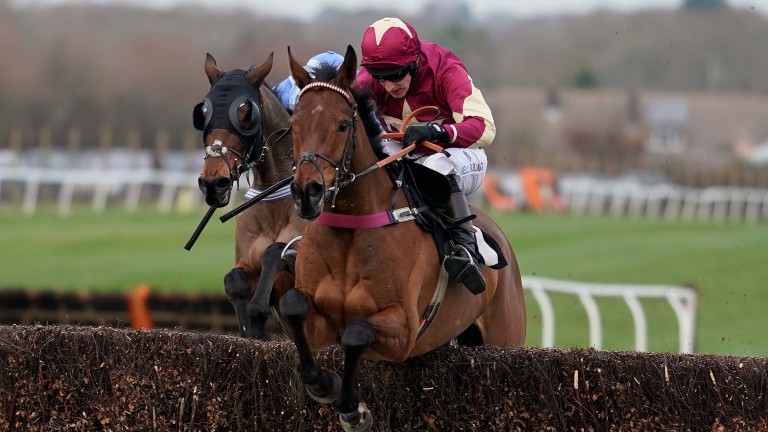 The Two Amigos: could reappear in Welsh Grand National Trial despite not being in the big race
Alan Crowhurst (Getty Images)

Martin said: "He's absolutely flying at home but he likes heavy ground, so there's been no point in running him as it's been so dry everywhere. There are various options the weekend after next including the Welsh National Trial and the Borders National at Kelso as well as races at Sandown and Aintree. Hopefully it rains at least at one of the four tracks to allow him to run."

She added: "I was annoyed I missed the deadline but maybe these things happen for a reason and I think it's cutting it fine running in the Welsh National just three weeks after the trial anyway. Long term we may go very big and have a crack at the Grand National as my other half is trying to talk me into it. I know I previously thought the horse was too small for the National fences but they're not that big these days."

Williams admits improvement is needed to give Streak a Fighting chance

FIRST PUBLISHED 7:00AM, NOV 25 2021
The entry for Aintree is the end of December and I've written it on every calendar and every diary I have so I don't forget