Stratford stresses white obstacles not to blame for recent falls 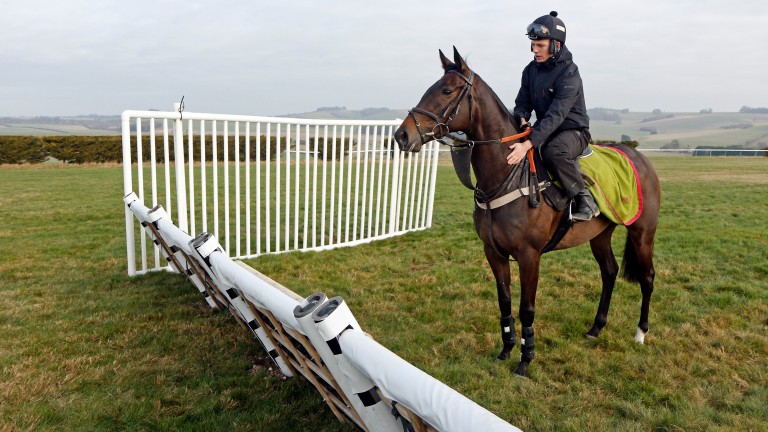 White obstacles: have been in use at Stratford since the start of the season
Steven Cargill
1 of 1
By Peter Scargill 5:30PM, MAY 22 2022

Stratford has laid the bulk of the blame for recent falls at the track on the shape of the final fence, leading to its alteration, rather than the change to white from orange railings on the obstacles at the track.

In March, Stratford became one of the first racecourses in Britain to run races with hurdles and fences that had white trim and toeboards on the jumps in an effort to increase safety, following a BHA-backed study by Exeter University that concluded horses did not see orange as a standout colour.

However, prior to Saturday’s fixture at the course, 174 horses had run at Stratford since March with 5.7 per cent of them having fallen or unseated, an increase from 4.2 per cent in 2021 and four per cent in 2019. A further 44 horses raced at the course on Saturday, with two horses falling – a rate of 4.5 per cent.

One of the fallers on Saturday, Lost In Montmartre, was at the final fence, the same place five horses had fallen at the previous meeting last Sunday, including Achy Breaky Heart, who was fatally injured when running loose into the water jump, the fence that followed.

The spike in fallers at the last fence has resulted in the course making modifications to make it easier to jump, with Stratford’s clerk of the course Nessie Chanter confident the change to white trim from orange has been beneficial for horses and riders.

"We’ve found the transition to be smooth so far," she said on Sunday. "The first three meetings we had with the changed obstacles had very few fallers, certainly less than average. We felt, and the jockeys felt, the horses were seeing them better.

"We had an unfortunate meeting the one before last, which resulted in us having a look at the last fence along with the BHA course inspector, the jockeys’ safety officer and a few other riders as well.

"We’ve made some alterations to that fence, to change its shape, as there was a feeling that was causing an issue. We’ve made the shape more forgiving, and taken a bit off the top as well as shaving down the belly.

"That’s all unrelated to the colour change and it does appear they have been jumping the obstacles better. We’re using less birch when we’re repairing the fences, which is usually a good sign the horses are jumping them more cleanly."

Alongside Stratford, Newton Abbot and Worcester have replaced the orange trim on their jumps with white. Cartmel is set to be the next track to have white jumps when racing on Saturday.

The New course at Cheltenham will be the final one to transition to white from orange on December 9 this year.

FIRST PUBLISHED 5:30PM, MAY 22 2022
We’ve made some alterations to that fence, to change its shape, as there was a feeling that was causing an issue