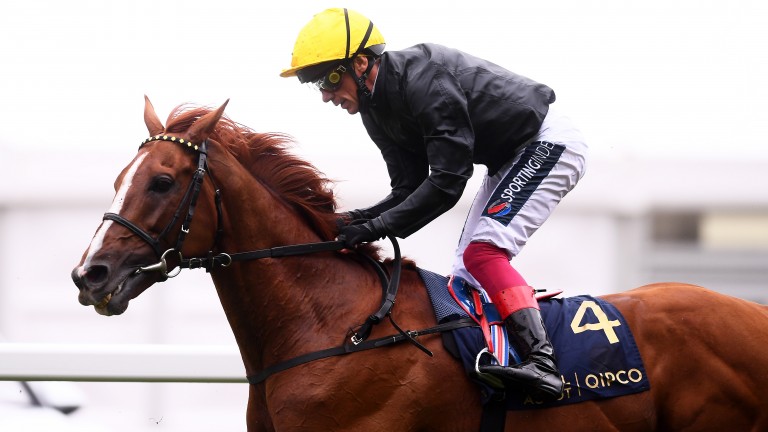 Stradivarius: will return to the track in 2022 after connections decided against retirement
Harry Trump/Getty Images
1 of 1
By Sam Hendry UPDATED 8:22PM, OCT 26 2021

John Gosden has revealed seven-time Group 1 winner Stradivarius will remain in training as an eight-year-old, with the Ascot Gold Cup as his primary objective before he retires at the end of the season.

It looked as if retirement could be on the cards for the superstar stayer after he was beaten in consecutive starts in October by Trueshan in the Prix du Cadran and the Long Distance Cup on Champions Day.

But after discussions with Stradivarius's owner Bjorn Nielsen Gosden, who trains alongside son Thady, said Stradivarius will return in 2022 for a swansong year in which he will attempt to match Yeats' achievement of winning four Gold Cups. 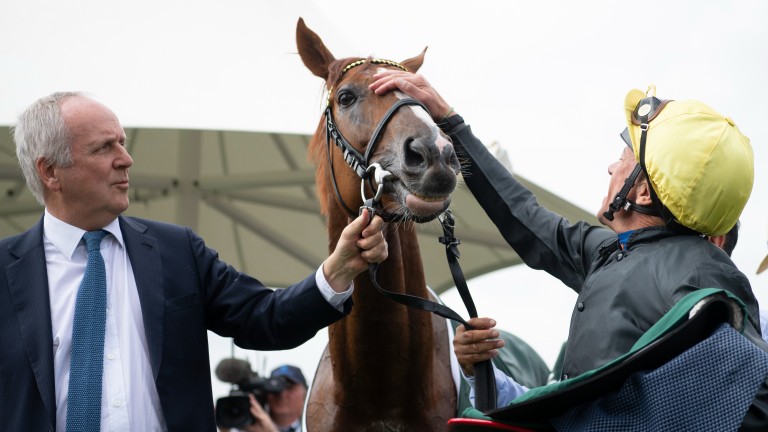 Bjorn Nielsen with Stradivarius after the Lonsdale Cup at York
Edward Whitaker (racingpost.com/photos)

Gosden said: "Mr Nielsen has been in to see the horse today and the intention is for Stradivarius to stay in training next year with the intention of three races: a prep run, the Ascot Gold Cup and the Goodwood Cup, at this stage."

Expanding on the decision to keep Stradivarius in training, Nielsen said: "He’s as enthusiastic as ever, which is quite amazing, but he is. As long as he continues to show that he will run in a prep, which will be either the Sagaro Stakes or the Yorkshire Cup, with the Ascot Gold Cup as his main aim.

"Then the option will be kept open, if he is at the top of the game and if conditions are right, for Goodwood and that will be the end of his career after that."

He added: "He’s been the soundest horse in the history of horseracing, he's never missed a beat. He hasn’t missed an engagement in seven years of racing, except when we brought him out of Goodwood after that huge amount of rain."

A winner of 19 of his 32 starts, Stradivarius has accrued over £3 million in prize-money in a glittering career which has established him as one of the greatest stayers in the sport’s history.

His tally of three Gold Cups is bettered only by Yeats – who won his fourth in 2009 at the age of eight – while his four consecutive Goodwood Cups won between 2017 and 2020 is a record.

Stradivarius was a well-beaten fourth at Royal Ascot this year behind Subjectivist but rebounded with a rousing victory in York's Lonsdale Cup.

He followed that up by winning a second Doncaster Cup before his two autumn defeats to the Alan King-trained Trueshan saw the crowning of a new king of the staying division.

Nielsen remains unfazed by the prospect of Stradivarius renewing rivalry with Trueshan for a fourth time, having also finished behind the five-year-old in the 2020 Long Distance Cup.

He said: "Meeting Trueshan on anything but a bog we would be very happy to do.

"Stradivarius will be eight next year and could he decline? Of course he could and the odds are he might but he was kicking and bucking there today absolutely full of himself and on a good ground surface bring it on. We’re not worried about anybody."

Brendan Powell set for first ride on Fiddlerontheroof at Carlisle

FIRST PUBLISHED 4:38PM, OCT 26 2021
Mr Nielsen has been in to see the horse today and the intention is for Stradivarius to stay in training next year