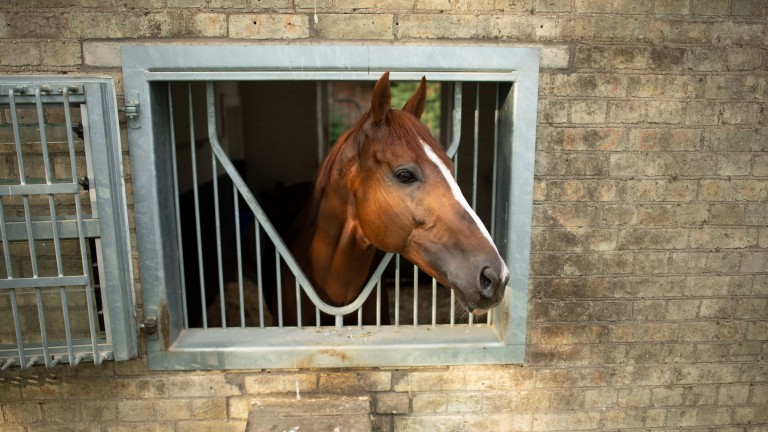 Senior stayer Stradivarius could yet put in an appearance on Qipco British Champions Day at Ascot on Saturday as he will be left in the Group 2 Long Distance Cup at the five-day stage.

The future of the seven-year-old is still to be decided by owner Bjorn Nielsen, but the three-time Ascot Gold Cup winner looked as fresh as ever when doing two canters on Warren Hill in Newmarket on Monday morning.

If he were to report for duty at Ascot, Stradivarius may well face a rematch with Trueshan, the horse he chased home in the Group 1 Prix du Cadran at Longchamp on October 2.

Before that, Stradivarius had looked in rude health when winning the Group 2 Doncaster Cup for the second time in September. He would be having his sixth outing of the year if he runs at the weekend.

Stradivarius won the Group 2 Long Distance Cup in 2018 but was narrowly denied by Kew Gardens the following year and beat only one home in last year's race when sent off the 11-10 favourite.

Gosden said: "I will be pressing the button as they say and leaving Stradivarius in the Long Distance Cup, and his appearance will be subject to discussions with the owner nearer the time. The old boy seems well in himself this morning and obviously knows the track well so he's ready to go again if required."

Speaking at Yarmouth, owner Bjorn Nielsen said: "Stradivarius is in the race at Ascot but no decision about his participation has been made. If we'd known the ground was going to be decent at Ascot like it promises to be, we wouldn't have run him in France where it was too soft for him."

John and Thady Gosden: 'It's no different to managing a top footballer'

FIRST PUBLISHED 12:00PM, OCT 11 2021
The old boy seems well in himself this morning and obviously knows the track well so he's ready to go again if required

'Gorgeous' Cross Country Chase favourite could have prep run over hurdles MP Conor McGinn joins race committee at Haydock racecourse Plans for Netflix racing series progress as filming begins at European stables What does the Shishkin v Energumene thriller mean for their Cheltenham hopes? One horse, one trainer, one jockey and one race to watch on Saturday Capacity crowds set to return for Dublin Racing Festival after measures eased