Step back in time: Hall of Fame launches history of racing series 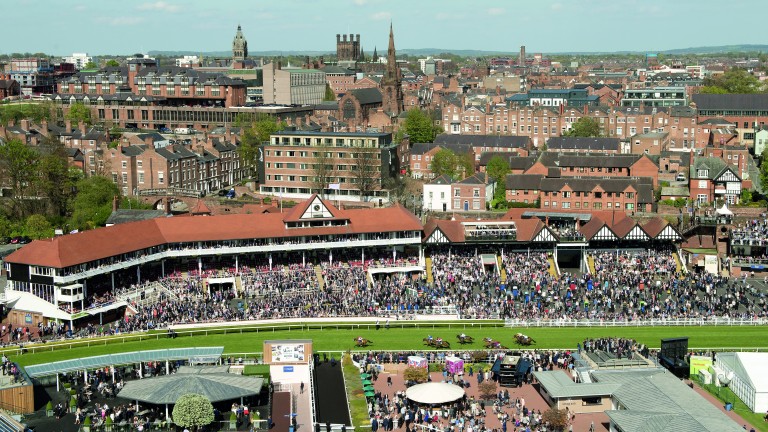 Chester’s Roodee, set in the heart of the city, has legitimate claims to be Britain's oldest racecourse
Edward Whitaker (racingpost.comphotos)
1 of 1
By Nick Pulford 3:00PM, JUN 2 2021

The newly created Hall of Fame has launched a series of stories looking back on Flat racing’s rich history, featuring key moments and influential figures from the 17th century onwards.

The stories are the next step in the evolution of the Hall of Fame, which launched online in April and made Lester Piggott and Frankel its first two inductees.

Backed by Qipco to mark the tenth anniversary of its sponsorship of the British Champions Series, the Hall of Fame website has gone back in time with the stories written by racing historian Chris Pitt alongside his wife Mary.

The first sequence focuses on the 17th century, with more to follow on subsequent centuries over the summer.

Rod Street, chief executive of British Champions Series, said: “While the Qipco British Champions Series Hall of Fame celebrates and honours the stars of Flat racing from 1970 onwards, we're also very conscious of racing’s rich and fascinating history that dates back centuries. The stories and individuals that make up the sport’s past shaped racing as we know it today.

"Each month the Hall of Fame site will be publishing specially curated pieces on racing’s past so that new and existing fans can find out more about what makes our sport so special.

"Over the summer we will be publishing overviews of racing during the 17th, 18th and 19th centuries ahead of the next set of inductions being made into the Hall of Fame itself on Qipco British Champions Day.”

Below is an excerpt from a feature written by Chris Pitt, alongside Mary Pitt. Visit horseracinghof.com to read the full article.

Racing in the 17th century: how the sport began in Britain

Horseracing in Britain can be traced back to Roman times. When Julius Caesar invaded in 55BC, he brought charioteers who had honed their skills in competition. However, the 17th century was when the sport developed on a more organised basis, thanks largely to the Stuart dynasty, in particular the enthusiasm and support of King Charles II, the Merry Monarch.

Long before Charles became king, James VI, the last king of Scotland, ascended to the English throne as James I in 1603, succeeding his mother’s first cousin, Queen Elizabeth I. His greatest contribution to the sport of horseracing – although it happened almost by accident – was to establish Newmarket as its headquarters. 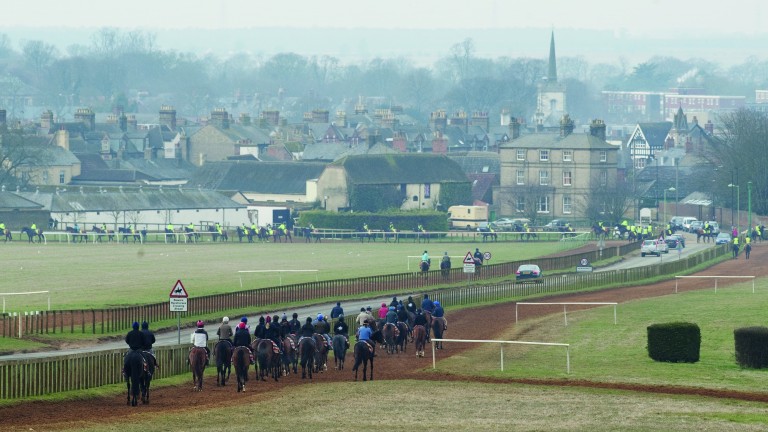 Newmarket's place as the headquarters of British Flat racing was established in the reign of James I
Edward Whitaker (racingpost.com/photos)

Devoted to all forms of field sports, he first visited the area in 1605, two years after inheriting the throne, to hunt with his hounds and falcons, sometimes staying for weeks at a time. He developed a liking for the grassy plains of Newmarket Heath, lodging at a small inn called The Griffin in Newmarket itself. Eventually, finding The Griffin’s facilities a touch too primitive for his tastes, he built a palace on its site.

By then, horseracing was a growing sport around the country. Several courses that we know today were already staging meetings. Chester’s Roodee, overlooked by its Roman city wall, has legitimate claims to be the oldest. For many years it had held race meetings on Shrove Tuesday but in 1609 they were moved to St George’s Day, April 23, when the main event was for a prize of three bells, or cups. . . “being for the Kynge’s crowne and dignyte, and the homage of the Kynge and Prynce with that noble victor, St George, to be continued for ever”.

Bells were a common form of prize in those days. Henry Herbert, 2nd Earl of Pembroke, donated a golden bell worth £50 (equivalent to £12,770 today) for a three-mile race at Salisbury. Of those that survive today, the Lanark Silver Bell (run now at Hamilton since Lanark’s closure in 1977) is said to have been instituted by King William the Lion of Scotland.

The Carlisle Bell bears the inscription ‘The Sweftes Horse Thes Bel To Tak For Mi Lade Daker Sake’. It is mentioned in the city records in 1619 when Carlisle’s race meetings were revived. 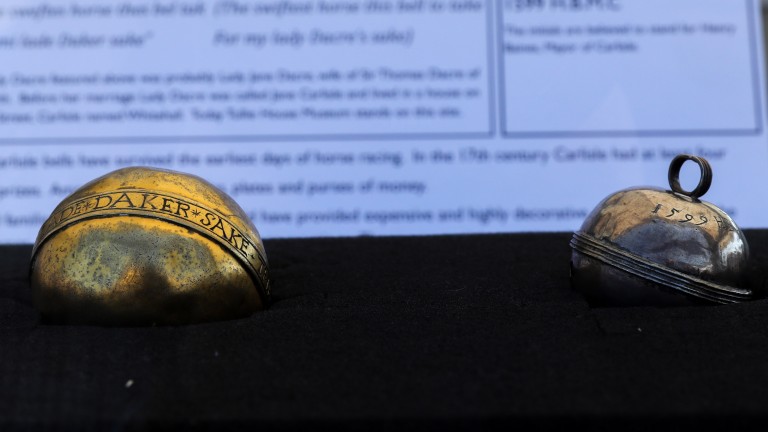 The historic Carlisle bells, a common form of prize in the 17th century
John Grossick (racingpost.com/photos)

Elsewhere, a map of Doncaster shows a racecourse at ‘Wheatley Moor’ upon which a grandstand had been erected by the dawn of the 17th century. By 1614 it had appointed a groundsman, who was paid one shilling and sixpence for “making the waye at the horse race”.

However, his employment did not last long, for the following year the Corporation banned racing there “for the preventinge of sutes, quarrels, murders and bloodsheds”. It eventually resumed, albeit intermittently and was of only minor importance for the remainder of the century.

Frankel: A perfect ending for a perfect racehorse

FIRST PUBLISHED 3:00PM, JUN 2 2021
Each month the Hall of Fame site will be publishing specially curated pieces on racing's past so that new and existing fans can find out more