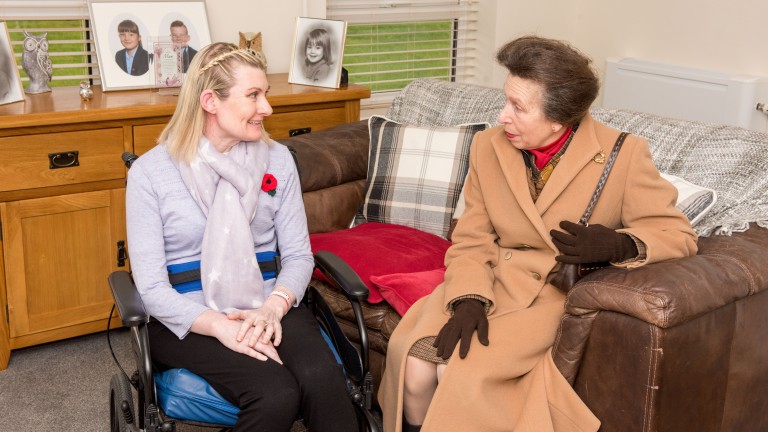 The Princess Royal meets Rosalyn Dunne, who soon hopes to move in to her flat in Racing Welfare's Summerhill House
Mark Westley
1 of 1
By Lee Mottershead 6:11PM, NOV 12 2019

On a grey, wet morning in Newmarket, the huge importance of Racing Welfare could be seen in impressive bricks and mortar. It could just as easily be seen on the face of Rosalyn Dunne.

Flat seven in Summerhill House is Dunne's new home, or at least it will be once she and her parents, with the help of Racing Welfare, can secure full-time care provision from the local authority.

Once that is in place Dunne will be able to move into the smart apartment, already handsomely furnished, that will help to make her life easier and better.

There are 21 two-bedroom flats in the Howard de Walden Way property that was described on Tuesday as "the jewel of Racing Welfare's housing portfolio" by the charity's chairman William Barlow. Listening to him say it was the charity's president, the Princess Royal, who was there to officially open Summerhill, which is indeed a jewel.

The £3.5 million establishment was designed to house Racing Welfare’s most vulnerable retired beneficiaries. One of them is Dunne, who was working for Barry Hills at the time she became ill with multiple sclerosis in 1996.

When asked to describe how much Racing Welfare has done for her, Dunne burst into tears. She did so again when attempting to convey why she is so keen to remain in the racing community. Words came more easily on the subject of her royal guest.

"She is absolutely lovely and so down to earth," said Dunne. "She sat on the sofa, asked a few questions and I explained I'm waiting for care before I can move in here.

"It will give me my independence back. They are trying to get me an electric wheelchair so I can move around the place and even open the door. I'll have a place of my own again." 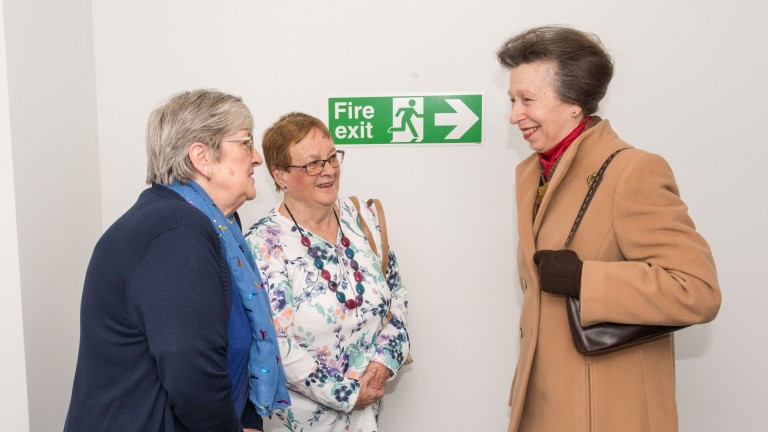 Margaret Dawson and Janet Burrows both now have their own places in Summerhill House, where they were among those to meet the Princess Royal.

Dawson, who worked as a nurse in Newmarket for 36 years, was brought up on a stud and has racing in her blood. Her husband, David, was employed in stables for half a century from the age of 15. He died in January, after which his widow began to feel anxious in her previous home. Since moving to Summerhill five weeks ago all that has changed.

"Racing Welfare offered me a flat on the first floor and now I'm so happy," she said. "I was okay where I lived before until my husband passed away. After that I used to get very nervous at night. Now I feel so safe. There's a happy atmosphere here. I also only have to get on the phone to Racing Welfare and they come and see me."

On this particular day the Queen's daughter also came to see her.

"A finished article like this will, I hope, be a real encouragement to others to support more such homes in the future," said the Princess Royal. "It's very nice to see you all here today and I hope, above all, you will enjoy being here as tenants."

Dawson and Burrows are enjoying it already. If there is any justice, Dunne will soon be calling Summerhill House her home as well.

FIRST PUBLISHED 6:11PM, NOV 12 2019
It's very nice to see you all here today and I hope, above all, you will enjoy being here as tenants