'Sitting in that cell for 24 hours, I was thinking it was the end of my career' 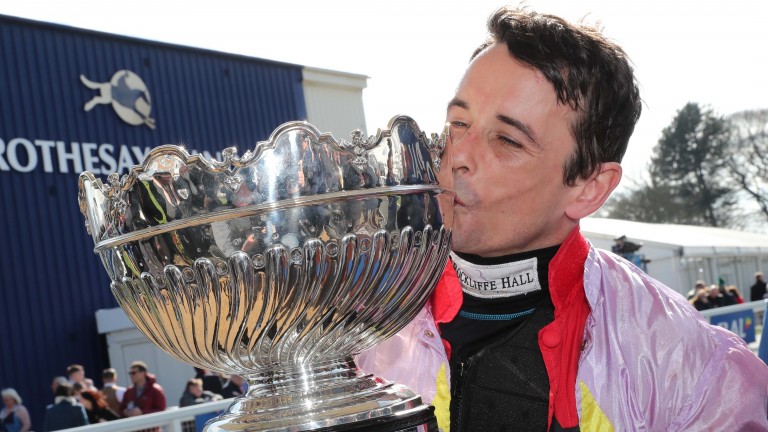 He won well and Dad and I had a chat on the way home, trying to remember the last time we had a horse do that first time, and we thought about Cue Card
Joe Tizzard expects big things from Exeter novice hurdle winner Jpr One

We had a few quid on, but I wouldn't read too much into it being a massive gamble. The bookies tend to run for cover with my horses
Ronan McNally plays down the victory of All Class, who was backed from 13-2 into 13-8 favourite before winning at Punchestown

Sitting in that cell for 24 hours, I was thinking it was the end of my career
In-form northern-based rider Sean Quinlan remembers tougher times several years ago

By the time I remembered, it was 1pm and I'd missed the deadline. It was a stupid mistake and rather annoying, as you can imagine
Nicky Martin regrets forgetting to enter The Two Amigos for the Welsh National next month

I enjoy it more now, but I’d just like the prize-money to have changed since 1987!
Newmarket trainer Conrad Allen is relishing his best season since 2004

The only thing that gets me is people who write things who blatantly – absolutely blatantly – know nothing about horses. I invite them to come down and spend a day with us, they'll go home and write a very, very different story
Nicky Henderson hits back at critics of his decision to rule Shishkin out of his intended reappearance in the Tingle Creek

'He's a fast horse, so fast he could play table tennis on his own'