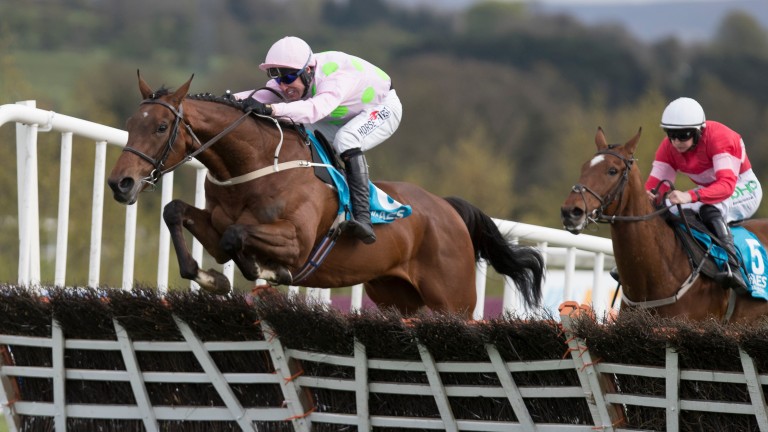 This year's County Hurdle hero Belfast Banter, himself a Grade 1 winner subsequently at Aintree, has headed the market since ante-post betting began on the race last week, while last year's fortunate Triumph Hurdle winner Burning Victory and the 2019 Fred Winter victor Band Of Outlaws have also stood their ground.

Band Of Outlaws was third in the Galway Hurdle in 2019 when sent off joint-favourite, finishing third to Tudor City, who is also back to try to regain the crown he won two years ago. Indeed, he runs off an identical mark of 139 and Tony Martin has secured the services of 7lb claimer Jack Foley.

JP McManus has four of the 20 runners, with Mark Walsh opting to ride Magic Tricks, who is currently vying for favouritism after an eyecatching effort in a Flat maiden a few weeks ago under Derek O'Connor.

Noel Meade, who sent out Pinch Hitter to win back-to-back runnings of the Galway Hurdle in 1982 and 1983, is represented by Jesse Evans who will be ridden by Sean Flanagan.

Willie Mullins, unsurprisingly, has the best recent record in the race thanks to Mystical City (1996), Clondaw Warrior (2016), Sharjah (2018) and Aramon (2020). The champion trainer runs Ciel De Neige as well as Saldier and Burning Victory.

The sole British challenger is Scottish Champion Hurdle winner Milkwood from the Neil Mulholland stable. The last time the valuable prize was claimed by a British trainer was in 2010 thanks to the tearaway Overturn, who made all under Graham Lee for Donald McCain.

Read more on Goodwood and Galway:

What's on this week: Glorious Goodwood, Galway festival and the Racing League