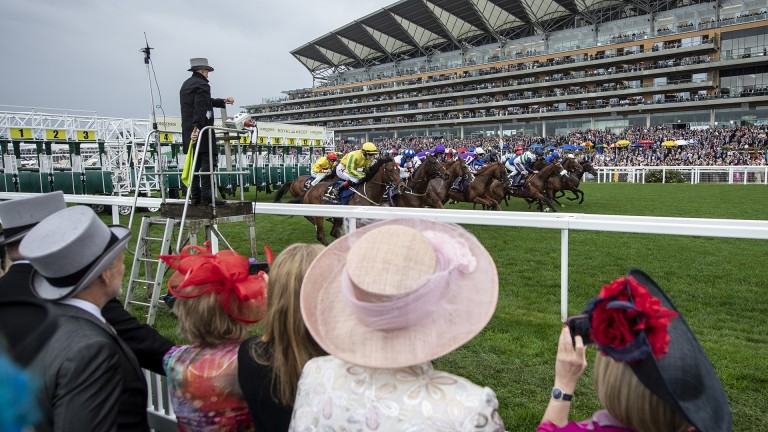 Royal Ascot will welcome a crowd of 12,000 for each day of the prestigious five-day meeting next month after being selected as one of the government's pilot events with track officials confident the summer highlight will feel like "the party it's meant to be".

The Berkshire track was previously pressing ahead with a capacity limit of 4,000, although talks were ongoing about increasing that figure, and Royal Ascot has now been identified alongside an England cricket Test match as the latest to trial the return of larger crowds.

A daily attendance of 12,000 would be the biggest to appear on a racecourse in Britain since the coronavirus pandemic shutdown the sport in March last year. Next month's Cazoo Derby meeting at Epsom is permitted to welcome no more than 4,000 racegoers – the current cap to which racecourses are working.

Guy Henderson, Ascot's chief executive, said: "We're delighted that Royal Ascot has been accepted to play its part in the next phase of the government's Events Research Programme. We very much look forward to welcoming 12,000 racegoers each day.

"Our thanks go to our industry bodies, the British Horseracing Authority and the Racecourse Association which led the preparation of the submission to government."

It is not yet known whether there will be a royal presence at the meeting, but the track assures racegoers it will feature its typical pageantry which makes it such an iconic event in the British sporting calendar. 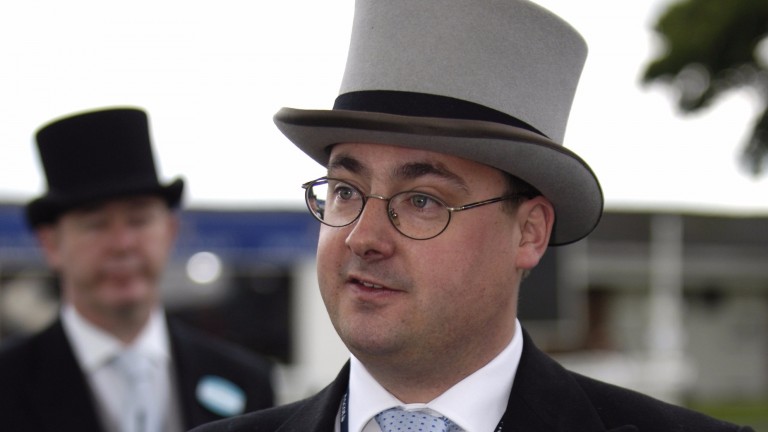 Nick Smith: "The eyes on the world and the country will be on the event"
Edward Whitaker

Ascot's director of communications Nick Smith said: "This is by far and away the biggest crowd to attend a racing event for well over a year and we'll be running it as the royal meeting should be run, with the dress codes in operation and the site will be dressed and beautiful.

"It'll look and feel like Royal Ascot, and because people will be so used to smaller crowds, 12,000 will probably feel like the party it's meant to be.

"The eyes of the world and the country will be on the event. It's a responsibility to carry out the event with the authorities and in the way they want it to be done and to provide the right information and data which is required. It's a pressure event and we're working in an extremely tight timescale now to build the detail and communicate what's required in terms of testing and how the event will be delivered."

Ascot was supported by the Department for Digital, Culture, Media and Sport along with Public Health England and the racecourse's Safety Advisory Group. 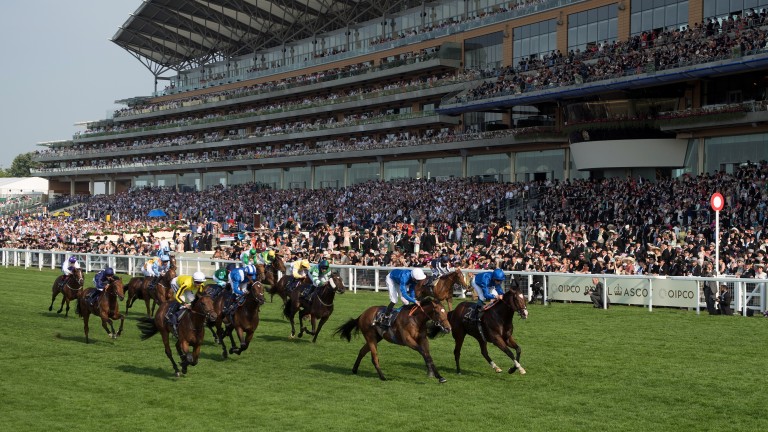 Royal Ascot attracted a crowd of 292,719 across the five days in 2019
Edward Whitaker

Other recent sporting pilot events included the FA Cup Final with around 20,000 spectators visiting Wembley, while Premier League clubs were permitted to allow up to 10,000 home fans to attend the final two rounds of matches.

BHA chief executive Julie Harrington welcomed Wednesday's announcement, not just as a boost for Ascot but for the wider sport. Last year the meeting was held behind closed doors with owners unable to attend.

Harrington said: "It’s excellent news that Ascot will be included in the Events Research Programme as a pilot event. It's an opportunity to demonstrate how racing events are perfectly suited to safely hosting spectators in greater numbers as we progress through the government's roadmap for the easing of lockdown restrictions.

"We're grateful to DCMS and this outcome reflects the strong and positive relationship between racing and government. Working with colleagues we will ensure that our participants remain protected to the same degree that has been achieved with racing's bespoke coronavirus protocols since resumption in June 2020."

David Armstrong, chief executive of the RCA, believes the experience is an opportunity to test out the procedures required to have bigger crowds in racecourses ahead of the provisional easing of all restrictions on June 21. The choice of Royal Ascot also highlights the faith government is willing to show in racecourses.

He said: "We're very pleased that we've been asked to do this and we actually had a second venue that would have been a pilot but we couldn't get the technology right for it. 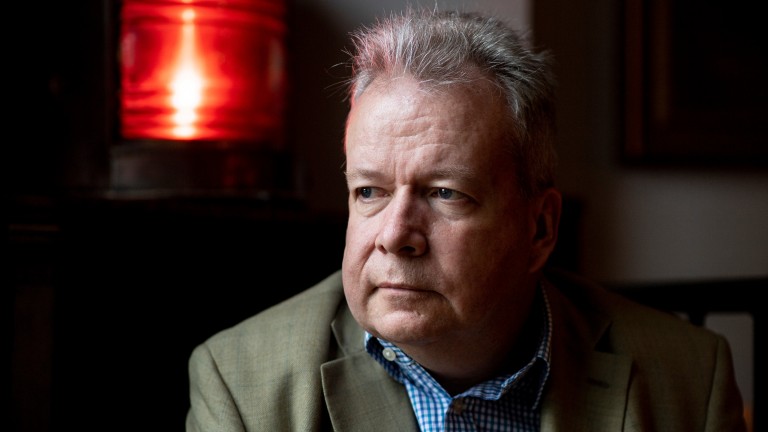 David Armstrong: "We'll be able to test out a range of things to see what we'll need when June 21 comes around"
Edward Whitaker

"We were offered two in this final stage along with the two football [pilots], one cricket and there was one rugby that had to drop out. We're front and centre and it certainly confirms the strength of the relationship with government."

However, Armstrong did add a note of caution over the possible long-term benefits of the Ascot pilot while the national guidelines beyond June 21 remain unknown.

He said: "What we are trying to do is to create an environment which is as close to normal as possible so it will allow us to understand the pressures of a raceday and any issues regarding spectators wandering around. We'll be able to test out a range of things to see what we'll need when June 21 comes around.

"But the key piece of information we're missing is what the national guidelines are going to be for June 21. If they are to broadly 'return to normal' – which is what we're hoping for – then what we're testing at Ascot is absolutely perfect. If there is still some form of restriction that we're not testing then it's helpful but it won't do the whole thing for us."

FIRST PUBLISHED 9:21AM, MAY 26 2021
We'll be running it as the royal meeting should be run, with the dress codes in operation and the site will be dressed and beautiful

'He changed the face of racing' - promotional pioneer Tony Fairbairn dies at 87 Goodwood Cup second Away He Goes lined up for 'exciting' Melbourne Cup bid 'Heartbreaking' end for mare whose trainer slept in her stable to nurse her 'Like a man folding a deckchair' - amateur legend Brod Munro-Wilson dies at 76 Family affair as apprentice jockey Elle-May Croot rides her first career winner Views from the sofa: 'Racing is not, and never will be, a team sport'