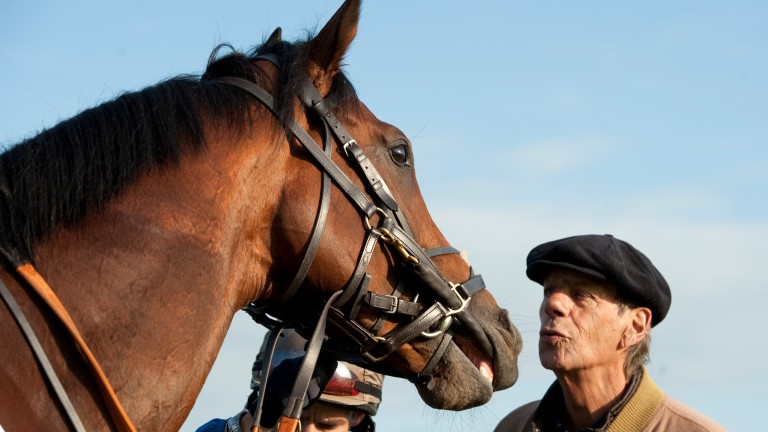 On the morning of August 13, 2010, few outside a close-knit circle close to the yard of Sir Henry Cecil would have had any inkling that was a day set to go down in racing history.

The Newmarket evening meeting that Friday seemed most notable, at least initially, for the fact Westlife were playing a gig after racing, but in retrospect the 6.35 maiden proved to be easily the most momentous thing that happened on the July course that day – or that year.

As the form book shows, the race was won by a Galileo colt named Frankel, chased home by the John Gosden-trained Nathaniel.

We know now that this was one of the most remarkable maidens ever, with the winner going on to be lauded by many as the greatest racehorse in history, while the runner-up proved to be top class as well.

That this was arguably one of the all-time great maidens is easy to say in retrospect, but how did those on the ground that day for the Racing Post report what would prove to a historic moment?

Watch: Members can click here to watch Frankel glide past Nathaniel to make a winning debut

Peter Scargill was the reporter at the meeting, and he didn't hesitate to make Frankel the lead item in his race report, writing that he "oozed quality" as he ran to success.

Speaking ten years on, Scargill said: "Torrential rain accompanied Frankel's debut at Newmarket ten years ago, and so did fervent anticipation as gossip around the July Course centred on 'Cecil's horse in the two-year-old race'. Rumour of a 'good thing' always accompanies a Friday night meeting, but this was different – the town seemed certain this was a proper horse about to race.

"The manner of his victory was taking if not quite as visually striking as the pre-race talk had intimated. Luckily for us, over the next two and a half years we would be wowed again and again by an equine superstar."

Khalid Abdullah and Bobby Frankel enjoyed many successful days together as owner and trainer until the latter’s death last year, and Abdullah may have found a way to pay fitting tribute to the legendary handler with a win by the horse named in his honour.

Frankel, trained by the equally legendary Henry Cecil, oozed quality as he landed the 1m juvenile maiden on debut under jockey Tom Queally.

The 7-4 favourite, a three-parts brother to Lingfield Derby Trial winner Bullet Train, quickened well in the rain-soaked ground to score by half a length. 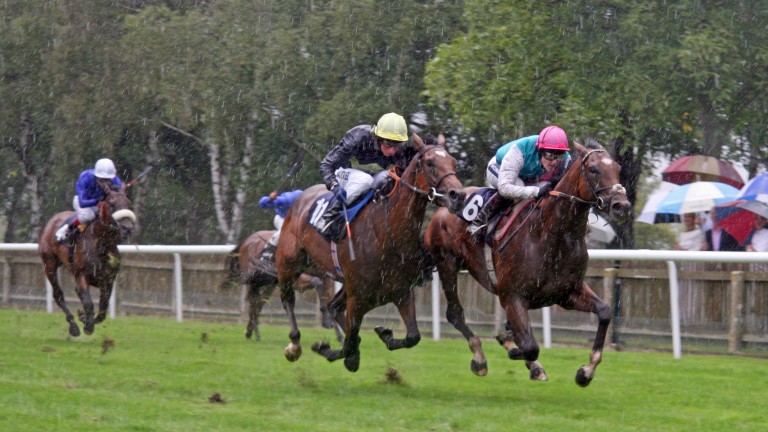 Cecil said: “He’s done it well on that ground and could be a nice horse if he goes the right way. He’s in the Royal Lodge and the Racing Post Trophy, but we’ll have to see how he is. He’ll stay at a mile for now.”

Scargill might have felt a tad underwhelmed considering the pre-race hype, but he was still perspicacious enough to select the winner for the report's 'star performance award', noting it was "hard to get away from Frankel – a very taking debut success".

Meanwhile, Tony Rushmer was on race analysis duties. Rushmer, who would go on to write a book about Frankel's trainer called The Triumph of Henry Cecil, said: "The thing about Frankel was the way in which he appeared to quicken twice – he seemed to find two different turns of foot to hold off Nathaniel.

"The fact that he quickened twice seemed out of the ordinary. It made him all the more exciting. It meant quite a bit to me as I had a real attachment to the Henry Cecil stable and cheered every Warren Place winner like I would a Norwich City goal!

"The only other maiden winner at Newmarket I can recall who made a similar impression was Kingman."

This looked an above average maiden that will throw up a stack of winners. The first two home left the impression that they are more than entitled to their lofty entries.

Frankel is closely related to the stable’s Lingfield Derby winner and is out of a Listed winner. A February foal, the manner in which he travelled up to challenge the eventual second was visually impressive.

Barely off the bridle, he only needed to be nudged out by his rider to settle this and will have learnt plenty from the experience. He is in the Royal Lodge Stakes and, with the programme book not full of options for a horse who certainly won’t have been missed by the handicapper, that could be an interesting target.

Nathaniel, closely related to Playful Act and Percussionist, looks sure to enhance the family’s reputation. If it hadn’t been for the winner, he’d have been a five-length Newmarket maiden winner and grabbing the headlines himself. He is undoubtedly a smart prospect and, on breeding, looks sure to improve as he matures from this very pleasing debut.

FIRST PUBLISHED 6:00PM, AUG 12 2020
We know now that this was one of the most remarkable maidens ever

One trainer, one horse, one jockey and one race to watch on Friday Hall of Fame for British Flat racing to be launched next week The Greenham is a race for stars - so could we see another Frankel or Kingman? Poignant victory for the Queen as all roads lead to Royal Ascot for Tactical Godolphin v Coolmore as top prospects clash in strong running of Craven July Cup hero Oxted bids for back-to-back Abernant wins with Moore aboard