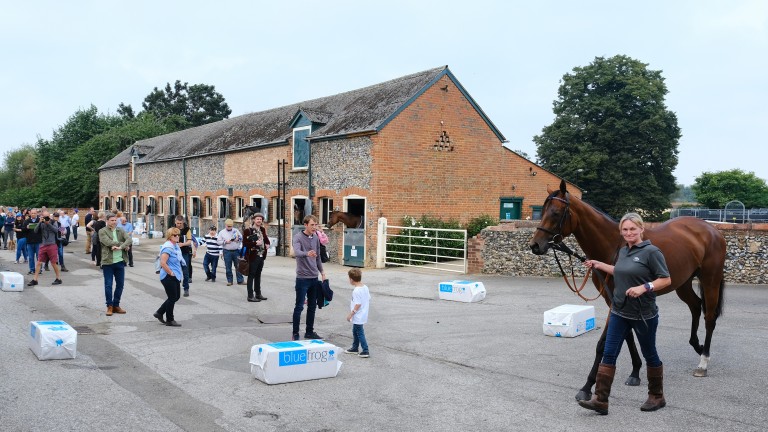 Lady Bowthorpe is paraded in front of the crowds at Phantom House Stables
1 of 1
By David Milnes, Newmarket correspondent UPDATED 7:11PM, SEP 19 2021

A record number of yards opening their doors attracted a record number of people to the Henry Cecil Open Weekend in Newmarket on Sunday, when crowds flocked to see some of the superstars of Flat racing.

Organisers said it was the most successful staging of the event since its revival in 2012, with 30 stables open across the town plus other equine sites helping to attract almost 3,000 people.

In keeping with tradition the day started with a gallops event at 8am on Warren Hill, where nearly 1,000 visitors, including from as far away as Scotland and the West Country, caught sight of stars such as Stradivarius, Palace Pier, Mishriff and Baaeed cantering past. 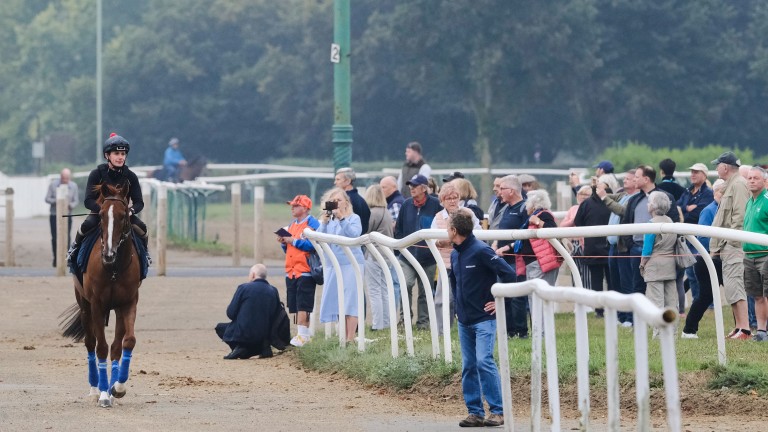 Stradivarius was a big draw with the crowds on Warren Hill

Saeed bin Suroor’s Godolphin Stables was a popular draw and there were queues to get in long before the opening time of 9am. The trainer and Godolphin managing director Hugh Anderson were on hand to welcome visitors to the immaculate former Stanley House yard, which dates from 1890.

Anderson said: “The turnout has been totally beyond our expectations. Although they had to queue, people have been very patient and it’s been a real pleasure to welcome them. I’ve met people here today from as far away as Somerset.” 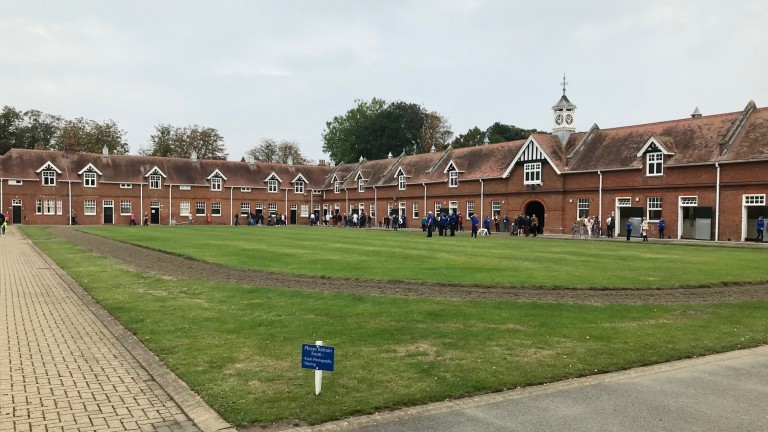 There was another healthy turnout on the Bury Road at the yards of Roger Varian and Charlie Fellowes, with the latter running a ‘Guess the weight of Prince Of Arran’ competition to win a morning on the gallops with the trainer, who also doubles up as the chairman of the open weekend.

Across town on the Hamilton Road, Amy Murphy had made a notable effort with her yard and many were also drawn to Simon and Ed Crisford’s base at Gainsborough Stables, which was open for the first time.

In the centre of the town, Kevin Philippart de Foy laid on free food and drinks for visitors to Machell Place and just around the corner Patrick Owens had a competition to name a two-year-old filly by Adaay. One local wag came up with Adaay In The Affleck, which is a pub in the nearby village of Dalham.

Many also made their way to the National Horse Racing Museum, where the recently retired mighty sprint star Battaash was in attendance. 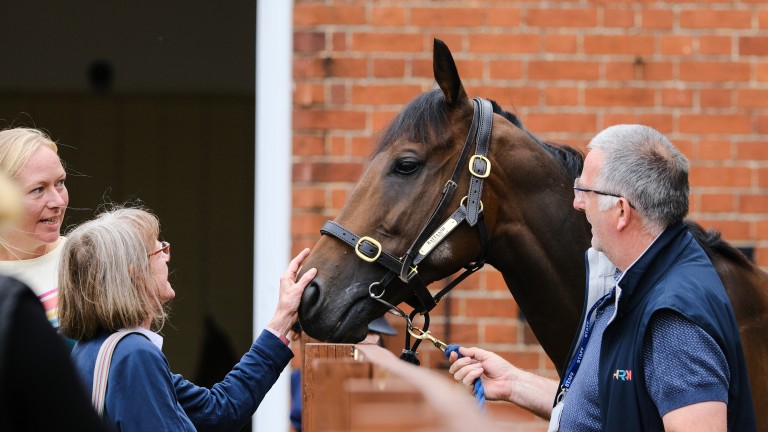 Battaash meets the visitors at the National Horse Racing Museum

Jarvis said: “The yard got very busy for both parades and there’s been a lot of interest. It’s good for the town and for racing to see such a turnout.”

Wallis said: “We’ve had way the biggest turnout ever this year and we’ve counted 1,400 on the Severals alone for the afternoon events, when previously we’ve been lucky to get 800. It’s been a great climax to National Racehorse Week.“

One of the other judges was Newmarket mayor Mick Jeffries, who said: “The yards have all been brilliant and everyone has done Newmarket proud. It’s been a pleasure to walk around the yards and I’ve learned a huge amount.”

The Clipper Logistics Racing Personality Showjumping, staged on the Severals in the afternoon, was won by a team comprising George Scott, Jamie Spencer and Chloe Spencer.

Saffron Beach puts on the style at Sandown with Atalanta win

Ante-post Pricewise on the Cambridgeshire: 'He won with loads in hand and we haven't seen the best of him yet' (Members' Club)

FIRST PUBLISHED 5:34PM, SEP 19 2021
The turnout has been totally beyond our expectations. Although they had to queue, people have been very patient