How Lorna Brooke beat some giants of the game at Fairyhouse 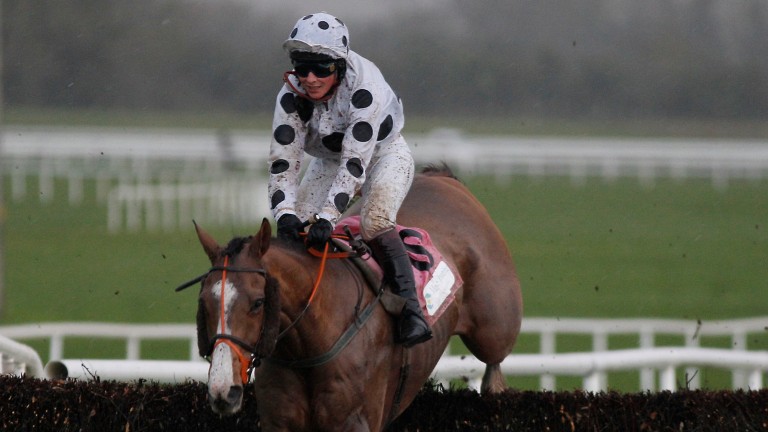 First she saved the race, then she won it.

The inaugural running of the Today FM Ladies Handicap Chase, the first race over fences in Ireland solely for female riders, was staged at Fairyhouse in November 2015 but it was almost over before it even began.

The concept was the brainchild of Fairyhouse manager Peter Roe but, in the words of the man himself, it "almost fell flat on its face" as a dozen horses were declared but a dozen female jockeys had not yet been found.

Roe explained: "The entries came in and Paul Stafford rang me to say he had no jockey for his horse [Moonlone Lane]. I had been in touch with Sarah Oliver of the English Amateur Jockeys Association a few weeks earlier and she recommended Lorna as a really good old-fashioned amateur rider if we were stuck and needed more riders. I told Paul about Lorna and he said he'd be happy to use her.

"So over comes Lorna to ride a horse with absolutely no form, a rank outsider who looked to have no chance whatsoever, yet all she kept saying was how much she appreciated being asked to ride in the race.

"She said she always wanted to ride in Ireland and she was absolutely thrilled to be able to tick off that box. Then she ends up winning the bloody thing! You couldn't write it. It was just unbelievable. She gave the horse an absolute peach of a ride too. It was a brilliant way for the race to start, especially since it almost fell flat on its face when the declarations came out."

'She was so passionate' – amateur jockey Lorna Brooke dies after fall

Moonlone Lane had failed to complete on six of his previous 11 starts and his form figures of FU4FP46P7U5 looked more like a Countdown conundrum. He was 25-1 and the only surprising thing about that was the fact he wasn't an even bigger price.

Stafford wasn't even at Fairyhouse that day. He was supposed to have runners at Hexham but that meeting was abandoned.

"Hexham was postponed and I was on my way home, coming through the toll bridge outside Drogheda, when my phone started beeping," Stafford said. 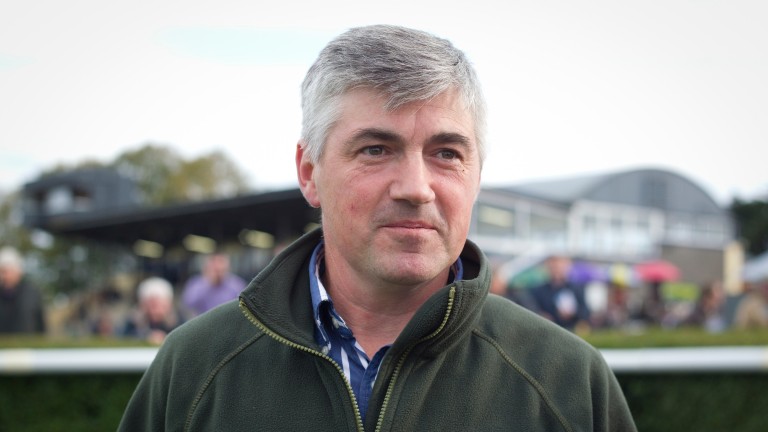 Paul Stafford: "She was such great fun and we had a lovely day"
Patrick McCann

"Then one of the lads rang me to tell me the horse had won. I couldn't believe it. It was a big surprise. Lorna just clicked with him.

"I'm a firm believer in not changing a winning partnership so she kept the ride and won again on him at Musselburgh the following month. She came up to Musselbrugh that day with Richard Johnson. She was such great fun and we had a lovely day. She came over to ride him again at Down Royal that Christmas. They got on great together.

"We kept in touch with each other over the years and every time I had a winner she would always get in touch to congratulate me and vice-versa. I always followed her when she was riding.

"That day at Taunton I was watching the replays that night and, like I always do, I fast-forwarded to the third or second-last. I presumed the horse she was supposed to ride didn't run but then I later found out she had fallen. I couldn't bring myself to watch the rest of the race.

"She was such a lovely girl and just loved what she did. She was one of the soundest, most down-to-earth people you could meet in your life. She had a great personality. I cannot get my head around what's happening."

Brooke beat the best female riders in the business that day at Fairyhouse. Katie Walsh was second on On The Shannon; Lizzie Kelly third on Rightville Boy; Rachael Blackmore was fourth, while Nina Carberry, Jane Mangan and Lisa O'Neill also took part. It was a very big deal.

Lee Mottershead: remember her joy but be reminded of the dangers as we mourn Lorna Brooke

Reflecting on Brooke's big win, O'Neill said: "She got some tune out of the horse that day. She put us all in our place and showed us how it was done

"I rode with her a few times after that in ladies' invitation races and she was always such a lovely girl. That day she came over to Fairyhouse she was great fun. She was such a lovely person to chat to. You could tell she loved what she was doing. Getting to ride around Fairyhouse was a really big deal for her and she loved every second of it.

"She was so approachable, always so warm and friendly. You wouldn't find an easier person to talk to. She was just a genuinely nice girl. It breaks my heart what's happened to her."

Walsh, who chased home Brooke that day on On The Shannon, said: "It's horrific. My thoughts are with her family. You think you have problems and that the bounce of the ball might not be going your way but then you see something like this happen and it puts it all in perspective. It's tragic."

FIRST PUBLISHED 6:06PM, APR 19 2021
So over comes Lorna to ride a horse with absolutely no form, a rank outsider who looked to have no chance whatsoever