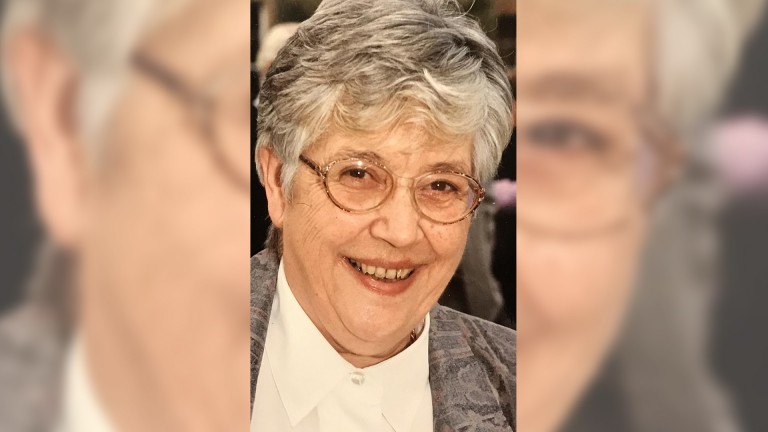 Mrs Rock was a familiar face in the Racing Post’s Raynes Park offices in the early days of the fledgling newspaper in the mid-1980s, assisting with general administrative work and even occasionally taking copy over the phone.

She also enjoyed following horses part-owned by Graham, taking particular delight in the triumph of Pasternak, the heavily-backed 4-1 favourite in the 1997 Cambridgeshire at Newmarket, carrying her husband’s colours.

J A McGrath, who worked at the Racing Post in its formative years, said: "Joan was a feisty Yorkshire lass, whose strong personality shone through on her frequent visits to our new London offices. I first met her when she came to live in Hong Kong, where Graham worked as a stipendiary steward and handicapper prior to his time at the Post.

"She was a kind and generous person, and she was a key figure in those exciting early days when the newspaper was being launched. She and Graham were devoted to each other.

"Some time after they left the Racing Post, illness unfortunately struck. Joan recovered from a brain tumour, being nursed back to health by Graham, who sadly was later hit by cancer himself."

Following Graham’s death in 2001, Joan returned to her home county Yorkshire, where she resided in Ilkley for 14 years before moving to a care home in Dorset.

She passed away peacefully late last month and is survived by her step-daughters Madeleine and Katharine.

Her funeral will take place at All Saints Church, Ilkley, West Yorkshire, at 3.30pm on Thursday December 9. Family flowers only will be allowed but charitable donations can be made to Alzheimer's Research UK.

FIRST PUBLISHED 5:26PM, DEC 4 2021
She was a kind and generous person, and she was a key figure in those exciting early days when the newspaper was being launched

'Hopefully I can get a clear run in the spring'- Josh Moore closing in on return 'I was happy to get to the end of the dance without standing on Pasquale's foot' 'It was a shame' - jockey misses out on winner after positive Covid-19 test 'His work was very, very good' - Shishkin set for Energumene clash at Ascot 'I should have checked' - trainer fined after buying wrong horse in sales mix-up Trainers applaud HRI response to longstanding Dundalk balloting issue
Bookmaker
Price
E.W. Terms
bet365
Open Account
Ladbrokes
Open Account
William Hill
Open Account
Coral
Open Account
Paddy Power
Open Account
Betfair
Open Account
Sky Bet
Open Account
Sporting
BetVictor
Boylesport
888sport