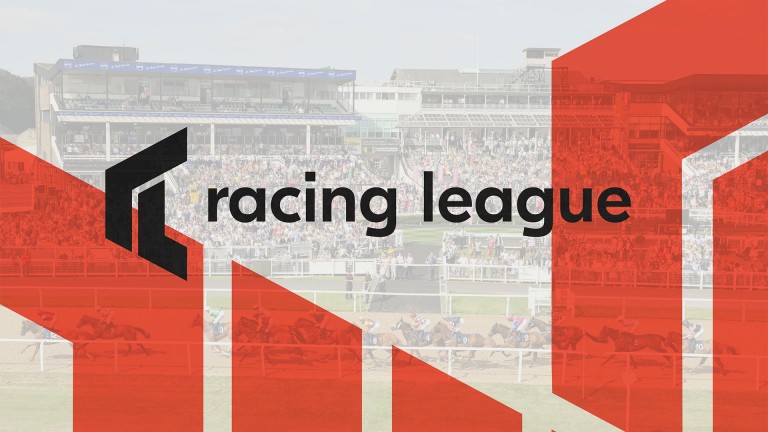 The Racing League gets under way on Thursday evening at Newcastle, launching a six-week team competitionthat runs until September.

A total of 12teams will bid for £1.8 million in prize-money throughout the series, with each team made ofup to four trainers, three jockeys (plus a reserve) and 30 horses.

Teamswill field a single runnerfor each of the six races on the card bearing team silks, with the weekly fixtures broadcast on Sky.

The lowdown on the 12 teams 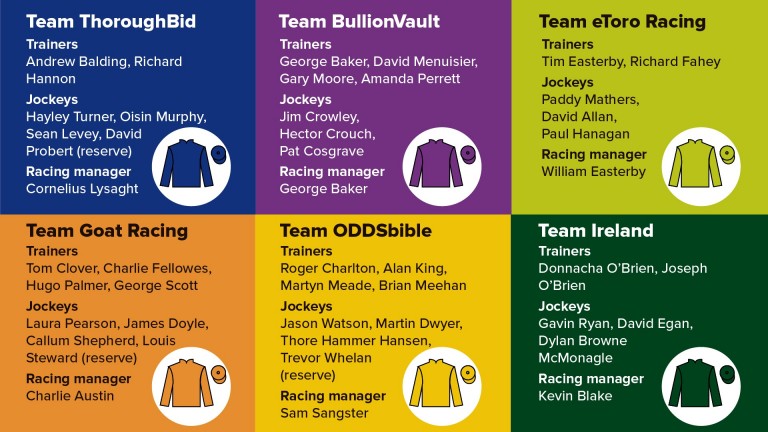 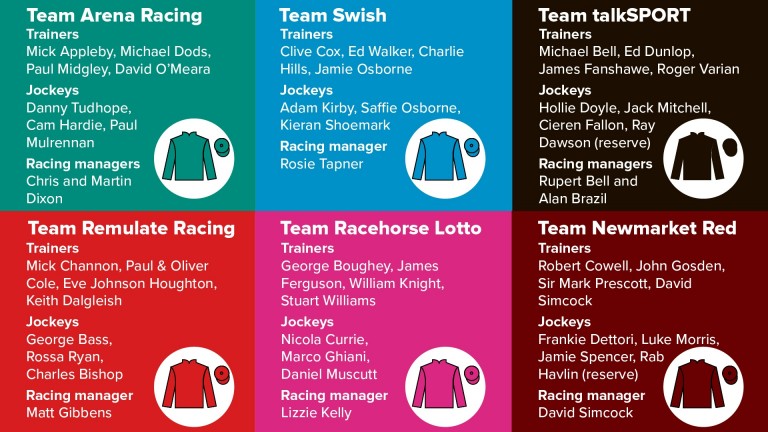 The Racing League: the big races on Thursday

Copper Knight, the clear pick of the field, takes adrop in class in the opening race. A course-and-distance winner in 2018, the seven-year-old has never been far off the mark in his four runs at Newcastle and runs for trainer Tim Easterbyunder the eToro Racing banner.

The Paul Midgley-trainedSaluti must be respected for Team Arena lower down the weights following hisclose thirdhere in June last time out, whileKingsholm's all-weather formlooks promising for Team talkSPORT and James Fanshawe.

Cash Machine is the most lightly raced runner in the field for trainer Tom Clover. He steps into handicap companyfor the first time forthe Goat Racing team after three promising novice runs, whichincluded a success over the distance at Chelmsford.

Team Arenaare againin contention with the Mick Appleby-trained Mohareb, who recently ended a 17-race losing streak at Lingfield and seems tohave a preference for six furlongs, as does Royal Musketeer for Team Swish and Charlie Hills, with two wins to the colt's name already.

Scored at Lingfield latest; up 2lb but effective here and still feasibly treated

It's been over a year since Woven last won for the yard ofMichael Dods, but that success was the five-year-old's lasttry over seven furlongs, and a return to that distance may bring out the best in him for Team Arena.

Team ODDSbible's hope Gavi Di Gavi comes off the back of Kempton success, but is facing a step up in class against some proven handicappers for trainer Alan King.

The unexposed Flyin' High has won two of his four starts, both coming over course and distance. The three-year-old was disappointing for Andrew Balding in the Listed Fairway Stakes in May, and makes his Newcastle reappearance for Team ThoroughBid and Hayley Turner.

Jumping up in classis the Joseph O'Brien-trained, and Team Ireland runner, Sincerest, but she showed ability when winning at Killarney by over four lengths, while Team Swish's Menai Bridge has yet to be beaten on the all-weather for Charlie Hills.

3-7 in handicaps and 2-2 on AW; should continue to give a good account

Newmarket Red have Sir Mark Prescott to thank once again as they field Jebel Dukhan, who was a comfortable winner at Newcastle five days ago and sets out over the same distance.

First-time cheekpieces may bring out the best in Bright Idea for Joseph O'Brien and Team Ireland, while a recent Newbury win for True Scarlet may set her up in good steadin this race for Ed Walker and Team Swish.

Last month's King George V Stakes seems tohave unearthed somedecent handicappers, and Marshall Plan may join their ranks after suffering from a bad draw at Royal Ascot. The John and Thady Gosden-trained colt was not far off the pace when finishing eighth, and this grade may be more comfortable for the three-year-old representing Newmarket Red.

The main competitioncomesfrom In The Breeze, who made his first step up to 1m4f a winning one at the start of the month. It will be the first run on the all-weather for the Team ODDSbible runner.

Not beaten far in big 1m4f handicap at Royal Ascot; can fare better in this grade

FIRST PUBLISHED 2:00PM, JUL 29 2021
He steps into handicap company for the first time for the Goat Racing team after three promising novice runs