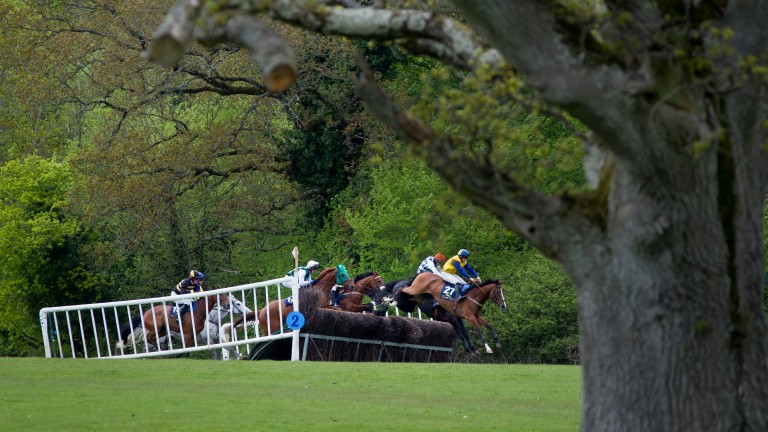 Point-to-point racing in England is set to restart on March 29
Patrick McCann (racingpost.com/photos)
1 of 1
By Tom Ward and Mark Boylan UPDATED 11:57AM, FEB 24 2021

The Point-To-Point Authority has confirmed that the sport in England is set to restart on March 29, although the situation in Ireland remains uncertain following the extension of the country's current strict lockdown until at least April 5.

Point-to-pointing in England has been on hold since January 4, when new lockdown rules banned all non-elite sport from taking place.

However, on Monday prime minister Boris Johnson announced plans for a phased lifting of lockdown including the return of grassrooots  sports from March 29 at the earliest.

PPA chief executive Peter Wright said: "We are working hard to create a new fixture list which reflects the situation, and hope to have one available by the end of this week – there are no shortage of volunteers.

"I realise that this will be disappointing news for some as we are inherently safe with very low densities, no fomites and no ventilation problems – apart from it sometimes being too windy.

"However, we do not operate in a bubble and we have to be on the same page as other amateur sports."

In Ireland, Tuesday evening's national address from Taoiseach Micheal Martin confirmed an extension of the current strict lockdown until at least April 5, raising the possibility of some sports returning after this point.

The Irish point-to-point sector was shut down on January 13 following government advice and Martin's address did not provide any specific clarity on when the sport can resume in its previous behind-closed-doors guise.

HRI chief executive Brian Kavanagh, speaking before the Public Accounts Committee on Tuesday, said: "We're in constant contact with the department of agriculture. I've made a written submission to them last Wednesday formally putting on the record that the resumption of point-to-points be considered at the earliest possible date. We're all waiting to see what comes out of the news during the course of this week."

He added: "The easiest solution would be the resumption of point-to-pointing because that's specifically what the community wants, with strict protocols that have been applied safely on tracks since last June.

"Failing that, we can seek to accommodate some of the races that point-to-point handlers use their horses for on track – they've told us that's not ideal. Anything we do on the track would, by its nature, be the tip of the iceberg, it would be tinkering with the fundamental problem."

FIRST PUBLISHED 7:00PM, FEB 23 2021
We are working hard to create a new fixture list which reflects the situation, and hope to have one available by the end of this week