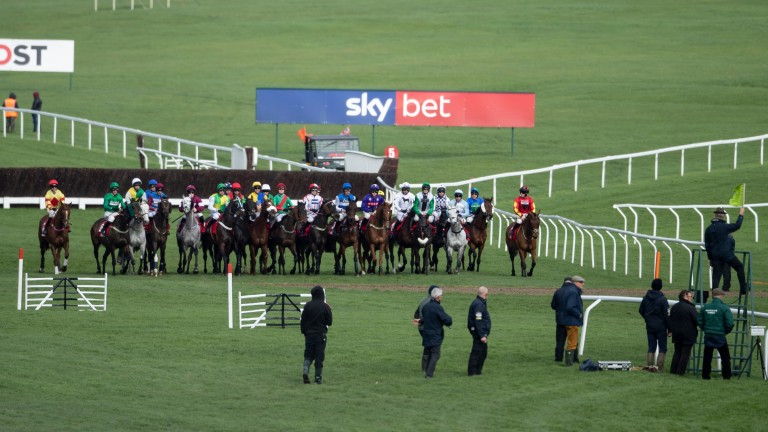 The report exempts racing from restrictions on gambling ads at sports grounds
Edward Whitaker (racingpost.com/photos)
1 of 1
By Bill Barber UPDATED 6:55AM, JUL 2 2020

Peers have given horse and greyhound racing an exemption from tight restrictions on gambling advertising recommended in the latest hard-hitting report from Westminster on the gambling industry.

Writing in the Racing Post, Lord Grade, the chair of the House of Lords Gambling Industry Committee, said they had recognised the benefits of the relationship between racing and gambling but warned it contained inherent risks.

The committee's report, published on Thursday, also urged the government to take urgent action over what Grade described as the "ideal conditions for addictive 24-7 gambling", while peers had also been "shocked" by the behaviour of some gambling operators.

Among 66 recommendations made in the report is that gambling operators should no longer be allowed to advertise on the shirts of sports teams and that there should also be no gambling advertising in or near any sports grounds or venues.

It adds that "these restrictions should not apply to horseracing or greyhound racing".

Lord Grade wrote in the Racing Post: "Horseracing is interlinked with the gambling sector, as one of the most recognisable and popular products on which people gamble." 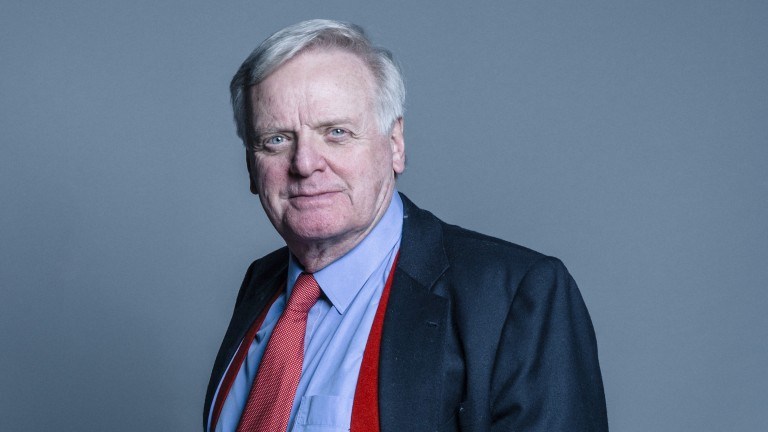 Lord Grade: "Horseracing is interlinked with the gambling sector"

He added: "However, there are risks inherent in the close relationship between racing and gambling, particularly when stronger regulation of the gambling industry may have unintended consequences for racing.

"It is to protect the horseracing industry that we decided to exempt it from our proposed ban on gambling sports advertising."

Lord Grade wrote that betting on a racecourse was "worlds away" from the "high-speed, high-stake, frequent-spin products that are available online".

He went on: "We believe that different products should be regulated differently, with those most likely to cause the greatest harm facing stricter regulation." 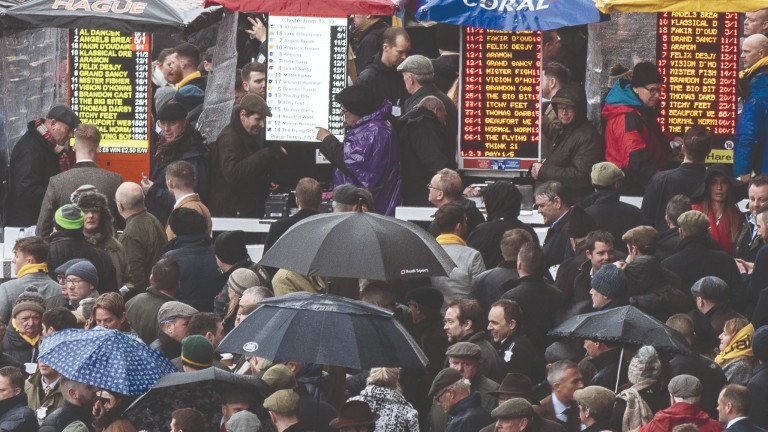 However, he warned against complacency, pointing to when racecourse bookmakers have performed badly in under-age gambling checks, such as at Royal Ascot last year.

As a result, the report recommends that more age verification testing is carried out on racecourses and that those bookmakers who fail be subject to "the full range of enforcement action" available to the Gambling Commission.

Among other actions the committee called for were recommendations on more stringent affordability checks and product testing, the creation of a statutory independent ombudsman to settle disputes between gambling operators and gamblers and a mandatory levy on the industry to pay for research, education and treatment of problem gambling.

In a statement accompanying the report, Lord Grade said that while most people who gambled enjoyed it safely, it had also caused harm and claimed it led to "hundreds of people each year taking their own lives".

He added: "The behaviour of some gambling operators, where vulnerable people were targeted with inducements to continue gambling when the operators knew they could not afford to, shocked the committee.

"Urgent action by the government is required. Lax regulation of the gambling industry must be replaced by a more robust and focused regime which prioritises the welfare of gamblers ahead of industry profits.

"Addiction is a health problem which should be treated by the NHS and paid for by gambling industry profits. The government must impose a mandatory levy on the industry. The more harmful a gambling product is, the higher the levy the operator should pay."

The Gambling Commission was criticised by the report, including for being too reticent to use its powers. 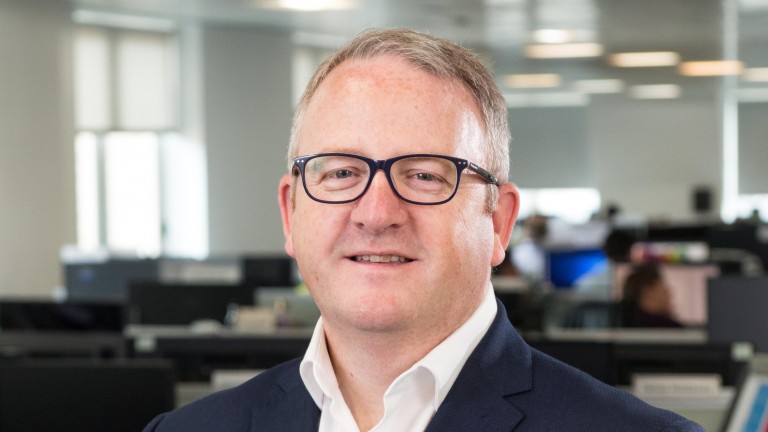 The regulator's chief executive Neil McArthur said in response: "We recognise that criticism is something that all regulators face.

"Where the criticisms are justified we will learn from them, but as we have been completely transparent and candid in all the evidence we have given to the various committees, in many areas this and other recent reports are playing back issues we have raised, know we need to work on and are already working to improve."

Betting and Gaming Council chief executive Michael Dugher described the report as "a substantial and important report on the future of gambling regulation".

He added: "There is much in it that we support and while we don’t agree with every recommendation, we feel this is an important contribution to the debate and the approach the Lords took was constructive.

“We would now urge the government to bring forward their planned review of the Gambling Act without delay and to work with the industry on an evidence-led approach to future regulation."

The government has promised to launch a review of the 2005 Gambling Act, although the timetable has yet to be revealed.

FIRST PUBLISHED 12:01AM, JUL 2 2020
It is to protect the horseracing industry that we decided to exempt it from our proposed ban on gambling sports advertising